Pakistan’s first mass transit rail system, Lahore’s Orange Line Metro Train, which spans across a 27-kilometre stretch of the city, has famously started its service. Curious, I decided to give it a try.

Currently, the service is offered every four minutes between 7:30am and 8:30pm. My planned journey began from its Ali Town Station, one of the two-end stations for the line, at dusk. An ample parking space for vehicles was almost full. Entry points were manned by a security guard, and passengers were being screened upon entry. There is a separate screening area which is attended by female staff. The massive station reminded me of Dubai metro stations in terms of its design — a gray exterior façade and a tiled interior.

The entry from the street to the first level of the station (called Terminal) and second level (called Platform) was accessible through stairs and an escalator. An elevator was available between the terminal and platform levels, but did not extend down to the parking/street level.

The main entrance of the terminal area was equipped with automated ticketing machines which accepted currency, in addition to manned service desks for purchasing tickets or dedicated passenger cards. A simple transaction through the automated machine for a one-time token took less than a minute. A staff member was on hand to guide the passengers.

The cheapest “token” is priced at Rs 40. It covers travel between any two stops within a 60- to 90-minute period. Passengers must keep the token on them, as it is required at the entry/exit points. They can also head to a service counter and get a plastic card made, which can then be topped up for travel. The issuance fee for this card is Rs 130.

A train is scheduled to arrive once every four minutes. Each train stops for around 30 seconds, with a large timer clock visible at both ends of the platform. While passengers are advised to wait for commuters to disembark first, the usual chaos ensued with jostling to get on or off the train in a rush. It was evident that the staff was overwhelmed and expected the passengers to work it out on their own.

On board, limited seating is available, whereas a combination of side and top-down handrails and support handles are provided for commuters who are standing. Large display screens near the doors point out the time, duration of the journey to the next stop and name of the next stop, in both English and Urdu. Audio announcements in both languages are also played prior to reaching a station. Furthermore, a route map, complete with LED-lit progress tracking is also provided above the doors, which allows passengers an eye-view of the total journey’s progress and upcoming stops. This makes it easier to plan your egress.

As you exit, you are required to access a different level (except at the underground stops), which can be accessed via stairs, escalators, or an elevator. Exit barriers can be opened by depositing the token obtained from your point of origin. While I received contradictory information about the validity of the tokens, it appears that these are valid throughout the network for between 60 and 90 minutes. It is worth mentioning here that if the time limit is exceeded, passengers may be required to pay an additional fee on exit. Users who have cards in their possession must scan them on the way out, which automatically deducts the ride’s amount.

I would like to point out some obvious safety issues and oversights that must be rectified if the service is to be sustained in the long term. First, there was no enforcement of SOPs vis-à-vis social distancing or mask-wearing. Several local staff members were also performing duties without masks.

Second, the security screening process was haphazard, with no metal detectors and selective patting down. Passengers with large amounts of luggage were patted down but the luggage was not screened or inspected.

Lack of staff is noticeable the minute you enter and exit the stations. Understaffed security points and ticket desks coupled with no guides to provide information may pose serious challenges for commuters in the future. In my experience, only one guide was available to handle customers on five automated ticketing machines. Similarly, the recent clip shared on social media, showing two groups fighting each other, begs the question of emergency response and security presence.

We all know the steel sheets on top of railway bridges are there for a reason. At some of the smaller stops, there was no protective glass or fence which could create a serious security risk or lead to an untoward incident.

Lastly, while an elevator is provided at each station, it usually does not extend to the parking level. Instead, the elevator is only useful to shuttle between the station’s reception area and platform.

Also, I found no facilities for the differently-abled at the stations.

The writer is a development sector professional with nearly a decade of experience in communications and reporting. He has supported the implementation of The World Bank’s Disaster and Climate Resilience Improvement Project (DCRIP) and ADB’s Flood Emergency Reconstruction and Resilience Project (FERRP) in Pakistan

By OLMT: An insightful journey by the freshly started Orange Line Metro Train 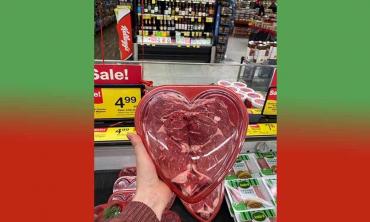 Valentine’s Day and the media marketplace 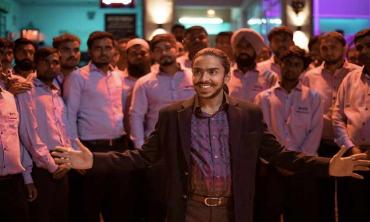 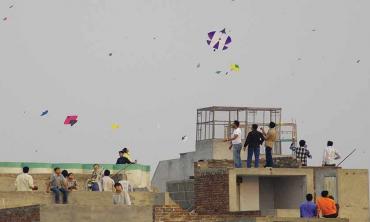 It’s that time of the year…