Had actual tax been collected from tax evaders, the poor could have been provided affordable houses

This is the last part of the series highlighting vital non-disclosures in its various publications on the part of Federal Board of Revenue (FBR). In the last two articles, Sales tax collection, TNS, Political Economy, The News, November 1, 2020 and The missing disclosures, TNS, Political Economy, The News, October 18, 2020, income tax and sales tax were discussed. This last part evaluates the performance of FBR in respect of customs duty and federal excise duty. Additionally, the issue of non-disclosure of tax evaders availing asset-whitening/tax amnesties, through laws passed by National Assembly, in gross violation of Article 19-A of the Constitution of Islamic Republic of Pakistan (“the Constitution”) has been highlighted.

According to FBR Year Book for 2019-20, collection of Customs duty “constitutes around 25 percent and 15.7 percent of the indirect taxes and federal taxes respectively”. After admitting that “the net collection from customs duty during FY 2019-20 has been Rs626.4 billion, which is 8.6 percent lesser than the collection of previous year”, a shocking claim is made in the very next line that “the healthy growth in customs collection has helped the overall FBR revenues positively” [Page 20 of FBR Year Book for 2019-20].

As in the case of other taxes, 59 percent customs duty collection was from “10 commodities grouped in PCT Chapters”, as per admission of FBR (Table 10, page 20 of FBR Year Book for 2019-20). There is no mention in FBR Year Book for 2019-20 of any case of crackdown on smuggled goods and recovery from those engaged in this unlawful activity, number of cases filed and their outcome. The same is the position in respect of other malpractices e.g. under-invoicing and misdeclarations etc. Against the original target of Rs889 billion, collection was Rs626.4 billion, which exceeded revised target of Rs.546 billion by Rs80.4 billion. There is no disclosure of slab-wise collection and effective rate of customs duty vis-à-vis the total imports.

It is worth mentioning that despite the Covid-19 endemic, the highest contributor in customs duty was petroleum products (Rs83.2 billion). The heavy taxation of POL products at import stage was also highlighted in Sales tax collection, TNS, Political Economy, The News, November 1, 2020. It shows that FBR’s main collection source is POL products that lead to cost-push inflation. The rising prices of eatables are partly due to costly fuel/energy affecting production of farmers as well as manufacturers.

The massive pilferage in customs duties and smuggling leading to lesser collection of sales tax and income tax, collected at source, needs quantification through an empirical study, which is not done so far.

FBR Year Book for 2019-20 says, “The base of customs revenues are the dutiable imports, hence the shortfall in customs collection is attributed to the import compression during FY 2019-20. The impact of Civd-19 is also vivid from the monthly growth pattern ……..The average growth in dutiable import during July-February (Pre-Covid) is (-) 4.4 percent whereas March-June it is around (-) 25 percent”.

This confirms that sluggish economy prior to Covid-19 endemic resulted in contraction of imports also affected exporters, especially those relying on many imported items. The main fault lies in FBR’s weak enforcement. The growth-retardation by excessive taxes at import stage is explained aptly by a senior officer of Customs Group, Mr. Jamil Nasir, in his book, Development for an Equitable Society.

The original target for Federal Excise Duty (FED) was Rs384 billion, which was reduced to Rs312 billion and collection was Rs250.4 billion without paying any refund, showing huge shortfall. The purpose of FED, besides getting revenues, is to discourage use of health-hazard products and luxury items.

The FBR Year Book for 2019-20 admits that revenue from “tobacco has declined by 1.7 percent”. This was discussed in detail in The menace of counterfeit cigarettes, TNS, Political Economy, The News, October 4, 2020. FBR’s failure on this front is highly lamentable, but until today, no disclosure is made regarding remedial measures and action taken against tax evaders and officials, who failed to perform their duties in countering the illicit trade in cigarettes.

The FBR has conceded that “nearly 90 percent of FED collection is realised from ten items. The share of cigarettes has declined from 37.9 percent to 34.8 percent, yet remains on the top. The second major contributor is cement and its share has increased from 24 percent to 28 percent, at number three is the air travel whose share has declined from 17.3 percent to 11.6 percent during the last fiscal year. Other major items are concentrates, aerated water, oil exploration, motor cars, food products, dairy products and fruit or vegetable juices”.

Pakistanis are disillusioned that despite claims by the Supreme Court to bring back assets stashed abroad [Suo Muto Case 2 of 2018, still pending] nothing has happened. On the contrary, the information of tax evaders and looters of national wealth has been protected from public disclosure by the government of Pakistan Tehreek-i-Insaf (PTI) through Assets Declaration Ordinance, 2019, promulgated through Presidential Ordinance on May 14, 2019, and later passed unlawfully by the National Assembly as part of Money Bill [The Finance Act, 2019]. It was against Article 19-A of the Constitution of Pakistan, which says, “Every citizen shall have the right to have access to information in all matters of public importance subject to regulation and reasonable restrictions imposed by law”.

“Article 19A has thus, enabled every citizen to become independent of power centres which, heretofore, have been in the control of information on matters of public importance…Article 19A is a grant of the Constitution and, therefore, cannot be altered or abridged by a law enacted by Parliament…It, therefore, will not for this Court to deny to the citizens their guaranteed fundamental right under Article 19A by limiting or trivializing the scope of such right through an elitist construction whereby information remains the preserve of those who exercise state power.”

The Assets Declaration Ordinance, 2019 (later made part of Finance Act, 2019), was patently unconstitutional—once against amnesties and assets-whitening schemes, PTI after coming into power became ardent defender of such obnoxious laws! Now the second amnesty by the PTI government for construction tycoons is in vogue till December 31, 2020. Had actual tax been collected from tax evaders, the poor could have been provided affordable houses, free health and education facilities. The rich financiers of political parties in real estate will become richer by availing concessions and poor workers will not even get social security, life and health insurance from the developers and contractors.

Earlier, the government of Pakistan Muslim League (Nawaz) passed Foreign Assets (Declaration and Repatriation) Act, 2018 and Voluntary Declaration of Domestic Assets Act, 2018 as part of Finance Act, 2018 — all assuring complete confidentiality to tax evaders. These were passed as Money Bill in utter violation of the Constitution and judgments of the Supreme Court in Workers Welfare Funds m/o Human Resources Development, Islamabad through Secretary and others v East Pakistan Chrome Tannery (Pvt.) Ltd through its GM (Finance), Lahore etc. and others [(2016) 114 TAX 385 (S.C. Pak.)], Mir Muhammad Idris v FOP PLD 2011 SC 213 and Sindh High Court Bar v FOP PLD 2009 SC 789. Tragically, nobody has challenged these under Article 199 or 189 of the Constitution. It is hoped that in the next hearing in Suo Muto Case 2 of 2018, the honouable Supreme Court will take cognizance of this flagrant violation of the Constitution. 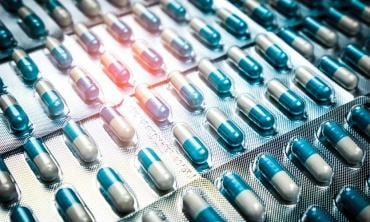