Natasha Noorani is set to appear on Velo Sound Station with a jaw-breaking performance called ‘Baby, Baby’. She has never attempted something akin to it before; full blown pop music with easy lyrics and a playfulness that is often attached to pop. But while that song drops, there is other music to contend with.

In simple terms, Noorani has many musical identities. She’s the co-founder of the all-female run Lahore Music Meet symposium; she is a solo, experimental, independent electronic artist and a member of Biryani Brothers (with Zahra Paracha). She’s also appeared on EPs by other artists and forayed in mainstream via film music; working with Strings as the co-singer on ‘Hum Dono’ and appearing in the music video of ‘Urr Jaaon’ from Thirty by Strings. She also holds a degree in ethnomusicology.

Natasha is walking a fine line between counterculture and mainstream and she’s bringing it together – not just via LMM symposium – but going the extra mile with the music she does.

Her debut EP, Munaasib, produced by the polymath Ali Suhail featured 5 songs in total and was nothing short of being inspirational; musically saying things we tend to brush under the rug because it makes us comfortable.

Her newest is a single called ‘Trace’ ft. Shorbanoor and backed by a music video with Ali Suhail playing single producer. The single is special because it captures Natasha doing what she does best and features the incredible Shorbanoor (Shehzad Noor), who is a former Poor Rich Boy member, and has a significant almost poetic body of work. The two artists have come together for a single accompanied via music video that Natasha Noorani is also co-directing. ‘Trace’ is the antithesis of what you will see Natasha pull off on Velo Sound Station. But it doesn’t mean it is any less of a song. Give it a listen.

MRKLE enters the gaming world with his music

MRKLE, an artist and producer based out of the capital city, is not just producing music for local artists anymore. He has taken his journey to the next level.

According to MRKLE (pronounced Miracle), he has gotten an opportunity to work with Ubisoft. The name might not resonate with people beyond the gaming community but they’re behind video games such as Assassins Creed and Prince of Persia, both of which have been successfully converted to cinematic experiences.

MRKLE had an opportunity to work with Ubisoft on a game called Watch Dogs: Legion. As he explained, it’s the third in the series and it includes a song that he worked on at Stardek, his studio in Pakistan and also features him on vocals. The full song within the game is called ‘Unite and Conquer’.

Expanding on the chance, MRKLE told Instep: “The company behind Assassins Creed came up with other games and they came up with Watchdog: Legion (it’s the third in the series) and music plays a pivotal role in such games.”

As for how he earned the opportunity, it all happened online. “They were looking for contribution for the music side of things and I submitted my music as well. It got picked up.”

Assassins Creed was converted into a film with a sequel in the making, featuring Michael Fassbender.

CokeFest joins forces with Patari and Tapmad for a digital series

CokeFest is going digital this year. Instead of a public show that welcomes people in droves, CokeFest will be a digital music show that is scheduled to go live from November 20th (Friday) to November 22nd (today). According to a press release, listeners will need to download the “Patari mobile app followed by signing-up for the event to receive a unique code which can be used on TapMad’s mobile app or website to enjoy the live performances virtually from any location”.

In short, the event will go live on Patari and TapMad but will require downloading the apps.

Staying home during a second wave of coronavirus is imperative for people. In such a scenario, hold on to hope that a cure will reach people and stay indoors. Watch the show; the artists are pretty good.

And while it’s too true that Patari has a checkered history for quite sometime, these artists do deserve our time. More on the subject of Patari (later).

The reemergence of responsible fashion 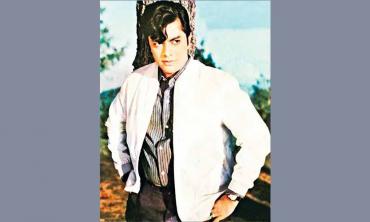 The Different Avatars of Waheed Murad