In 1948, Dara became the first hockey player to represent two different nations in the Olympic Games

Dara subsequently joined the British Indian Army in 1936 and was posted in the Punjab regiment as a motor officer. One of his regimental colleagues was the legendary Dhyan Chand, considered by many to be the best hockey player of all time. Dara and Dhyan Chand became good friends and played together for the Punjab regiment team.

The 1936 Olympic Games were to be held in Berlin. India had won the hockey gold medal in the previous two Olympics in Amsterdam in 1928 and Los Angeles in 1932. They were favourites to win again and fielded a powerful side for the Berlin Games led by Dhyan Chand who had been the key player in both the 1928 and 1932 squads. One of the chosen players Dickie Carr had to drop out because his employers, the Nagpur Bengal Railways, refused to grant him leave. Ali Iqtidar Dara was chosen as his replacement but sadly, he too, was denied leave by his employers, the British Indian Army.

The Indian team got off to a horrendous start, being beaten 4-1 in a practice match against the German team just one day after their arrival. This created alarm in the Indian team. The captain Dhyan Chand spent a sleepless night and the team manager Pankaj Gupta sent an urgent cable to the President of the Indian Hockey Federation asking for Dara to be sent out immediately. The IHF persuaded the Army to sanction leave for Dara who, in view of the urgency of the situation, was specially flown out from Karachi to Berlin.

By the time Dara arrived in Berlin, India had already qualified for the semi-finals against France. In his first match of the games Dara scored two goals against the French team and his combination with Dhyan Chand, who scored thrice, led to a 10-0 rout of the French side. The final was against Germany and 40,000 fans, including Adolf Hitler, turned up to watch. An article published in The Times of India to celebrate India’s success in this match, called Dara a ‘goal poacher.’ Displaying brilliant stick work and clever passing Dara scored two individual goals while Dhyan Chand netted a hat-trick. The German side was decimated 8-1.

With war clouds gathering over Europe there were no Olympic Games in 1940 and 1944. Dara’s regiment was posted to the war front in Malaya (now Malaysia). In December 1941 Dara’s battalion was defeated by the Japanese. Dara was captured and became a prisoner of war.

In Japanese captivity many Indian officers, including Dara, joined the Indian National Army (INA) of Subash Chandra Bose. Lieutenant Dara earned quick promotion to Colonel Dara but problems soon followed. The INA was defeated by the British Army in 1945 and disbanded.

After the war, Dara resumed his hockey career. He captained the undivided Punjab side to victory in the Indian National Championship in 1947. Included in that side was another emerging star Balbir Singh who would go on to acquire legendary status himself in years to come as a forward possessing great speed and precision. When communal violence broke out in Punjab in 1947, Dara personally drove Balbir Singh and his wife out of Lahore and helped them to reach Ludhiana on the Indian side of the border.

At partition Dara opted to stay in Pakistan. He was appointed the captain of the national team for the 1948 Olympic Games in London. Though 33 years old by now, Dara was still a formidable player. Playing as the centre forward, he helped Pakistan beat Belgium 2-1, Denmark 9-0, France 3-1, and a powerful Netherlands side 6-1. Dara scored goals in each of these matches, including three against the Netherlands. Pakistan lost 2-0 to Britain in the semi-final and drew their 3rd place play-off against the Netherlands 1-1. This match was replayed with the Netherlands winning 4-1 to claim the bronze medal. Dara scored a goal in each third place play-off match to end the tournament with 9 goals from 7 matches. Pakistan’s 4th place finish was a creditable result for a debutant side. Dara also became the first hockey player to represent two different countries in the Olympic Games.

In the 1952 Olympic Games Pakistan were again placed 4th and a committee was formed to draw up a plan for improving the team’s performance. Dara was a member of this committee and was subsequently also appointed as the coach of the national team for the next Olympic Games to be held in Melbourne in 1956. Changes were made to the side to include a crop of talented youngsters as well as fielding two players, namely the outside left Latifur Rahman and the full back Akhtar Huassain, who had played for the winning Indian team in 1948 Olympics but had later migrated to Pakistan.

Pakistan put up a very good performance in the group matches to qualify for the semi-finals where they beat Great Britain 3-2 and reached the final for the first time. Playing against India in the finals Pakistan missed scoring from a penalty bully ( the precursor of today’s penalty stroke) and lost through a disputed penalty corner goal by India.

Dara had proved his mettle as a coach and the new talent that he’d helped to infuse into the side would form the nucleus of a strong Pakistan team for many years to come. Highly capable full backs Manzoor Atif and Munir Dar, a set of brilliant half backs in Habib Ali ‘Kiddie’ and Anwar Ahmed Khan as well as mercurial forwards like Naseer ‘Bunda’ all joined the team during this period.

It was therefore no great surprise when Dara was appointed as the manager of the team for the 1960 Rome Olympics. A camp was set up at Lahore where the players underwent three to four months of intense training. Dara and the camp commandant help to hone the players’ individual skills and boost team morale. The veteran centre forward Waheed recalls that the slogan ‘Victory at Rome’ was written all over the walls of their bedrooms and elsewhere in the camp.

The team did not disappoint its supporters. They beat India in the final through a solitary goal scored by Naseer Bunda in the eleventh minute, thus dethroning India to become the new kings of the hockey world. This was the India’s first defeat in an Olympic hockey match in 32 years. Dara and his team became national heroes and hockey was officially declared as Pakistan’s national game by President General Ayub Khan.

Dara was also the manager of the national team for the Tokyo Olympics in 1964. In the very first match of this tournament Pakistan were experiencing difficulties in breaking down a very tight Japanese defence in a goalless first half. The manager Dara came up with a novel solution by asking the centre half Anwar to move up and play as a sixth forward. This move completely non-plussed the Japanese and Pakistan were able to score and win. Pakistan finished with the silver medal in these Olympics.

Dara went on to occupy important positions in hockey administration. He was the Vice President of the International Hockey Federation for many years and also headed the Asian Hockey Federation.

In the late 1960s there were some rumours about hockey being discontinued as an Olympic sport. Alarmed by this, the Pakistan Hockey Federation suggested a world event and offered to arrange and finance it. Dara was appointed as Pakistan’s chief negotiator for this proposal which was welcomed by the FIH and its Chairman Rene Franks. Thus the Hockey World Cup came into being.

Dara’s contribution to the development of hockey in Pakistan was recognized even by his old associates from India. Whenever Pakistan would win Dhyan Chand would say ‘Dara is doing a good job for Pakistan hockey.’

In return Dara remained a well wisher of Indian hockey. He was determined to ensure that Asian teams maintained their superiority in the game. In the 1968 Mexico Olympics India had lost to Australia in the semi-finals and was due to play Germany for the bronze medal match. The team was divided on the composition of the final eleven and another defeat looked imminent. Dara who was there intervened and spoke to the President of the Indian Hockey Federation and suggested a few strategic changes of position and line-up. These were implemented and India beat Germany for 3rd place.

Dara was also instrumental in putting together an Asian All Stars hockey team in 1974 to promote hockey sporting contacts between Pakistan and India. The team’s tour of the two countries was a big success.

Dara passed away from a heart attack in 1981. He left a big footprint on the game of hockey in Pakistan. A befitting way of remembering his legacy would be to recapture the glory that Pakistan hockey once had within its grasp.

Dr Salman Faridi is a senior surgeon, poet, sports aficionado and an avid reader with a private collection of over 7000 books.  [email protected] 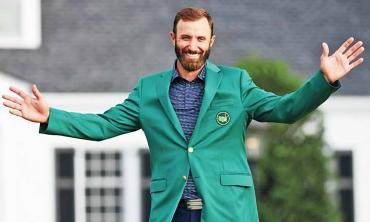 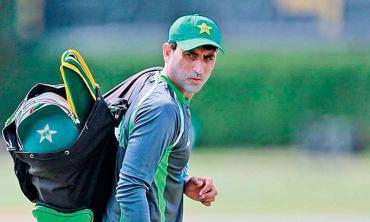 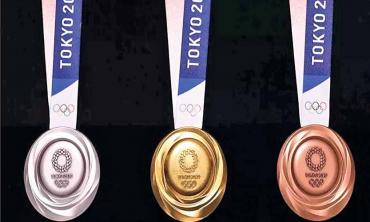