Is a book, or a film or TV series based on it, the superior form

In a seminal essay published in the New York-based journal Arts in 1926, Virginia Woolf decried cinematic adaptations of literature as a parasitic venture. The Cinema, which also appeared as The Movies and Reality in The New Republic, warns against the unusual alliance between books and their film adaptations, and the alarming disconnect it creates between the eye and the brain. Woolf suggests that both organs are “torn asunder... as they try vainly to work in couples”. Our vision and mind aren’t equal participants in the viewing experience. Locked in a dance of un-equals, our eyes soak up images on the screen while our brain passively absorbs the visual effects of the film without “bestirring itself to think”. The acclaimed English novelist insists that cinema needs to develop its own voice to steer narratives forward.

Woolf’s reservations about cinematic adaptations predominantly focus on silent films. Technological advancements and perceptions have evolved in the many decades since she wrote the essay. Even so, the debate still persists over whether a book or a film or TV series based on it is the superior form.

With the recent film adaptation of English author and playwright Daphne Du Maurier’s Gothic novel Rebecca and the production of a series on Indian novelist Vikram Seth’s magnum opus, A Suitable Boy, new kindling has been added to an immortal debate. The arguments predictably revolve around the same concerns. Fans of both books have made comparisons and raised questions about how the adaptations fail to offer a faithful retelling of the texts.

The seemingly inconclusive ending of Rebecca, which chronicles an unnamed woman’s struggle to compete with the memory of her husband’s deceased first wife, added to the novel’s appeal. The author deliberately keeps the fate of Mrs Danvers, the housekeeper at Manderley and Rebecca’s strongest proponent, somewhat ambiguous. A movie adaptation of Rebecca, which was made by filmmaker Alfred Hitchcock in 1940, opted for a more sensational ending that places the housekeeper’s fate at the heart of the conflict. Following in Hitchcock’s footsteps, director Ben Wheatley’s 2020 adaptation of the text reworks the ending to possibly reduce the stigma of the villain that is associated with Mrs Danvers. The new trajectory of the housekeeper’s character serves to emphasise her intimate connection with Rebecca and could be seen as a reminder of the grave miscarriage of justice faced by the titular character. Apart from that, a romantic conclusion has forcibly grafted onto the story – a creative decision that serves to undermine Du Maurier’s creative intentions with the trope of a happily ever after.

The series on A Suitable Boy has also fallen prey to factual inaccuracies. That a 1,535-page novel has been packaged into six 40-minute-long episodes invites suspicions about whether Mira Nair’s adaptation can be considered a faithful one. A few inconsistencies and deviations from Seth’s novel stand out as particularly jarring. Key plot points are either tinkered with or completely omitted. Characters seem to defy the predefined physical descriptions and personality traits outlined in the text. Some memorable situations and beloved characters remain conspicuously absent. At times, several hackneyed moments are weaved into the film to increase the drama quotient of the series. The scriptwriters have admitted that it would be difficult to adapt such a long novel for television without a few creative compromises. But readers who have enjoyed Seth’s novel haven’t responded well to the attempt.

Taken at face value, these two adaptations of popular novels suggest that occasional departures from the original plot are permitted. It can, therefore, be assumed that film adaptations don’t intend to retell a story presented through the written word. In fact, they operate in a separate realm that is influenced by but not constrained to the structure of the novel.

Conventional wisdom would have us believe that the dichotomy between books and their film adaptations stems from rather loose categorisations that need to be revised. In an essay titled Novels, Films and the Word/Image Wars, Kamilla Elliott demands a critical reexamination of the rigid notion that novels operate in the realm of words while films are governed by images. At its core, the act of transforming a novel into a motion picture involves the symbiotic use of words and image. It is tempting to undermine a film adaptation on the basis of its ability to faithfully replicate a literary text and emphasise the interiority of its characters. However, the adaptation process entails converting a literary text into a film language. Be it a derivative method or an attempt to recreate the magic stirred by the written word on the screen, the process has its merits and remains situation-specific.

If novels lend themselves to cinematic or televised adaptation, such as the works that fall within Armistead Maupin’s Tales of The City series, the final product is unlikely to pose a crisis of fidelity to the original text. Even then, some plot points and cherished moments that are recorded through breathtaking prose may not work on screen.

On the other hand some novels don’t lend themselves easily to cinematic effects and rely heavily on other literary devices. Some degree of latitude is needed to re-imagine these novels within the visual sphere before they are made into movies. For instance, Ruth Prawer Jhabvala’s Booker Prize-winning Heat and Dust depicts the challenges faced by the British-born Olivia and her unnamed step-granddaughter through diary entries and the epistolary form. The film adaptation makes a conscious attempt to retain these techniques but takes liberties with facts and scenarios to ensure narrative cohesion.

Viewers must recognise that a film based on a book doesn’t necessarily have to be a mirror-image of the text. After the book flies out of the mind of an author and lands in the arms of the filmmaker, it no longer embodies the cluster of ideas that the author had envisioned. Instead, it becomes the measure of the filmmaker’s imagination. The ‘film language’ may blithely distort the essence of a literary text or deviate from its intended spirit. But it serves to introduce new audiences to a compelling narrative. More often than not, the decision to include or exclude significant plot points in a film adaptation depends on unique interpretations of a literary text that emerge over time. At times, social sensitivities and ethics can also dictate the terms of the adaptation process.

It would be a mistake to dwell on the allegedly parasitic link between books and their movie adaptations, especially since novelists can often choose their level of involvement in the process. Instead, both art forms ought to be studied in unison. Through an interdisciplinary focus that incorporates the power of the written word and the visual appeal of cinema, we may be able to develop a more fluid understanding of a story.

Telling stories through different mediums doesn’t always have the same effect. The novel stirs the imagination through the combined use of visual and mental images. A film about the novel may break this link, but encourages audiences to reexamine the material in a new light.

Du Maurier’s Gothic novel Rebecca: From the page to the screen 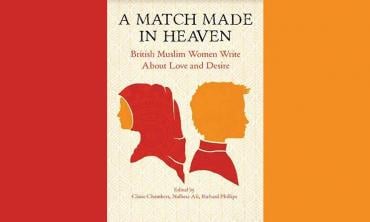 Unsilencing the truth of desire 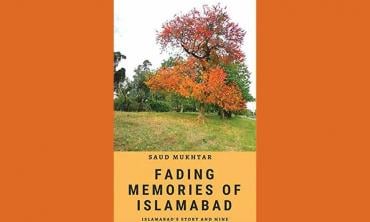 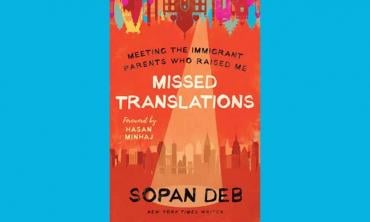