An advocate of critical thinking

The demise of Kazi Javed comes as a huge loss, especially as rationality is becoming increasingly rare in our society. Unassertive in social relations, Javed was an ardent advocate of free inquiry and critical thinking. He produced an enviable body of Urdu writings on philosophy, history and contemporary world as well as on intellectuals and the literati.

Born to a humble family in Lahore on February 7, 1946, Javed had wanted to become a gardener when he was young. (He revealed this in an interview with writer and journalist Mehmoodul Hasan in 2015.) His parents were not too pleased with his choice of a career. It can be argued that critical his interrogation of dominant narratives about the past and present of the subcontinent, especially the Punjab, amounted to cultivation and pruning of the garden that is Urdu literary tradition. He received his master’s degree in philosophy from Punjab University in 1972 and remained associated with the department as a research scholar for ten years. He joined the Pakistan Academy of Letters in 1989 as its resident director for Lahore. At the time of his death he was serving as director of the Idara-i-Saqafat-i-Islamia, Lahore.

From his study of philosophy he not only learnt about a set of theories and ideas but also developed an approach to the synthesis, evolution and prevalence of new ideas. He seemed to believe that even the most abstract of ideas have some material basis in terms of history and historical context. His writings stress the view that isolating the ideas from their history and context amounts to a violent attack on the idea and the society where it is prevalent. An insistence on ‘ahistorical abstractness’ of an idea, he held, pitched it into a metaphysical domain where laws of human reasoning were suspended and a certain absoluteness coupled with a sacred sanctity engulfs demanded capitulation. Eventually, he said, this led to all kinds of inquiry and interrogation to be cursed. Perhaps this was the reason that Javed turned to the 20th Century English philosopher Bertrand Russell, who is famous for his ruthlessly critical spirit. Javed translated Russell’s autobiography and several essays into Urdu.

A genealogical study of ideas was his main forte. Javed employed a classical Marxist perspective to unravelling the historical evolution of ideas. His books on Western philosophers Rousseau and Voltaire and on Modern Western philosophy are an attempt at explaining how the idea of Western modernity evolved. These books show the struggles modern Western writers had to go through.

Javed’s path-breaking work pertains to the study of the genealogy of Muslim thought in the subcontinent. His books Barr-i-Sagheer Mein Muslim Fikr Ka Irtaqa, Hindi Muslim Tehzib, Sir Syed Say Iqbal Tak and Tareekh-o-Tehzib seek to delineate the lineage of Muslim thought in the region. In these books, Javed used the word Muslim in place of Islam. He considered it necessary to differentiate between the terms Muslim thought and Islamic thought. In his writings the phrase ‘Hindi Muslim tehzib’ encompasses a wide range of cultural exchanges between Muslims, Hindus and other communities in India since the 8th Century. His philosophical training and Marxist inclination helped him stay lucid, clear, coherent and straight. What he called Hindi Muslim tehzib pertained mostly to the culture common people – Muslims and Hindus – created during their social and intellectual interaction. It manifested itself in Urdu language and literature; in music; in painting; and through tasawwuf.

Javed had come to believe that the process of the evolution of Muslim thought in India could be described in terms of Wahdat ul Wujood and Wahdat ul Shuhood. In his book Tareekh-o-Tehzib, he writes that the Wujood-Shuhood dyad has been immensely popular among Indian Muslims. These are not just two opposing theories and systems of tasawwuf that originated and flourished in Muslim India, but a lot more. Instead of indulging in a pure religious-metaphysical-spiritual discourse on Wujood-0-Shuhood, Javed goes on to elucidate their socio-cultural feats. Javed opines that Wahdat ul Wujood overthrew all kinds of religious distinctions, divisions and identities. A certain type of humanism and tolerance ensued.

Javed was an ardent advocate of free inquiry and critical thinking. He produced an enviable body of Urdu writings on philosophy, history, contemporary world and on intellectuals and literati.

In contrast, Wahdat ul Shahood intended strict observance of Rasikh ul Aitaqadi (orthodoxy), religious distinction and hard core identity. Javed was of the view that it was Shah Waliullah, the towering 18th-Century Muslim thinker, who first realised what havoc the Wujood-Shuhood dyad was causing. Shah Waliullah therefore offered a synthetic way to bring these antagonistic mystical theories closer to each other. Javed also foregrounded Waliullah’s theory of social evolution which recognises the economy as the base of a society and societal dynamics almost a century before Karl Marx. One can legitimately conclude from Waliullah’s social evolution theory that religion is not the only, the basic and absolute referential point to define a society.

In writing about the sufi danishwar (mystic intellectual) of the Punjab, Javed asserts that worldly wisdom and mystic experience are not mutually exclusive. In almost every piece of his writing, he tries to find some way or fact to elaborate the importance of rationality, wisdom, humanism and tolerance. It is in this vein that he turns to Ubaidullah Sindhi (1872-1944) and emphasises his synthetic approach. Instead of simply boasting about Shah Waliullah’s pioneering work on social evolution, Sindhi was of the view that a synthesis could be wrought out between Waliullah’s and Marx’s theories. Sindhi described socialism as a religion devoid of spirituality, an assertion also made by Allama Iqbal. Javed particularly foregrounds Sindhi’s inclination to a synthesis instead of division. When you are adamant with regard to differences, he said, you desire clash and antagonism; whereas when you look for similarities you are paving the way for cooperation, tolerance and a coming together.

Kazi Javed also wrote books in Urdu on cultural and psychological effects of colonialism on Muslim intellect. His Sir Syed Say Iqbal Tak is one of the best books on how Ilm-i-kalam (theology) was influenced by colonialism in the late 19th and early 20th Centuries. Javed held the view that the interpretations of Islam preferred by Sir Syed, Maulvi Chiragh Ali and Syed Ameer Ali were bourgeois in nature. He once said in so many words that the shape modern ilm-i-kalam had taken showed how a colonial system affects local intellectuals. In his the words, one of the significant aspects of ilm-i-kalam is that it discusses the social aspect of Islam, ignoring the metaphysical underpinnings. It was Iqbal who then took it upon himself to expound the metaphysical aspects of the religion. Javed went on to state that one of the psychological fixations of early modern Urdu writers was to appear as muhazzib (civilised) in the eyes of their white masters. Tehzib (civilisation), argued Javed, was presented by the English as a new religion.

Javed then turned again to the wujood-shuhood dyad. Iqbal’s poetic evolution, he said, had two distinct phases. Before going to Europe in 1905, Iqbal used to sing praises of Hindustan (Saray Jahan Say Acha Hindustan Hamara) but his stay in Europe made him more conscious of his Muslim identity (Europe made me a Musalaman, he said once). Javed explained Iqbal’s shift from Hindi Muslim to Hijazi Muslim in terms of Wahdat ul Wujood and Wahdat ul Shuhood. When Iqbal was eulogising Hindustan, he had a firm belief in Wahdat ul Wujood; as he embraced the Wahdat ul Shuhood and started criticising Wahdat ul Wujood, he also started stressing the singular identity of Hijazi Muslim – disassociating from the actual land (of Hindustan) and living imaginatively in the realm of Hijaz.

Kazi Javed passed away in Lahore on Saturday, November 15. He was 74.

An advocate of critical thinking: Kazi Javed’s demise comes as a huge loss to Urdu literature 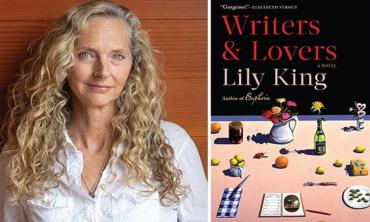 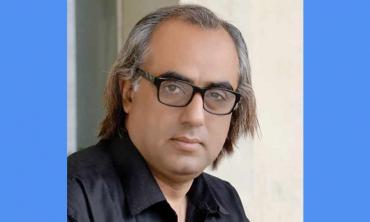 The question of predestination