Citizens set up a community school in a remote Bajaur village

Ayesha Khan, 9, is a fourth grade student walking to her school. The community school, Merit and Merit, is located in Qadam Cheena village in Kapar Gath, in Bajaur district close to the Afghan border.

During her four-kilometre journey to school, Ayesha climbs several hillocks and crosses several streams. This journey is tiresome, but it doesn’t diminish her passion for education. She dreams of becoming a doctor. The shy Bajaur girl has heard so many complaints about the lack of medical facilities in her village that she has chosen to become a doctor herself.

“My parents say there is a long and difficult journey ahead of me before I can achieve my goal and serve my neighbours. We do not have many facilities here, but we love education,” she says.

Until recently, there was no school in the area. However, expatriate workers from the village working in Saudi Arabia got together and funded the community school. They continue to bear the expenditure. That’s why the school is free.

For Ayesha Khan’s family, who are poor, this is a big step on the way towards realising their children’s dreams. Her father, Kashar Khan, is a labourer. He wants his daughter to get education and have a better life than his. “Life is not easy in this hilly region. I am trying to save enough money to send Ayesha to a city school,” Kashar says. Before 2019, a school was being run in the village by a non-government organisation. However, they stopped their operations in 2019 due to a lack of funds. The announcement came as a shock for Ayesha Khan and dozens of girls like her who had been studying in the school.

Girls’ education is in a dismal state in the frontier towns of Pakistan. These schools had been targeted at the time of militancy and people had stopped sending their girls to schools. According to the Pakistan Bureau of Statistics, only about 3 percent of girls in the Newly Merged Districts go to school.

The NGO school was a ray of hope for many parents. The news of its closure was disappointing for everyone. When the news reached Saudi Arabia, Tahir Khan, a worker from the village, took up the challenge of restoring the school. He met with dozens of workers from Bajaur and convinced them to donate money. He finally had enough to start a community school. For the time being, Ayesha Khan and many more boys and girls are happy at the resumption of their education.

Five villages in the area - Kapar Gath, Nahqi, Tango, Gero, Qadam Cheena – have no primary school. The total population of these villages is above 5,000. For years, children have been growing up in the area without receiving basic education.

Before the merger of Bajaur into KP, the FATA bureaucracy would call these mountains inaccessible or remote places. That’s why the hamlets remained backward. The villagers say they voted for the Pakistan Tehreek-i-Insaf after they were promised a government school and a basic health unit. However, it seems the government officials and elected members from the area have forgotten about these villages.

The villagers are now relying on their own resources. Within two years, the number of students at the community school has doubled.

Tahir Khan is the only educated person from Kapar Gath. He had finished primary school from Lower Dir and later went to a college in Bajaur city. Now he is working as an assistant in a travel agency in Saudi Arabia.

The NGO-run school was a ray of hope for many parents. The news of its closure was disappointing for everyone. When the news reached Saudi Arabia, Tahir Khan, an expatriate worker, took up the challenge to restore the school. He met with dozens of workers from Bajaur and convinced them to donate money.

“During my childhood, I had to bear the scorching heat and freezing cold to reach my school. That is why I motivated 40 people from these villages living in the Gulf to commit a small donation every month for a primary school. I could never forget the hardest period of my life. I was a primary school student and staying away from my family,” Tahir Khan says. “The community school’s principal donors are drivers and labourers. They are great human beings. They are paving the way for a coming generation,” he says. “When I discussed the idea with my colleagues about the community primary school, everyone was willing and promised a contribution.”

Tahir Khan is the focal person for the school. He sends the donations through banking channels every month.

“When I was a student, only three boys from Kapar Gath finished high school. Two of them quit after Class 10. I alone went to college in Bajaur city,” Tahir Khan recalls. “At that time, I promised myself to support children of these remote villages. This school was my dream,” he adds.

Despite the disruption caused by Covid-19, the school is teaching 180 children, both boys and girls, till Grade 5. Many parents have recalled their children from other towns and got them admitted here.

To ensure smooth functioning of the school, the donors have formed a committee in the village to look after it. This committee hires teachers and takes decisions on financial matters.

“The coronavirus not only closed down all education institutions, a majority of our donors either became jobless or lost most of their incomes,” community member Kamal Khan says. “It was a very difficult time for the parents and the committee members. I must say these people [donors] never let the school down,” Khan says.

Despite the conservative views of the people on female education, Kamal Khan is expecting a considerable increase in girls’ admissions. The school’s proximity to several villages, he says, encourages both parents and children.

The school does not have a dedicated building. Currently, it is operating in a three-room mud structure. The owner doesn’t charge any rent. The school has four teachers and an assistant. During the Covid-19 break when schools were closed, the teachers were paid half of their agreed salaries.

Shamshad Khan, a senior teacher, has an MSc degree. Like his students, he walks about five kilometres to reach the school. He says he is happy teaching at the community school on a meager salary.

“Teaching at the most backward villages of the country has its own charm. The view here is spectacular,” Shamshad Khan says.

Residents of the villages subsist on livestock and agriculture. Most of their money comes from overseas remittances.

“The school building is in a poor condition. We don’t allow students to stay inside for long. It is used mostly to store our furniture and other stuff,” teacher Shamshad Khan says. “On rainy days, the students stay near the mosque. The district administration and the government must establish a primary school and a middle school for both girls and boys in this area,” he says. He says the education sector has been long neglected in the newly merged districts. “This should change. There are 4,000 to 5,000 people living in this area. The authorities should do something for them,” he says.

The writer is a Peshawar based journalist. He tweets @theraufkhan 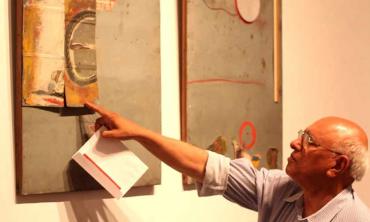 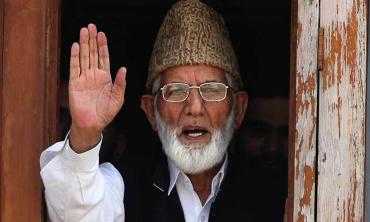 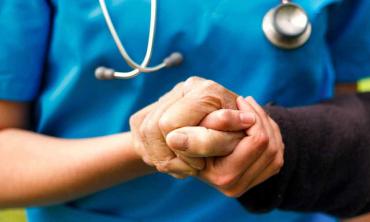