His collaboration with a handful of rappers in ‘Pindi Aye’ resulted in a bonafide hit, which generated millions of views

You can’t talk about contemporary music in Pakistan without acknowledging the rap and hip-hop evolution presently taking place with more and more artists coming up. One such name is of Osama Karamat Ali aka Osama Com Laude, who comes from Rawalpindi and is busy irrespective of the coronavirus outbreak.

His collaboration with a handful of rappers in ‘Pindi Aye’ resulted in a bonafide hit, which generated millions of views. Beyond the collaboration though, OCL seems to have moved on from the surface-level singles ‘Chaklala Scheming’ and ‘Baghdad’.

He first dropped an EP titled paKING, early in 2020. Packed with 5 songs, it established Osama’s throne as a rapper. He followed it up with another EP called Barbaadi with 3 songs.

Explaining the link between the two, OCL had told Instep, “The way Barbaadi and paKING connect is that every king must defend his throne from all kinds of naysayers and enemies. Even if that means stepping down and leading the charge head-on along with the rest of his kingdom and army and causing as much barbaadi as possible in order to keep the throne.”

With this narrative in mind, Osama created Barbaadi. He also told Instep, “The three tracks on it serve as a stepping stone and a transition to what will eventually lead into my third EP (that will be out before this year ends).”

‘Barbaadi’, the title track, sadly was a distasteful disaster of epic proportions. However, out of the three songs from Barbaadi, our money is on ‘Azm’, created in collaboration with Khawar Malik and produced by Block-2. It seizes reality in its true grit and OCL has put a lot of energy into the rap, which reflects in his voice. OCL is improving with his skills as a rapper and that’s a cathartic sight. The visuals are stronger in ‘Azm’; the disenfranchised youth and their struggles come off as genuine. And so does the verse.

Monopoly in the music business is never a good thing. It forces an artist to either reluctantly agree with what the label wants or sign up with one in the first place due to a monopolistic business practice. It also hinders an artist’s creative process. We’ve seen the long term result of nearly every major artist signing with Fire Records.

But the great news is that today Pakistani artists have a slew of labels they can sign up with. In 2020, Salt Arts released Ahsan Bari’s Guzarish, which bodes well for the future. And apart from Patari streaming service, artists now have several options. Even as Karachi based electronic label, Forever South, is no longer in existence, another independent label is set to make an announcement later this year.

The prominent ones that do stand as of right now include Rearts Records and A for Aleph Records. Rearts Records has signed somewhat more mainstream artists. Among them are artists such as Kashmir, Bayaan, The Sketches, Dhool, Tamaasha, Wisdom Salad and Natasha Humera Ejaz among others.

As for the controversy pertaining to the recent paedophilia/harassment allegations against Rearts artist Osama Mansoor, noted the label on its Facebook page: “Rearts has always strived to celebrate inclusivity and diversity as art does not discriminate. We have a zero tolerance policy when it comes to harassment or assault of any kind and understand that it is our responsibility, working as a company in the performing arts sector, to contribute towards creating a safe space for all.

“We were recently notified of an incident where an artist aka Osama Mansoor, who is not on the Rearts roster of musicians, but has played at the company’s acoustic set at Lahore Music Meet (LMM), has been accused of paedophilia and harassment. This is very concerning and grave news for us and we would like to take the opportunity to publicly share the legal standing of the said person with us, and under this light, completely dissociate ourselves in every manner from this individual. We have removed all content posted on our channels of the accused. Any individuals with questionable or problematic behaviour or with a history of harassment and assault will not be given a platform via Rearts for promoting their art. We stand in solidarity with the victims and hope that anyone with such allegations is held accountable for their behaviour and that justice prevails.”

A for Aleph Records sign a slew of artists

A for Aleph is cognizant about what the music industry needs. Apart from developing a state-of-the-art recording facility that also offers in-house residency, a production team, A for Aleph has also developed A for Aleph Records and A for Aleph Originals (more on this later).

The former, launched in 2020 by Anas Alam Khan and Aleph founder Umair Dar, has a bandcamp page where you can see the artists they’ve signed apart from Aleph’s own website.

On their website, noted A for Aleph: “Get your music on Spotify, Apple Music, Deezer, YouTube, TIDAL, JioSaavn, Amazon Music, and lots of other stores and digital streaming services. Make royalties from streaming and get detailed reports on how you are doing on your content. Get a verified profile on, and early access to, the “Spotify for Artists” app for artists, labels, and managers.”

They’re going about things the right way in the post-Internet age. Among artists signed with A for Aleph Records is Malang Party, whose original three-track EP is available under the right name through A for Aleph Records. The remastered EP has cult favourites like ‘12 Meel Duur’. Meanwhile, as Malang Party works with a refined line-up for its debut album to be released on A for Aleph Records, some other artists on its roster include Surkhwaab, Irfan Ali Taj (rubab player), Aziz Kazi (drummer/percussionist) and Astron who come from Dubai. Keep watching this space for more on A for Aleph Originals. 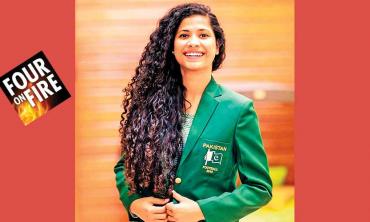 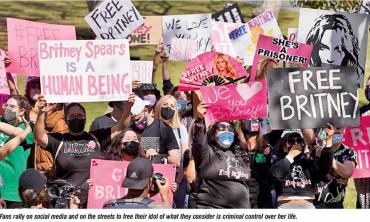 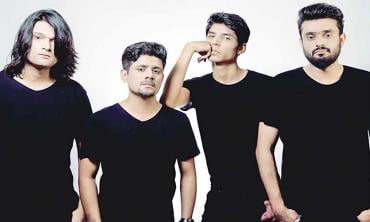