The lighter side of story telling

Mehreen Jabbar’s Ek Jhoothi Love Story, releasing on October 30 on streaming service ZEE5, promises to provide the visual and mental relief that we’ve desperately been looking for in story-telling. Bilal Abbas Khan and Madiha Imam, the two leads, talk to Instep about everything it’s all about…

We’ve been holding our breathes for far too long.

Wired and tied down to content that is angry, manic, reactional and directional or agenda and social cause driven, we had forgotten that fun and frolic was also part of our lives and needed to be part of our stories too. With Ek Jhoothi Love Story and its reflection of young people in a contemporary Pakistan, it seems that we can exhale and finally laugh out loud, yep Lol.

Now being promoted as the second original web series from Pakistan for streaming service ZEE5, Ek Jhoothi Love Story comes after the highly successful and controversial (not necessarily in co-relation) Churails, which was also trending this week. Written by Umera Ahmed and directed by Mehreen Jabbar, the attraction only gets stronger, with a cast that includes the brilliant Bilal Abbas Khan and the evergreen Madiha Imam, along with a strong support cast headlined by the magnificent Beo Zafar. What a performer!

“For me, the most appealing factor when Mehreen Jabbar offered me this role was the kind of scenes, situations and romance that Umera Ahmed has conceived and written; they are so powerful and the subtext is so great that I was instantly attracted,” Bilal Abbas Khan spoke exclusively to Instep a day before the trailer release. Let’s just take a moment to recognize and applaud the fact that in three brief years, this 28-year old artist has risen as one of the strongest young actors in the country. Having aced characters as diverse as Qasim (O Rangreza), Wajih (Cheekh) and Abdullah (Pyar Ke Sadqe) he’s a highly sought after name, which is why he’s been signed on for two ZEE Zindagi serials: Ek Jhooti Love Story and Abdullahpur Ka Devdas.

“My character, Sohail, comes from a middle class family and he is not a hero; he is a very normal, basic character,” he continued. “You’ll understand what I’m saying when you watch the film. The script is the USP of the show. We have seen a lot of love stories in the past and of course this is a love story too but it’s different because of the way Mehreen has directed it. The content is unlike anything we see in our dramas and yet it has a Pakistani rawness to it. I think Ek Jhoothi Love Story will stand out.”

The trailer, released this Thursday, certainly does stand out. At a time when the ugliest blend of fact and fiction emerges on television screens across news and entertainment channels, we are given a story that slips into our psyche like a sigh of relief. We’ll get to see the lighter side of Umera Ahmed, who has given us numerous hit serials including the most recent Alif, and is best known for insightful and poignant writing in super successful drama serials like Humsafar, Zindagi Gulzar Hai and many more. We’ll also get to see the brighter and happier side of Mehreen Jabbar, who is also best known for writing significantly hard hitting content. Ek Jhoothi Love Story, in comparison, looks like fluff but it’s also exactly what’s needed. And with these names on the masthead, it’s not possible that this fluff will be without purpose.

“As an actor, you don’t always want to do too much melodrama, where the heroine is always crying or there is some kind of trauma on screen. Sometimes you just want the story to be lighthearted and refreshing,” Madiha Imam also spoke to Instep regarding the upcoming series. Madiha, of course, has risen in ranks in the past few years. She has done some outstanding work in drama serials like the most recent Dushman e Jaan and ongoing Muqaddar; the turning point in her career would most definitely be Dear Maya, the Bollywood film Madiha did with Manisha Koirala in 2017.

“The reason why I wanted to do a project, which was a collaboration between Pakistan and India, was because you get a sense of that industry as well; you also get to know how their artists work,” Madiha added. “And that for an actor is of course a new experience. I have already worked in India so I liked the idea. All of this was very exciting for me. The fact that Mehreen Jabbar was directing the series, a story penned by Umera Ahmed, working with Bilal Abbas and that too as the main lead…what else could I want?”

Madiha and Bilal’s energy certainly does shine through the trailer, which is an indulgence in fits and giggles. It looks like the story of a young boy and girl, both of whom create false identities on social media and escape into a fake world every night. They connect, apparently fall in love with each other, but then what happens as the whole scenario is fake? Around these two characters are their friends and family; we see actors like Beo Zafar, Mohammad Ahmed, Furqan Qureshi, Srha Asghar, Hina Bayat, and many more. The comedy manages to tickle and succeeds in ‘touchbasing’ with its audience. It’s refreshing and delightful.

Ek Jhoothi Love Story probably won’t have the kind of impact that Asim Abbasi’s Churails – Pakistan’s first original series for ZEE5 – did, but it will just as likely resonate more with Pakistan’s masses, who found Churails disruptive and offensive. Lighthearted, comic and family-oriented entertainment is what people seek and that’s what Ek Jhoothi Love Story aims to deliver.

“Sohail is a 26 or 27 year old guy. He is a young, family oriented, sensitive and emotional person who has big dreams; he wants to become rich and he wants his business to expand. He doesn’t have a father and lives with his mother and sister and is looking for the perfect partner,” Bilal spoke about his character. “Sohail is a simple guy who has some aims and goals, he is humble and sweet but he has some complexes and insecurities. As I said earlier, people will easily relate to my character because of his insecurities. When he looks around, he sees that everyone is committed, they have established businesses, luxurious cars. He has a bike, no one talks to him and nobody makes him feel special; he is someone who is living with these dilemmas.”

The story really does sound very simple and makes one wonder why such uncomplicated content is no longer being made for television. Why is it that we are obsessed with love stories entwined with social reforms, villains disguised as heroes, betrayal, loss and survival of the toughest order.

“I think over here things have become mostly business driven,” opines Madiha. “It is mostly about the channel deciding on what content to play; it is not the independent producer’s or writer’s call. A writer writes everything but which script sells is not in their hands. I think that the dynamic right now has been a little off and our balance is a little out, otherwise the actors and directors are willing to do such lighthearted projects. Unfortunately, if you only look at things from a business point of view, you get overwhelmed by the idea of what’s going to earn more for you and if that is your drive then there is a flaw in the plan. This is the reason why we are unable to make such stories right now.”

“I feel that when you give creative liberty to the directors, and allow them to execute their projects the way they have envisioned them, then the end product will always be good. Over here what happens with our dramas is that the involvement of producers is much more than the directors and actors; the producer knows much more about the character. These are the things that make a whole lot of a difference, but that wasn’t the case with Ek Jhoothi Love Story,” he concludes with content confidence.

While not many more details have been released (we have unofficially heard from a source that the web series may be 23 episodes long), we are looking forward to Ek Jhoothi Love Story for the feel good factor and of course, any surprises that it may be tucked away between the obvious lines.

The lighter side of story telling 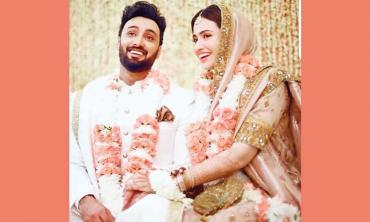 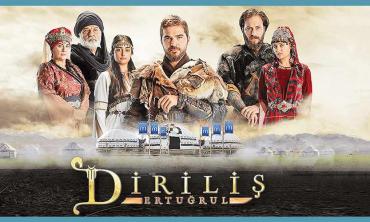 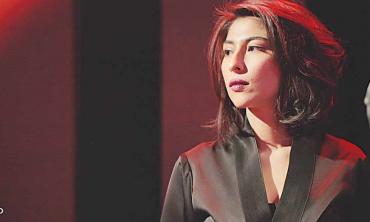