Of romance and reality TV

In her debut novel, Kate Stayman-London skillfully discusses the many issues that women face in this age of social networks

What appears explicitly to be a fictional biography of a plus-sized fashion blogger, One to Watch, is implicitly layered with multi-pronged narration to which any woman using the social media networks in today’s world can relate, since these platforms are wrought with duplicitous attraction and obsessive compulsion especially for those who gain more traction than others.

Kate Stayman-London, the debut novelist has had a career in screenwriting and has worked as a political strategist, as a lead digital writer for Hillary Rodham Clinton’s 2016 presidential campaign and has written for celebrities such as Barack Obama, Malala Yousafzai, Anna Wintour and Cher. The novel, One to Watch, is quite reflective of the writer being conscious of her nuanced political tilts, be they about online bullying, harassment, body shaming, ageism, the social and filial pressures of seeking true love, the inclusion of gender-specific identities and colourism.

Stayman-London has skillfully discussed the issues of the dodgy idea of communication through the gadgets we have learnt to hold close to our bosoms. The reader feels a twinge of reality every time there is an incident of ghosting, trolling, doxing or online harassment especially if one is a woman. The age-old maxim about fire being a good servant but a bad master, is quite likely the truth about social media as well, which spins on its ankle in a jiffy and rears its spiteful head without warning.

The novel also plays on the misconception of ‘availability’ of friends and family. Since people now prefer to send text messages or follow one another online, the definitions of ignoring, avoiding and break-ups have changed entirely. To avoid a ‘hello’ one no longer has to turn at the corner of the road or look away, but to scroll past, refuse to take a call, mute, delete or block a friend or family member, a lover or a colleague. Quitting the relationship or exiting the building is no more the answer to a problematic relationship since ‘unfriending’ might still not omit a person’s presence from social media networks; since ‘friend of friends’, ‘tagging’, ‘memories’ and ‘reminders’ that pop up, might put one in a regressive situation, as all of these do to Bea Schumacher, and very much every one of us.

The games we play with the ‘seen’ and ‘unseen’, the ‘blue ticks’ and ‘DPs’ are all there as much as they are parts of our daily lives, ridden with uncertainty and measuring the quality of a relationship based on whether they have blocked, muted, unfollowed or simply chosen to ghost us. Contacts are there, their statuses might read Available, but they are not available, like Bea’s love interest, who isn’t responsive for most of the time.

The novel is written in a slightly experimental way. The protagonist, Bea Schumacher is a lifestyle blogger who was introduced to the world of fashion one evening in France through a velvet cape, a present she carries with style and thus begins her romance with fashion blogging while being a plus-size woman. The strongest relationship she enjoys is that with her father and although she does not find validation from her mother for various reasons, she seeks it online, and successfully creates a clout for herself.

The novel, since it begins with the story of the protagonist being a blogger and ends with her being a much-coveted prize for a bunch of men in a popular reality TV show, The Bachelorette, is replete with examples of the psychological impact of social media among the users. “Post pictures, or it never happened,” is a cool phrase one gets to hear upon a declaration of news – personal or general. The need for evidence before one believes anything has given birth to the concepts of data leaks, screenshot sharing, hacking and online abuse.

The experimental part includes the way the text has been written – at some point the reader might get the feel of scrolling a screen which reads off tweets, posts, hashtags and handles. Now, this experiment can be acceptable or not, depending upon the kind of reader one is – if one is social media savvy, then maybe it can be a literary portal into the world they feel comfortable with. If the reader is the kind who would not want to be reminded of the flimsy personality of the social media when they have committed to literary discourse, this could be off-putting. Either way, both types of readers are reminded of their own dependence and experiences through their exchanges at social networks.

The novel has been written to connect with the readers in a similar way – there are excerpts of texts exchanged between characters, entire threads of chats, tweets of fans and trolls, transcripts of TV shows and V-loggers who make news out of social media announcements and the likes. It is satirical to read the transcripts of talk show hosts, weaving entire discussions and narratives over a tweet or a photo shared on a public account. Thus, the serpent of the social media comes hissing full circle when the fame gained through followers turns around and bites the hand that feeds it. The narrative of social media is furthered with the discussion of what goes on behind the scenes of ‘reality TV’. The scripted reality and shady characters all come forth. The reader realises as Bea does, that there is no ‘real’ without ‘reel’ in TV.

The arc about finding true love is probably the one that defines the novel as a romantic piece of fiction, else it is a social commentary on human nature and behaviour. Bea has a bae, Roy, who takes her for granted and shies from professing his love until she is surrounded by a bevy of suitors, and that too, live on TV. The choice Bea makes is a politically correct one since she realises, despite all her efforts to sound and look like a woman comfortable in her skin through her blogs and pictures in swimsuits, how one measly comment or one mean remark can dampen her spirits.

In this arc, the story is one of self-actualisation and self-discovery, through a journey which leads the protagonist from feeling inadequate, incomplete and not enough for a score of reasons for acquiring blazing self-esteem. The novelist has made sincere attempts to take away the guilt of not meeting social standards – regarding beauty and age - and rather put it upon the inoperable criteria the society attaches to the life-plan and goals of an individual especially if that individual is a woman.

This book is a piece of feel-good literature and social commentary. One has no complaints to make in that regard. The protagonist has her shortcomings, but she has agency. She does not pass the Bechdel Test, and one does not expect her to, because she is obsessed with the idea of finding love, yet, the novelist has made sure the readers realize that her obsession is less self-created and more thrust upon her by the social pressures, a yoke that she throws off towards the end. This book might bring to mind Sally Rooney’s novels only because the women characters falter and dwindle at times, but majorly, are in full control of themselves and their environments in a discourse built over man-against-society and man-against-self.

The writer has authored two books of fiction, including Unfettered Wings: Extraordinary Stories of Ordinary Women (2018)

Of romance and reality TV: Kate Stayman-London discusses many issues that women face in this age of social networks 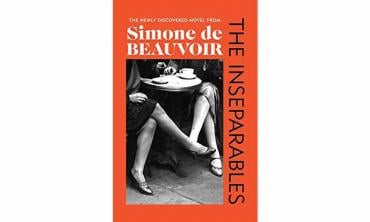 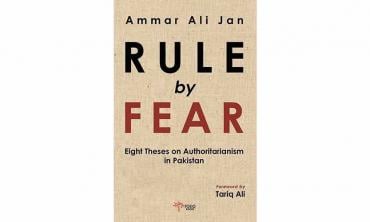