An interview with Khalil e Jahshan, a Palestinian-American political analyst and commentator

Khalil E Jahshan is a Palestinian-American political analyst and media commentator. He serves as executive director of Arab Center, Washington DC. He has worked as a lecturer in international studies and languages at Pepperdine University and executive director of Pepperdine’s Seaver College Washington DC Internship Programme. Jahshan also served as executive vice president of the American-Arab Anti-Discrimination Committee (ADC) and director of its government affairs affiliate, National Association of Arab Americans (NAAA)-ADC.

Throughout his career, he has held numerous leadership positions in Arab-American organisations in the United States. He appears regularly as a political commentator on Arab and American media outlets.

The News on Sunday: In your opinion, would Israel’s recent agreements with Bahrain and the UAE bring a significant change in Middle East politics? What do these agreements mean for the security of Arab states against the “apparent threat” from Iran?

Khalil Jahshan: The deals signed by the UAE and Bahrain with Israel and the United States will most likely bring about some change in the strategic balance of power in the region, but not in terms of regional peace and stability as claimed by the signatories. These agreements are not peace treaties to solve the Arab-Israeli conflict or its core conflict, the Palestine problem. In practical terms, they are agreements seeking to enhance the national security of the signatory states vis-à-vis real or perceived regional enemies such as Iran and Turkey. They will most likely, hinder the prospect for a just and lasting peace between Israel and the Palestinians.

With that said, it is doubtful that the deals would effectively realise the objective desired by some Gulf states i.e. to enhance their security against encroachment on their broad interests by Iran and Turkey in various parts of the region. After all, these states are already armed to the teeth by their Western allies. They have joint defence arrangements with their Western supporters who are currently fully engaged in strategic confrontations with Iran, including efforts to affect regime change through “maximum pressure” and other forms of sanctions and targeted military attacks against Iranian targets. It is doubtful that this new alliance with the US and Israel will produce more intensive or significant involvement by both powers against Iran. Based on recent behaviour in the region, neither Washington nor Tel Aviv is interested in engaging Iran militarily on behalf of any GCC country, as evidenced in the timid reaction by the US to the devastating Iranian drone attacks on September 14, 2019, against Saudi oil facilities in Abqaiq and Khurais in Saudi Arabia.

TNS: Saudi Arabia has been the principal power-broker in the Middle East until the new agreements between Bahrain and the UAE on one hand and Israel on the other. These Gulf states are now directly making arms deals with the United States. Do you think this will jeopardise Saudi interests in the Gulf region and alter the regional balance of power?

KJ: Arms sales to GCC countries impact the regional balance of power, particularly when accompanied by strict economic and military sanctions imposed on Iran by the United States and its allies. But, the relevant question in this regard is what have these GCC countries been able to do on their own with the massive armaments they have acquired thus far to confront Iran’s ambitions and intrusions in the Gulf area. Not much, considering the fact that Arab arm purchases have averaged more than half of all US sales in recent years. Saudi Arabia alone has purchased more than $120 billion in US weaponry between 2009 and 2016.

It seems to me that Arab appetite for US arms is insatiable as long as the resources to acquire them are still available. It’s more of a false security blanket for some of these countries based on their inability in recent years to deter Iran, in general, or to achieve victory in conflicts like Yemen, Syria or Libya.

TNS: Israel has established diplomatic relations with four Middle Eastern states, reducing security risks and strengthening its alliances against Iran. The agreements, however, have entirely side-tracked Palestinians’ struggle for their rights, sovereignty, and statehood. Do you agree?

KJ: First, I am not sure that establishing formal diplomatic relations with Israel has really reduced security risks from potential Iranian threats. On the contrary, the perceived threat emanating from this new alliance with Israel is more likely to tempt Tehran to pursue a more aggressive policy toward its Arab neighbours than before. Should that materialise, it would defeat the hidden agenda of the new arrangement despite the loud denials by the UAE, in particular, that its recognition of Israel is essentially a sovereign decision not intended as an alliance against any other state in the region.

As far as Palestine is concerned, I agree that the agreements have undermined the Palestinians and weakened their hand in any future political engagement with Israel. Frankly, the arguments used by the UAE and Bahrain that they have entered this alliance with Israel and the United States for the benefit of the Palestinians are not convincing at all. They are more likely to encourage Israeli intransigence, prolong the occupation of Palestine and diminish the prospect of a just and lasting peace in the region. In my humble judgment, it’s a self-defeating adventure.

“The last thing the Middle East needs at this tragic phase in its history is additional divisions and intervention by outside alliances with conflicting interests.”

KJ: First of all, there has been no serious peace process in almost two decades. Israel is too strong militarily, it is too invested in the occupation, and there is no regional or international incentive to convince the right-wing government in Israel to mend its ways. As Netanyahu frequently admits, it’s easier for Israel to reach peace with distant Arab countries than with the Palestinians, simply because the latter requires a territorial compromise which Arab states do not insist on, as evidenced in the recent deals with the UAE and Bahrain.

Consequently, the Palestinians are faced with additional difficulties that require them to step back and reassess their national strategy as they continue to seek an end to Israeli occupation and colonisation. Their pursuit of self-determination and independence is no longer feasible under the present circumstances. They have clearly reached a dead end with the likes of Trump in Washington and Netanyahu in Tel Aviv.

TNS: President Trump has declared after signing these agreements in the White House that some other Muslim states in the region will also sign similar agreements soon. Who are these states? Is Saudi Arabia next in line to establish diplomatic relations with Israel?

KJ: I think Trump and his advisers at the White House are intoxicated by the Pyrrhic victory handed to them on a silver platter by Abu Dhabi and Manama. Their attempts to pressure an additional five, six, or nine Arab states to join Trump’s scheme might materialise as they speculate. Media sources speculate about Oman, Sudan, Mauritania, Morocco, Djibouti, Kuwait, and even Saudi Arabia. However, the same principle remains operative: no comprehensive and lasting peace will prevail in the region as long as we lack a just peace in Palestine.

TNS: As it appears, new international alliances are building up with the US, Saudi Arabia, India, Bahrain, and the UAE on one side and Russia, China, Turkey, Pakistan, Iran and Syria on the other. How would it affect the geopolitical dynamics in the Middle East?

KJ: The last thing the Middle East needs at this tragic phase in its history is additional divisions and intervention by outside alliances with conflicting interests. These developments have not helped in the past, are of no help in the present, and will be most likely detrimental to the future of the region whose millions of inhabitants continue to yearn for peace, stability, and dignified treatment by their governments. Confrontational alliances will exasperate existing conflicts from Yemen to Syria to Libya and complicate attempts to resolve these and other conflicts.

TNS: The timing for mediating these agreements has been perfect for President Trump, who faces an uphill battle against Joe Biden in the presidential race. Do you think President Trump will try a daring adventure with Iran to get popularity in the forthcoming election and divert attention from his failing policies on coronavirus and unemployment at the same time?

KJ: Donald J Trump has a one-item agenda at this time: getting re-elected for a second term. He will do anything to achieve his objective. His addiction to the office has coloured his judgment regarding both domestic and foreign policies. He finds himself politically vulnerable at this point in time. I would not be surprised if he resorts to some daring adventure at home or abroad to divert attention from his political shortcomings. He could refuse [to respect] the results of the November 3 election, or he could embark on a military adventure in Iran. The field is wide open.

TNS: Prime Minister Netanyahu is also facing severe corruption charges while barely holding to political power in Israel. Do you think these new diplomatic relations with the Gulf states will help strengthen his political hand internally?

KJ: Similar to Trump’s internal situation, Netanyahu faces his domestic challenges. The public uprising in Israel against his failure to control the coronavirus pandemic, the worsening economic conditions, corruption charges that could result in his conviction - all combine to drive him to desperation. Netanyahu has always been at his Machiavellian best and most dangerous politically, when cornered. He is using this cost-free gift from Trump and his Gulf allies to distract public attention from his failures and avoid a conviction on corruption charges. Thus far, he has been successful at rallying his base of support, as done by Trump in the US. However, it remains to be seen whether he can implement his ultimate plan of dismantling his current coalition and push Israel towards a fourth election to resurrect his political career.

The interviewer is an academic scholar, a freelance journalist, and a grant development consultant based in the US. Currently, he is an adviser to the Human Rights Programme at Southern Methodist University. He frequently writes for newspapers and academic journals on media strategies and international affairs. He has recently published a co-edited book, From Terrorism to Television: Dynamics of Media, State, and Society in Pakistan (Routledge, 2020). 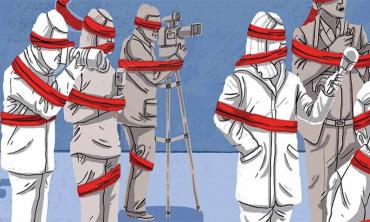 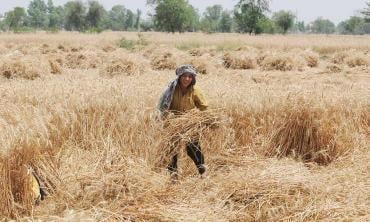 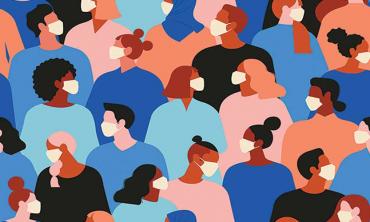