Riding a bicycle on city streets has an old-world charm. Lately, it also became a popular trend during lockdown. Yet, it’s still not considered safe, especially for women and children. But now they may be able to cycle without fear and in a healthy environment in the provincial metropolis.

Thanks to the Parks and Horticulture Authority (PHA), which has set up dedicated cycling tracks in two major parks of Lahore, the citizens can enjoy some nice cycling-time in the morning and evening.

One of these tracks was inaugurated on the Defence Day (September 6) at the Racecourse Park (Jilani Park), where dozens of happy cyclists showed up, sporting helmets and sunglasses, a few in facemasks too. They attended the inaugural ceremony and later cycled on the track. The track is said to be a kilometer long. The other cycling track, in Baghe Jinnah, is 3.3 kilometres long.

Wearing a designer helmet and knee pads, Sumera Kaleem, a cyclist, told TNS at the inauguration at Racecourse Park: “I am very fond of cycling. I always wished to be able to ride [a bicycle], but my parents wouldn’t let me. Today, I feel like I’m a free bird.”

Tanzeela, a younger cyclist, seconded her: “When I started college, I would go riding my bicycle. But soon I had to call it quits as I felt vulnerable on the city roads. It seemed that everyone was staring at me. Hopefully, it won’t be the same here.”

“It’s been a very refreshing experience,” commented Rashida Raja, who cycled for a good half an hour at Racecourse. “It’s not just fun but it’s also a great stress-buster.”

At a time when cycling on the busy roads of Lahore could be counter-productive, considering how one is likely to inhale the many poisonous gases and vehicular emissions polluting the air, PHA’s initiative is a breath of fresh air for people craving the activity.

Zaigham, the cycle trainer at Racecourse, also spoke about the health benefits of regular cycling, he said, “It’s great for your cardiovascular fitness. Besides, it increases muscle strength and flexibility, improves joint mobility, posture and coordination; decreases stress levels and body fat. It can play a vital role in preventing and management of many a disease.”

When quizzed, Dr Jamil, a physiotherapist, said that cycling improves both physical and mental health: “It’s a good way to control your weight, especially for females who want to get rid of the post-natal fat.”

He said that cycling “is a comfortable form of a sport. You can control its duration and intensity as per your body’s requirements, unlike most sports.”

Khalid Nisar, a nutritionist, added that steady cycling “burns about 1,200 kilojoules (about 300 calories) per hour.” He quoted a British research according to which a half-hour bike ride daily could burn around 5 kg fat over the course of a year.

Cycling is also said to aid in balancing body’s glucose levels. As Dr Tariq Chishti, a medical practitioner, put it, “Type-2 diabetes is becoming very common, which is a cause for serious concern. Lack of physical activity is thought to be one big reason why people develop this condition.”

Jameela Ahsan, 52, said that she’s a diabetic and the doctor had advised her some sort of cardio, but she wasn’t quite motivated. “After seeing so many women cycle in the park, I’ve also purchased one,” she added. “Now we cycle in a group [in the park], and it feels so good.”

At a time when cycling on the busy roads of Lahore could be counter-productive, considering how one is likely to inhale the many poisonous gases and vehicular emissions polluting the air, PHA’s initiative is a breath of fresh air for people craving the activity.

To quote Jawad Qureshi, the PHA director general, “The PHA has provided a healthy activity to the citizens in the form of the cycling track within the park. They will be able to enjoy [cycling] during morning and evening timings, under the supervision of a trainer.”

Hopefully, the construction of mixed cycling tracks in public parks shall encourage a healthy activity and open the society to ideals of inclusiveness and acceptance.

The writer is a city reporter at The News 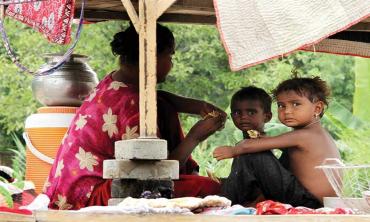 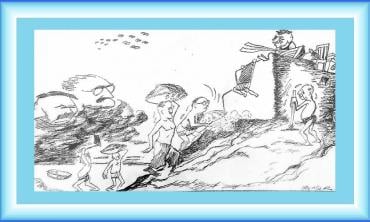 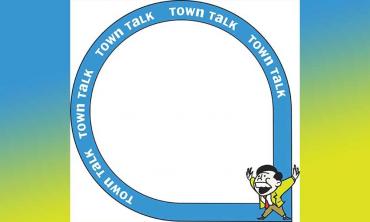