When is the right time for our children to learn English?

In an otherwise balanced critique of the Single National Curriculum (One nation, one curriculum. Really? TNS, August 30), Mr Amjad Nazeer strays unconvincingly into the minefield of the medium of instruction without really getting a handle on the issue.

The difficulties begin immediately with the way he sets out the problematic: “Urdu is proposed by the champions of supra-nationalism, English by the wealthy elite and mother languages by the ethno-nationalist stalwarts and dissenters.” This asserts that the advocacy of a medium of instruction is based on nothing more than the maximization of a parochial and selfish group interest?

But is this correct? If so, does Mr Nazeer’s advocacy for English mean that he is a Trojan horse for the wealthy elite? Does it mean that the years of research on the efficacy of the first language as the medium of instruction for early childhood education, especially in the multilingual European Union, is all the work of “ethno-nationalist stalwarts and dissenters”? If so, why has the Mother- Tounge-plus-Two formula been adopted in the EU based on the years of research?

The sensible and unbiased approach to this issue is to set aside all the partisan interests and to rely solely on the evidence that has accumulated on the role of language in early childhood education. That should be the overriding determinant: What does the evidence say?

When it comes to evidence, Mr Nazeer makes sweeping statements for which no proof is cited: “It is quite clear that learning exclusively in Urdu or mother languages leaves students behind economically” and “At the same time, English language emancipates from class oppression and tribalism too.” How is this quite clear? What research is being cited? This kind of hand-waving is really unhelpful in resolving an issue as complex as the medium of instruction that bears so heavily on the future of millions of children and thereby on the future of the country.

Mr Nazeer’s own recommendation (“Numeracy and scientific concepts should be imparted in English right from Grade I”) is nothing more than an expression of his own preference or prejudice or, to be unkind, his being a stalking horse for the wealthy elite. What, again, is the scientific basis for this recommendation?

In an extended version of his article (Single National Curriculum is a diversion. Quality and access to education is what matters. Nayadaur.tv, August 26, 2020), Mr Nazeer justifies this with the same old tired argument that “English today is the source of knowledge, skills and technology.” That may well be true, but how does that lead to the intellectual leap that numeracy and scientific concepts should be imparted in English right from Grade I? Mr Nazeer is falling into a terrible cognitive trap being unable to distinguish between knowledge and learning.

He is at least ahead of some other advocates of English in recognizing that the Chinese and the Japanese have become global leaders in science and technology without using English as the medium of instruction for early childhood education. But like all partisans who are unwilling to give up their pet theory even in the face of overwhelming evidence, he dismisses that alternative by asserting that the Chinese and Japanese path would require “spending enormous amount of resources” because all modern and classical knowledge would “need to be translated into Urdu and mother languages (as is the case with countries like China and Japan) which this state is not willing to do.”

Why is Mr Nazeer being so easy on the state? Instead of citing the obvious advantage of early childhood education as demonstrated in China and Japan (and not just these countries) and compelling the state to change course, he is quite content to be satisfied with a terrible second-best solution. This is like saying that since the state is unable to provide clean water to poor people, we should teach the latter how to boil water instead. Such a gentle and considerate attitude towards the state reveals its own partisan biases.

Even without getting into the evidence, it should be obvious how misplaced and impractical is the solution proposed by Mr Nazeer. Having himself cited the terrible quality of teachers in the country’s public schools, he somehow believes that children taught in English by such teachers would be able to compete with the children of the elite on the basis of their knowledge of the language? This makes no sense whatsoever, no matter how one may want to twist the argument. One could recommend that the quality of teachers be improved but on what basis? The same state that is not willing to translate knowledge into Urdu is now expected to upgrade all the teachers that it has failed to do for seventy years. What will happen to the politics of patronage? It is important to be consistent in one’s arguments unless one really believes consistency to be the hobgoblin of little minds.

It should be obvious that given the recalcitrance of the state and its complete abdication of responsibility for the welfare of citizens, the onus for a resolution of the blight of inequality is on civil society. I agree it is virtually impossible to get the state to allocate resources for the betterment of citizens. But with enough pressure, it can be forced to yield gradually to level the competitive playing field. It is not possible to raise the linguistic competence in English of the majority to that of the elite. But it is possible to make the elite compete on the wicket of the majority by mandating all competitive examinations in local languages. English can then be learnt as a subject by successful candidates as it is in China and Japan.

Mr Nazeer has made the fatal error of confusing knowledge with learning. Learning comes first and once children acquire the ability to learn they can add to their stock of knowledge which includes knowledge of languages. One should be aware that the first language is ‘acquired’ by imbibing ambient sounds and not ‘learnt’ in a classroom. Children think most easily in their first language and this unconscious ability to think is then leveraged to learn other things in a structured format. Starting with English for a child from Naran is no different from starting in Chinese, which would be ridiculous. But a cognitively enabled child from Naran would have no difficulty learning English if he/she has a need to at a later age just as young smart inductees into the Foreign Service learn new languages in their twenties.

So, the question should boil down to this: What is the most effective language to promote the cognitive ability to learn in early childhood? All policy must be based on the answer to this question. And this question has been answered repeatedly by educationists based on meticulous research: it is the first language.

This evidence dates as far back as 1953 when UNESCO declared that “every effort should be made to provide education in the mother tongue.” In 2016, as part of its Global Education Monitoring Report, UNESCO repeated the message: “To be taught in a language other than one’s own has a negative effect on learning.”

Empirical studies started appearing in the 1970s. A pioneering study in Nigeria in 1970 demonstrated unequivocal results: “children taught in their mother tongue simply did better than those who were taught in English.” Since then, such studies have been replicated many times with similar results.

In the face of such overwhelming evidence, to keep harping on the same tired theme of being left behind without starting English in Grade I is both a travesty and a tragedy - in fact we are being left behind precisely because we insist on starting in English in Grade I. A former director of the National Council of Educational Research and Training in India has pointed out “a bit wearily” just how “water-tight” the academic consensus is on the matter. “This is a heavily researched area for decades now,” he said. “It’s so obvious a point that it really can’t be debated. Mother tongue is the best place to start a child’s education.” To dismiss all this evidence as the ranting of ethno-nationalists and dissenters is to reveal one’s own biases and ignorance.

Many partisans turn this policy debate into a false confrontation between English and local languages. One should recognize that attempt for the red herring it is, intended only to divert attention from the real issue. There is no binary choice involved. Early education in the first language is good for the cognitive development of the child which should be all that matters. Once the ability to learn is acquired, the child can learn other languages as needed as it is done in China, Japan, South Korea, Russia, and countries of the EU. As mentioned before, there is conclusive research that children educated in their own language learn English better than those who were made to start with English in Grade I.

We owe it to the children to argue this policy on the basis of evidence and not unsubstantiated allegations about ethno-nationalism or gratuitous labeling as dissenters.

For more details on the evidence cited, see the following:

“Why is India obsessed with English-medium education – when it goes against scientific consensus?” Shoaib Daniyal, Scroll.in, August 6, 2020.

“On English-medium education, India is having the same debates it did 200 years ago.” Shivakumar Jolad, Scroll.in, August 22, 2020. 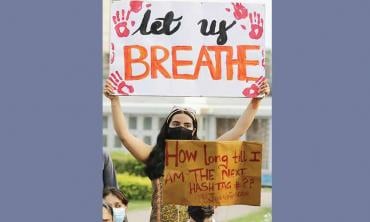 A call for more violence? 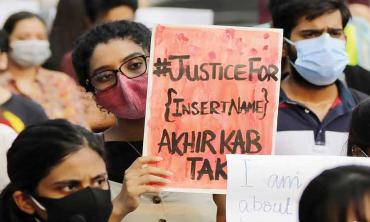 The forum of choice 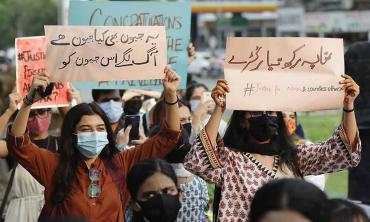