Maheen Sabeeh
In the picture
September 6, 2020

Kerry Washington, up for an Emmy Award for her performance in American Son, validates her nomination in a role that summarises why the global Black Lives Matter movement exists and still matters.

There are no visuals or sonic effects akin to Beyonce’s album, Lemonade, but American Son is easily the most compelling TV movie you will see on Netflix that explores the difficulties faced by African-Americans in America. It is also a meditation on the real reasons why African-American mothers and fathers are afraid for their sons and daughters.

Black Lives Matter has gained traction beyond the United States of America and several American actors have joined the crusade.

But the birth of American Son didn’t happen overnight; it was first a Broadway production with the same group of actors. Having had a profound result upon opening (with sold-out shows), Netflix picked it up and produced it as an hour and a half TV movie. And just recently, Kerry Washington got a nod from the Emmys in the form of a nomination for her performance.

Some of the finest actors from TV and/or film work in theatre as well. Amongst them are names like Jeff Daniels (Godless, The Newsroom) and Benedict Cumberbatch (Sherlock) – with the latter almost losing the role of Marvel’s Stephen Strange/Dr. Strange due to a commitment to play the role of Hamlet in a theatre production.

But you have to ask yourself how compelling was American Son – the Broadway production - that it got its own TV movie.

It should also be noted that Kerry Washington neither resembles Olivia Pope (her breakout role) from ABC’s network series, Scandal. Nor does she carry a resemblance to her small but evocative role as a slave in Quentin Tarantino’s Django Unchained.

American Son is the story of a family where the white father is clueless of his privilege, and a black mother, who holds a PhD and is a professor at a university. They are divorced but forced to come together under circumstances beyond their control. The repressed ugliness between the two appears as the film moves at a brisk pace.

Shot entirely in a room that functions as a waiting room in a police station, it hits harder than a David Fincher film. A storm is raging outside and a son is missing. He is also black therefore his questions about his own identity and culture are understood by his mother; not his F.B.I. father who lives in la-la land.

The film begins on an anxious note as Kerry Washington (Kendra) keeps pacing and asking the only white officer in a Miami police station (in fact the only officer present), where her son is. All she gets in return is condescension. The police officer, Paul Larkin, essayed by Jeremy Jordan, keeps telling her that another person is on his way and will explain the situation. What situation?

Officer Larkin, despite having some facts on hand, does not reveal a word.

Enter white daddy - Steven Pasquale as Scott Corner - and before the officer even learns his name or the fact if he is not the officer who is supposed to address the family, he starts spouting facts such as the boy was in a car with two other guys and so on.

The exchange of words between the divorced couple gets more heated because the father is unaware of how angry his son has been with him. What happens to the boy is well, the endgame.

American Son is the antithesis to the many TV shows where cops are angels from the heavens above, only out to get criminals and racism doesn’t exist. Or, if it does, it is dealt in a manner that is far from reality.

From full-blown shows like Blue Bloods to True Detective, Castle, Bones, Chicago P.D, Law and Order SVU, The Rookie, and Rizzoli and Isles, there are either no bad cops or if there are, the reason is something other than race – like greed or ties to the mafia.

American Son takes the grotesque trope of voyeurism depicted in crime shows and removes it completely to tell a story that is pertinent, particularly in America. With the one-off television event, you see how a family goes through the fear of racism that may or may not visit their doorstep and with it, the story of America, and the world. 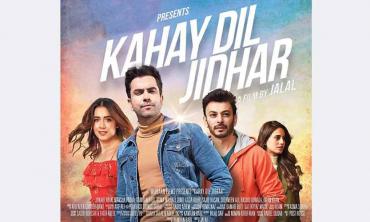