The Peshawar Bus Rapid Transit (BRT) issue was created by the PTI government in Khyber Pakhtunkhwa itself when the then chief minister, Pervez Khattak, declared while inaugurating work on the project (in October 2017) that the 27-kilometres long main bus corridor would be completed in a record six months (by April 2018).

He had timed the completion date with the holding of the general election scheduled to be held in July 2018. The flagship project of his government was aimed at fetching votes and winning a second five-year term for the PTI by providing a standard mass transit service for the citizens of Peshawar and the province.

Its electorate had never given a second chance to a ruling party as none had come up to its expectations in the past. Pervez Khattak, a seasoned politician with a successful career spanning more than 30 years, wanted to change this. The BRT, along with other projects and initiatives, was to enable him to achieve this objective.

Predictably, the BRT could not be completed in time. It rather took nearly three years to be made operational. In fact, work on certain parts of the project is still incomplete, a fact that has been criticised by the opposition parties. However, the buses are up and running and passengers, including a significant number of joyriders, are enjoying the service in air-conditioned buses that also provide free Wi-Fi service.

The 60-kms long feeder routes would become functional in the next two weeks.

Though Pervez Khattak’s whimsical promise to build the BRT in six months never materialised, the voters in Peshawar and elsewhere in KP didn’t seem to mind his government’s failure to fulfill the promise. To the surprise of everyone, including even Pervez Khattak and other PTI leaders, it got more votes than it had polled in the 2013 general election when Imran Khan’s party for the first time came to power in a province.

The PTI made history in 2018 by retaining power in a province known for rejecting incumbents, winning a two-thirds majority in the provincial assembly and becoming the first political party to rule solely instead of needing to form a coalition with smaller parties. The BRT was an aberration that didn’t count as far as the outcome of the polls was concerned.

KP would forever have a special place in the history of PTI as Imran Khan, after many years in the political wilderness, found success in the province by winning the 2013 general election. Still, the PTI needed three smaller parties to form a coalition government.

Its much-touted Billion Tree Tsunami project was first launched in KP and then extended to the whole country when the PTI won the 2018 polls. Apart from the BRT, the 82-kms long Swat Motorway was the first large project undertaken by any provincial government and is nearing completion.

Another project of national importance was the merger of the FATA with KP which was approved by the PML-N government in May 2018, but is being implemented vigorously by the PTI.

While in the opposition, Imran Khan had expressed reservations about the three metro bus projects initiated by the PML-N government. He had argued that public money should instead be spent on education, health and other pro-people projects.

The BRT is facing teething problems, mostly due to the mistakes made on account of the pressure that the PTI government faced due to the delays and the high cost. The mismanagement seen on the opening day, which was the Independence Day, the rowdy behaviour of young men forcing their way into bus stations and buses, breaking machines and beating up guards was embarrassing. It raised questions about protecting the BRT that cost more than Rs 66 billion, including the fancy bus stations and Chinese-manufactured buses. A bus broke down on an overhead bridge in front of the Balahisar Fort on the GT Road and passengers had to walk in the heat to reach the next bus station and the bus had to be pulled by heavy machinery with great difficulty to the main maintenance centre at Chamkani. Obviously, it caused disruption in the service.

The TransPeshawar, the company assigned the task to manage the BRT, ought to have done its homework to take care of such emergencies as it could happen often given past record in lack of maintenance and smooth running of public services.

Prime Minister Imran Khan, in his inaugural speech at the BRT launching ceremony, caused a chuckle when he unexpectedly praised Defence Minister Pervez Khattak for conceiving the BRT in 2017 to provide modern transport service in Peshawar. He said that he was wrong in opposing the project and Pervez Khattak was right in pushing it as was obvious now that the BRT had been completed and was the best metro bus service in Pakistan.

His praise for Pervez Khattak raised eyebrows as nobody until now has praised him for envisioning the expensive project that suffered delays and caused great inconvenience to citizens. A number of PTI leaders, including the current chief minister, Mahmood Khan, have conceded that it was a mistake to claim that the BRT would be completed in six months’ time. Many among them have termed it a sore point for the PTI and its Achilles Heel.

However, the PTI is hoping that everything would be forgotten once people start enjoying the bus service, linking Chamkani with Hayatabad and covering the city and its suburbs through the feeder routes.

While in the opposition, Imran Khan had expressed reservations about the three metro bus projects initiated by the PML-N government and called those a waste of money. He had argued that public money should instead be spent on education, health and other pro-people projects to benefit the citizens, instead of wasting it on roads, buildings and other schemes involving the use of cement and steel.

He had reservations about the BRT as well but had to give in to Pervez Khattak to go ahead with the project. Now he seems happy that the BRT has become a reality. Who knows how many similarly costly projects he may approve to gain visibility for his slogan of change? 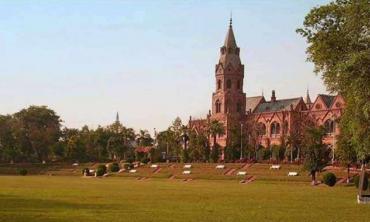 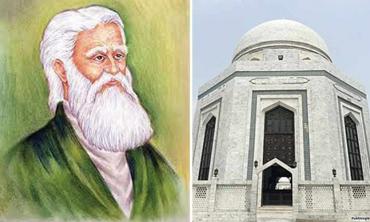 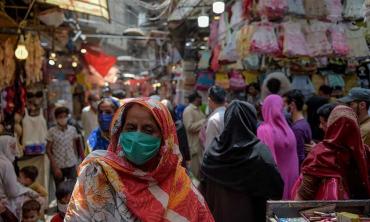