Jolted, but not in jeopardy

Pakistan’s ties with the Kingdom of Saudi Arabia are under the spotlight after Foreign Minister Shah Mahmood Qureshi issued a sharply-worded statement on August 5. Talking to a private TV channel, the foreign minister berated the Organisation of Islamic Conference (OIC) for not doing enough on Kashmir.

“I am once again respectfully telling the OIC that a meeting of the Council of Foreign Ministers is our expectation. If you cannot convene it, then I’ll be compelled to ask the PM to call a meeting of the Islamic countries that are ready to stand with us on the issue of Kashmir and support the oppressed Kashmiris.”

“If OIC fails to summon the CFM meeting, Pakistan will be ready to go for a session outside OIC,” he said, adding that Pakistan could not wait any further. He said Pakistan did not attend the Kuala Lumpur Summit last December on Saudi request and now Pakistani Muslims wanted Riyadh to “show leadership on the issue”.

“We have our own sensitivities. You have to realise this. The Gulf countries should understand this,” he said. Qureshi added he was not being sentimental and understood the implications of his statement. “That’s right, I’m taking a position despite our good ties with Saudi Arabia,” he said.

On August 7, the Foreign Office defended the remarks. “His statement is a reflection of people’s aspirations and expectations from the OIC to raise the Kashmir issue internationally. “The people of Pakistan expect more from the OIC and will like it to play a leading role in raising the Kashmir issue internationally. In this regard, our efforts will continue and we hope that there will be further forward movement,” Foreign Office Spokesperson Aisha Farooqui said during the weekly press briefing.

The statements came at the heels of reports Pakistan had to pay back a $1 billion Saudi loan on short notice. It did so by borrowing the amount from China. Its oil-import credit facility too has been suspended and the Saudis seem reluctant to renew it.

These developments point towards a diplomatic spat between the two countries or a serious misunderstanding.

The ties between the two countries are entrenched in history, going back even before the creation of Pakistan. In 1943, King Abdul Aziz Ibn Abdur Rahman al Saud, the founder of the Saudi dynasty, made a personal donation of £10,000 to All India Muslim League’s Bengal Relief Fund which had been set up by Quaid-i-Azam Mohammad Ali Jinnah to help rehabilitate the victims of the Great Bengal Famine in 1942. In 1946, the Saudis were helpful to the Muslim League delegation at the United Nations in terms of countering the engagements of the Indian National Congress. When Pakistan gained independence from the British, the Kingdom was one of the Muslim countries that recognized its statehood early. Within a few years, the two sides had signed a Treaty of Friendship.

At the same time, the Kingdom was opening up to other newly-established post-colonial states in Asia and Africa. Hence, it was not a surprise when India and Saudi Arabia participated in the Bandung Conference (April 1955). This was followed by high-level visits. Crown Prince Faisal bin Abdulaziz al-Saud visited New Delhi in May 1955. This set the stage for a strengthening of bilateral relations. By November the same year, King Saud bin Abdulaziz al-Saud visited India. India’s prime minister, Nehru, reciprocated by visiting the Kingdom in September 1956. These visits helped establishing strong ties between New Delhi and Riyadh.

Nonetheless, the Saudi tilt towards Pakistan was clear. It was even more visible during the 1965 India-Pakistan war when the Saudi Embassy in Karachi issued a statement calling upon India not to take undue advantage of its friendship with the Arabs by committing “aggression” against Pakistan. Since then, the Saudi-Pakistan relations have been consolidated politically, commercially and militarily. During the 1960s, Pakistan supported the Kingdom militarily. The latter, supported the former diplomatically, especially on Kashmir, and economically. Being one of the leading oil exporters from the Middle East, Riyadh rescued Islamabad at critical junctures, including following the 1998 nuclear tests. Also, since the 1970s a number of non-skilled/ semi-skilled workers from Pakistan have been employed in the Kingdom. The number stood at around 2.2 million a couple of years ago. These workers sent home remittances which were a key variable in our economic stability.

However, there was another dimension to this relationship: Pakistan’s ties with Iran.

Pakistan had established cordial ties with Iran during the Shah’s days. Both Iran and Pakistan were considered key partners of the US against the ‘communist’ Russia. However, the revolution in 1979 caused a major shift in Iran’s geopolitical approach. During the Afghan jihad, the Saudi state invested in Afghan militancy as part of a long-term strategy to counter Iran by indirectly funding various outfits and exporting its interpretation of political Islam.

Qureshi responded resentfully, and a bit aggressively, to Riyadh’s refusal to call an OIC meeting on Kashmir. Perhaps Pakistan underestimated the scale of Saudi reaction. The Saudi authorities are now reported to be unwilling to extend the deferred-payment oil import facility.

Pakistan’s relations with Iran during the 1980s were very complicated. On the one hand, there was ‘suspicion’ on account of the deepening Saudi-Pakistan ties and on the other, there was selective interaction. During the 1990s, while Saudi-Pakistan relations remained mostly on track, Riyadh gradually started revisiting its foreign policy vis-à-vis the South Asian countries.

India, for its part, did the same especially towards Saudi Arabia owing to the emergent geopolitical and economic relations after the end of the Cold War.

In the 1990s, commercial relations between New Delhi and Riyadh started thriving along with improvement in people-to-people contacts. Later, diplomatic and political linkages were improved upon. The number of Indian workers employed by Saudi Arabia stood at 1.5 million in 2000, and the two sides “desire[d] to intensify bilateral relations.” By the late 1990s, bilateral relations had advanced to the extent that business delegations from both sides made regular visits to explore commercial and investment opportunities. Saudi Arabia had emerged as India’s major supplier of crude oil, and in 1999, supplied nearly 3 percent of India’s oil imports. In addition, the bilateral trade reached $2.6 billion in 1999-2000. The Manmohan Singh government, much before the Modi Sarkar, consolidated those gains diplomatically to the extent that, upon the death of King Fahd in 2005, India declared a state of mourning and an Indian delegation attended the funeral. These developments did not go unnoticed in Pakistan on account of regional tensions, particularly India’s illegal occupation of a major portion of Jammu and Kashmir.

In a surprise for some in 2015, Pakistan turned down the Saudi proposal to join the Yemen war as the Kingdom’s military partner. Military ties between the two sides had been strong with several training programmes which Pakistan has been engaged with since 1967 when the two sides signed an agreement in this respect.

Pakistan’s refusal on Yemen war should be seen in a broader foreign policy perspective. Not unlike Saudi Arabia and India, Pakistan seems to have revisited its foreign policy regarding West Asia. Thus, in the recent years, there have been more state-level visits between Iran-Pakistan and Pakistan-Turkey. While suspicion has prevented a major breakthrough in bilateral Iran-Pakistan ties, the Pakistan-Turkey relationship is growing politically, diplomatically, commercially and militarily; intellectually too, as academics and think tanks from the two countries are frequently exchanging views. Pakistan has also shown extraordinary warmth in its relations with Malaysia.

Amid growing complexity in international relations, a state’s support on Jammu and Kashmir has become the litmus test for Pakistan.

The status quo was unilaterally disturbed by Modi-led India last year when it revoked Article 370 of its constitution. For a year now, the Imran Khan government has been trying to internationalize the Kashmir issue essentially through the media.

Thus, on the anniversary of the revocation of Article 370, the Pakistani government took certain measures including the issuance of a new ‘political’ map which carries a claim over the Indian-occupied Kashmir.

To highlight the significance of Pakistan’s commitment to Kashmir, Pakistan wanted to have a session of the OIC where Indian atrocities against the Kashmiris could be highlighted. However, Saudi Arabia, which dominates the functioning of the OIC, ignored Pakistan’s call.

Qureshi responded resentfully and a bit aggressively. Perhaps Pakistan underestimated the scale of Saudi reaction. So far the Saudis have withdrawn $1 billion and are reportedly unwilling to extend the deferred-payment oil import facility.

This Saudi action, which raised eyebrows in Pakistan, must be seen from regional, not national, perspective. Saudi Arabia has been as an oil-rich Middle Eastern economy since World War II. However, its oil reserves are shrinking and its GDP growth which was 10 percent in 2011 had declined to 3.5 percent in 2015 and 1.6 percent in January 2017. It gets around 90 percent of its revenue receipts from petroleum products but it is exhausting its natural oil reserves due to an over-reliance on hydrocarbon sources.

Owing to these economic constraints, Crown Prince Muhammad Bin Salman launched the Saudi Vision 2030 in 2017. It aims at reducing the Kingdom’s traditional reliance on petrochemicals by 2020, and comprehensively restructuring the economy by 2030. In addition, the Vision aims at raising Foreign Direct Investment from 3.8 percent of GDP to 5.7 percent. Importantly, King Salman has signed agreements worth $65 billion with China under the BRI framework. China is, meanwhile, reported to be willing to invest $400 billion in Iran, the Kingdom’s major rival in the Middle East.

Saudi Arabia is thus following a strict austerity plan as part of its Vision 2030. Getting its money back from Pakistan is due to the stated economic factors. The development seems unrelated to what has happened between Islamabad and Riyadh over Kashmir vis-à-vis the OIC. Meanwhile, since Pakistan’s economy is underperforming, sustaining its economic dependency on the Kingdom is unavoidable.

Having assessed its comparative weakness, the government of Pakistan is trying to overcome the diplomatic jolt. If this is managed adequately and timely, it will prevent jeopardizing the bilateral relations. Army Chief Gen Qamar Javed Bajwa is scheduled to visit the Kingdom this week to iron out the differences. For its part, Saudi Arabia, does not want to lose a Pakistani counterweight to Iran.

The writer has a PhD in political science from Heidelberg University and a post-doc from UC Berkeley. He is a DAAD, FDDI and Fulbright fellow. He tweets @ejazbhatty

Jolted, but not in jeopardy: Are Pakistan-Saudi Arabia ties entering a new phase? 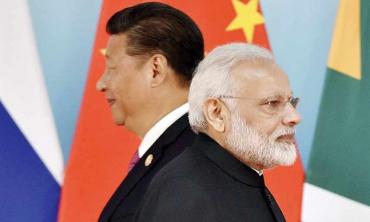