I remember the time when my sixteen-year-old son read Fouzia Saeed’s book Taboo (2001) and was convinced she was the best writer in the world. Of course, my own books were unreadable for him – and for myself to be frank – so it was only out of politeness that he considered me a writer at all. And, indeed, Fahad was right in praising Fouzia Saeed’s work on the ethnography of the prostitutes of Lahore.

Then came her own account of fighting ever so bravely against harassment by a high United Nations official entitled Working with Sharks (2012). I reviewed both books and noted that her work combined theoretical feminism with a social conscience. With On Their Own Terms: Early Twenty-First Century Women’s Movements she carries both strands of her lifelong commitment further building her case about how to be a feminist social activist and a social scientist in Pakistan.

While most academic social scientists frame their studies in the light of some grand theory, Saeed places the theory in the end. Let me, however, begin with the theory. Saeed uses economist Friedrich Hayek’s theory of agency. The theory claims that human decisions are the basis of social change both positive and negative. This implies that experts do not necessarily have all the solutions but ordinary people know what is good for them. The knowledge of the latter is ‘incomplete and contradictory’ but it can provide insights and actual agency to get things done (p. 253). This theory gets support from the four movements which the author has described and of which she has been a part in some capacity or the other. Let us now come to the movements.

The first movement is that of the peasants of central Punjab. These peasants – about a million in number with 60 percent Christians and 40 percent Muslims – were landless tillers whose produce was appropriated by the owners of the land of which the army was one (Okara Military Farms for instance). They were dependent upon the managers for their livelihood since they were the ones who determined their share of the produce. In some cases, even the food they managed to save was a theft in the eyes of these managers who used harsh measures to harass and intimidate them. Between 2001 and 2003, when General Musharraf was ruling, things came to a head and the peasants started resisting the managers.

Initially, the men were at the forefront but when they were arrested, women emerged as the leaders. Women like Aqeela Naz, Munawwar Bibi and Nasreen Gul inspired peasant women to come to rallies and spoke to them. As the military farms were the centre of the resistance, the author interviewed Gen Mehdi who told her that for him the movement was a ‘law and order issue’ not one of human or peasant rights. However, he did concede that the managers could be corrupt and that he would find out if that was so (p. 56-57). The peasants eventually won the right to keep their produce. Women, as Saeed found out, found their voice and their agency helped their community win some of their rights.

The second movement analysed by the author is that of the Fisherfolk of Sindh. These people used to fish in lakes and the sea and sell their fish for their livelihood. Then contractors came in and got the right to buy their entire catch. This meant that the fisherfolk could not even cook fish to feed their children. The large contractors also used powerful boats and fine nets which depleted the sea of fish so anyone trying to catch fish without being part of the organised team of the contractors could hardly make a living. Although the contract system was abolished by law it came back with a vengeance when the Rangers got large areas of the coast to catch fish in 1977. They used strong-arm tactics to coerce the fisherfolk to give all their catch to them. Some of their personnel also violated the privacy of the fisherfolks’ homes harassing women and accusing them of theft if they were found cooking fish.

One of their leaders was Mohammad Ali Shah. When he was arrested, his wife Tahira Ali emerged as a leader. By 2004 the Pakistan Fisherfolk Forum (PFF) was at the height of its activity. Even Gen Musharraf took notice and the Rangers were told to stop meddling in the fisheries. However, other contractors, encouraged by the bureaucracy, took over and the movement went on. During this time a girl from a fishing community in Thatta, called Khattu Mallah, who resisted being seduced by a manager, was abducted and raped for three months. Tahira led the struggle to restore her to freedom and dignity. In short, women’s agency proved to be of great importance in this movement for rights and dignity in one of the poorest communities in Pakistan.

Friedrich Hayek’s theory of agency claims that human decisions are the basis of social change both positive and negative. This implies that experts do not necessarily have all the solutions but ordinary people know what is good for them.

The third movement – that of Women Health Workers – fills one with despair. These were women recruited by the government to take preventive medicine – polio drops, vaccination, other medical interventions of a basic nature – to the doorstep. The programme was initiated by Benazir Bhutto in 1994 and the federal government was responsible for it (later provincial governments). These women were not paid much but still, they did not get their salaries on time. Moreover, in the Tribal Areas where the Taliban had spread the false information that polio drops were a conspiracy against Muslims, they were attacked and killed. Elsewhere, too, they were resisted by men who thought they were corrupting their womenfolk. The irony of it was that when they so much as demanded the arrears of their meagre salaries the lower bureaucracy insulted them, kept them waiting and harassed them.

So, it was to redress these grievances that women joined together and organised themselves. Among their leaders were Farhat Sultana, Bushra Arain, Rukhsana Peerzada and Nasreen Munawwar. They got a breakthrough when the Supreme Court of Pakistan took up their case and the bureaucracy went on the back foot. In June 2011, however, the Ministry of Health devolved to the provinces and the provincial governments resorted to the same humiliating tactics of delaying their salaries and humiliating them.

The struggle began afresh. As no government officer listened to them, they assembled at many places. The dharna in Islamabad on April 19, 2012, was memorable because they had threatened that they would immolate themselves if nobody came to listen to them. As the hour drew near the media focused attention upon them. Bushra doused herself with kerosene oil. Just as she was about to put a flame to her body, her driver stepped in and set himself on fire. He was moved to a hospital and sustained major burns from which he recovered slowly. The media attention made it possible for them to be heard and now most of their major grievances have been redressed.

The fourth movement covered in this study is against sexual harassment. It is called AASHA which, in Hindi-Urdu, means hope. The author remained attached to this movement from 2001 to 2012 during which major and pioneering legislation against sexual harassment was passed. The story of how it was passed is what Saeed recounts in the chapter on it. Sexual harassment goes unpunished, and even unreported, because of a male ideology (which women have imbibed too) in our patriarchal society. Saeed describes the impediments to the laws she was lobbying for as follows:

“Claims of immorality trailed the activists of the AASHA movement from start to finish. The commonly held myth of sexual harassment and its causes is that it is always the woman’s fault (p. 268).”

Even some of the lawmakers were not above these beliefs. They impeded the passage of the laws or introduced amendments which made them toothless. Members of religious parties waxed indignant calling them anti-Islam and anti-Pakistan. Even some members of the Pakistan Peoples Party (PPP), which was formally in support of them, secretly opposed them. However, members of the AASHA movement, Saeed in the forefront, lobbied patiently with individual members and met with success. Maliha Hussain, the author’s sister, continued with the actual implementation of these laws beginning with the formation of anti-harassment committees in workplaces. Even now this work is going on. This book will contribute to making people aware of how these battles against our anti-women mindset were won.

In my opinion, this is a landmark study of the kind which is useful both for the scholar and the social activist. It breaks the myth which uninformed people spread that women have never achieved anything on their own and, at best, they inherit political power. The facts are otherwise. Although the odds are stacked against women in Pakistan, they have had successes when they have tried. Saeed’s book should be read in schools and universities to give hope to young people and to make them understand that life is hard for the working people of Pakistan and for women in particular and that they too can stand against oppression even if it is by simply knowing about its history through books like this.

I recommend this book unreservedly to social scientists, social activists, labour leaders, students, journalists and the general public. It is rare that a book written by someone who is herself an activist comes out. And now that it has, it should be commended and given the attention it deserves.

The writer is a linguistic historian

Against all odds: Fouzia Saeed’s new book breaks myth that Pakistani women have seldom achieved anything on their own 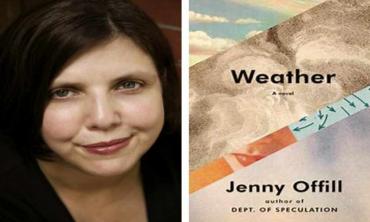 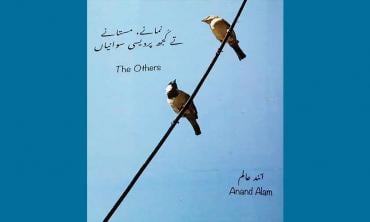 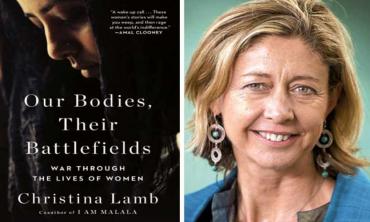