When Men In Whites weren’t right!

Cricket may be a gentleman’s game but at times the men appointed to officiate don’t make the game proud with their antics. We are not talking about a bad decision or two but habitual bad decisions; we are not discussing issues that were avoided but those that weren’t; yes, we are talking about the Men in Whites who thought they were bigger than the game, and that’s what led to their downfall.

He belonged to a Cricket family; two of his brothers - Shafqat Rana and Azmat Rana - had already represented Pakistan and his sons - Mansoor Rana and Maqsood Rana - were on the verge of playing for the country. Yet Shakoor Rana didn’t think of the consequences when he confronted the English captain Mike Gatting in Faisalabad for an offence that wasn’t as serious as its resulting situation. All that the umpire wanted was an apology from the English captain who lost his cool during the argument but he could have deferred his decision till the end of the match and registered a proper protest. No, he chose to make a huge scene, costing both the teams a loss of one day’s play and causing embarrassment to both the cricket boards. In the end, he got his apology, England went on to lose the series and decided to pay back Pakistan in the same currency.

It wouldn’t be incorrect to say that umpire Roy Palmer was England’s answer to Shakoor Rana. He might have been a good first class cricketer or umpire but the way he officiated in the Test series against Pakistan in 1992 was humiliating. Till then, people respected the English umpires and Dickie Bird and David Shepherd were their poster faces; after that series English umpires were considered no different from the rest of the men in whites. The series that was Pakistan’s first in England after defeating them in the final of the World Cup earlier that year was marred by bad umpiring. Even then Pakistan managed to win the five-match series 2-1!

There was a run out decision that should have been given out, there were a few plumb LBW decisions where the umpire chose to look the other way, but what was worse was the way first-time Test umpire Roy Palmer treated players from Pakistan. The English fans might argue that while he handed over the sweater to Aqib Javed, it fell down because it got stuck in the umpire’s belt, but there hasn’t been any other case like that since. Yes, the Pakistani players led by skipper Javed Miandad shouldn’t have created a scene on the field but at that point, it was unavoidable. If you look at the video even today, you will realise who was at fault, and who seemed to have woken up on the wrong side of the bed that morning!

No one can forget Mervyn Kitchen’s disastrous umpiring during the 1996 Test series between Pakistan and England, which Pakistan won despite biased umpiring, again! However, had it been to Mervyn Kitchen, he would have ensured that England ended up as the winners. It was during one such moment when Wasim Akram lost his cool; he had a classic leg before wicket victim in front of him in Robert Croft yet Mervyn Kitchen decided not to raise his hand. In fact, he went on to say ‘Not Out’ with Wasim Akram staring at him, and commentators calling it a ridiculous decision.

Thankfully, Pakistan won the match and the International Cricket Council (ICC) became smarter, going for neutral umpires rather than umpires who were supposed to be neutral. Thanks to people like Mervyn Kitchen and Roy Palmer, cricket’s governing body decided to create the Elite Panel, and empowered the Match Referee to avoid further embarrassment.

If ever there was a villain amongst umpires, Darrell Hair would have been his name. The Australian umpire once no-balled Muttiah Muralitharan during an ODI Down Under and didn’t learn from his mistakes and decided to play Almighty during a Test match. The venue was The Oval in England where the hosts were battling against Pakistan, and out of nowhere Darrell Hair decided to penalise Pakistan by five runs for allegedly tampering with the ball. None of the cameras picked the act nor was the ball swinging ferociously, yet he and his fellow umpire Billy Doctrove thought it must have been Pakistani bowlers who damaged the ball and awarded five runs to England.

By the time Pakistani skipper Inzamam ul Haq realised what had happened, it was tea break and he registered his displeasure by not taking the field. He might not have done the right thing but neither had Darrell Hair who removed the bails, abandoned the match and declared England the winners by forfeit. Months later, Inzamam ul Haq was acquitted for ball-tampering charges, whereas Darrell Hair continued his ‘evil ways’ and was convicted of stealing money to pay for his gambling addiction.

When Men In Whites weren’t right! 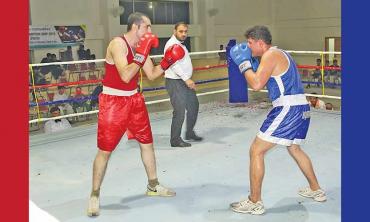 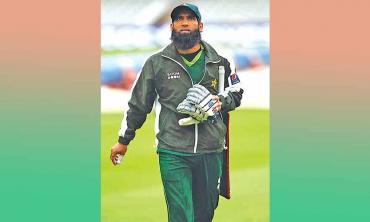 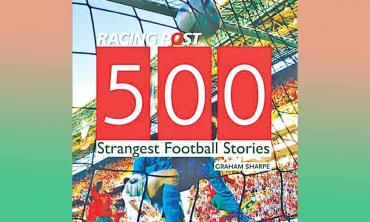