Dr Fawzia Afzal Khan herself is a practitioner of music and has been formally trained in the discipline of classical music. She attributes her understanding to Ustad Abdul Haq Qureshi, who was a practitioner as well as a theoretician of music.

But at the same time, Fawzia Afzal is a scholar in a weightier sense. In her book, Siren Song, it appears that the scholar has got the better of the performing artiste in her. The book is laden with dense prose, making it difficult for the reader to understand the writer’s point of view. Of course being an academic herself, she has her alliances and sympathies and it appears that she is following the line established by cultural studies by looking at the lives of the women vocalists through the standards and markers of feminism that she has set for herself and for her readers.

Like many in the West, she has been in constant touch with the local cultural scene and has been a sort of commentator from the outside. The Pakistani Diaspora is very concerned about what happens in Pakistan and their hearts beat with us. With their new-found freedom in Western societies, such writers can mercilessly criticize those left behind to fend for themselves. Being in the thick of things, those at home are at their wits’ end to make some sense of their lives, while those outside Pakistan have the license to be quite unforgiving about certain matters.

If writers or critics live outside of the political and geographical boundaries of the countries they are commenting on, they offer another perspective to what is happening on the inside. Such views are also more objective as Pakistanis themselves are rarely objective.

The Pakistani culture or the sub-continental culture has many things it might have in common with more traditional and ancient societies in the world. The role assigned to vocalists and those coming from a professional background is quite defined. To an outsider, it can appear contradictory. To those living outside the country for long and schooled in the latest ideological warfare of gender, class, race and ethnicity, it may appear to be revolting. However, it may not be so. And it may be something else that needs a greater and more sophisticated understanding than the mere labeling of things based on derived ideas.

People’s relationship with the arts, especially the performing arts, has been a very complicated one in this region. The complexity undermines the way its values are judged these days particularly in the Western academic circles. The approach at home is thus laden with paradoxes and it becomes difficult or impossible to separate the sacred from the profane. Probably the purpose was to stay put and not attempt to separate the two. However, it could be that the two were inseparable and have to be experienced in their totality instead of just being rinsed and washed in some kind of a moral sanitizer.

The relationship of the sacred and the profane is a dialectical one and not a straight forward contradiction. The two exist side by side as the sum total of our existence. Many in a more purist tradition have tried to see the two as being chemically different, but that may be like losing the compound while only focusing component elements.

There is very little in the book about the music of the female vocalists like Noor Jehan, Roshan Ara Begum, Abida Parveen, Reshman, Malika Pukhraj, Suraiya Multanikar, Tahira Syed, Tina Sani, Hadiqa Kiyani, Aaliya Rashid, and Deeyah Khan. The focus, instead, is on sociological or cultural studies’ perspective about these artistes’ station in society. Cultural studies took better of the author. The two should have been more integrally linked. The author’s next venture should be about the connection between the two.

Fawzia Afzal Khan has been a university distinguished scholar, a professor of English and a director of the Women and Gender Studies programme at Montclair State University. She is a Fulbright fellow and has received a National Endowment for the Humanities award and a development grant for building bridges through film. She has authored five books, including Lahore with Love: Growing up with Girlfriends Pakistani-Style.

Understanding Pakistan Through Its Women Singers 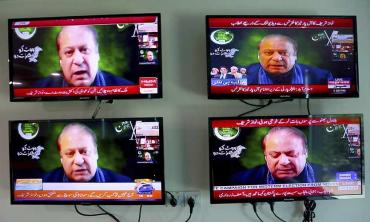 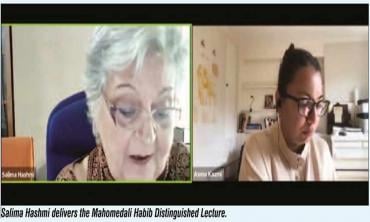 ‘Art and artists shaped our identity’