Emperor Akbar, the greatest of the Mughal emperors, who ruled India from 1556 till 1605, left a legacy of tolerance, virtuousness, harmony, and prosperity. Ira Mukhoty’s definitive and exhaustive biography on Akbar deconstructs his long and memorable reign that not only solidified Mughal rule in the subcontinent but also laid its foundation on which the dynasty was able to last over two-hundred years after his death.

Mukhoty’s Akbar The Great Mughal The Definitive Biography reflects upon Akbar’s life beginning from a turbulent childhood that saw his father Emperor Humayun and the rest of his family uprooted from India to Afghanistan because of Sher Shah Suri’s conquest. Being displaced from Delhi, far off in the vicinity of Kabul, the future emperor deprived of fatherly and motherly love grew up with his cousins and Uncle Kamran. From an incredibly young age, Akbar was filled with a competitive spirit. His lack of interest in education was eclipsed by his love and passion for sports.

This six-hundred-page biography provides a detailed background for the life and times of Akbar, the courtiers and family members that influenced him throughout his long and prosperous reign. Akbar’s largely popular image of tolerance, pluralism, multiculturalism and inter-faith harmony and dialogue form the core of this book.

Akbar’s lineage and legacy, his travails, initial struggles and the turbulence that he had to go through to become the emperor of Hindustan have been documented in detail. The author delves into various aspects of his reign, the richness and diversification of his court, the iconic courtiers like Birbal, Tan Sen, Abu al Fazl with whom he shared a definitive bond and formed a lifelong relationship.

Renowned for her earlier book, Daughters of the Son, Ira Mukhoty has weaved and wrapped the reign of Akbar into six chronological sections which provide deep insight into various phases of his life. Although he was illiterate, Akbar’s keenness to learn about different religions and the diversity of Hindustan’s culture and his ability to integrate and pacify enemies/friends alike remained the hallmark of his character.

At the heart of his reign were the embracement of art and the patronage he bestowed on his courtiers who came from as far as Persia and various corners of his kingdom to seek his benevolence. His court was rich in diversity. He was renowned for his kind and merciful character. However, anyone who dared to defy him was dealt with firmness and he fought battles to extend the dominions of his empire and solidify his rule.

Akbar’s reign was synonymous with opulence and stability that he brought to Hindustan after turbulent centuries. To legitimise his rule, he married into a Rajput family. This not only ensured their fealty but also his loyalty to him. He appointed Hindus to important posts and despite the vociferous opposition by his close aides, won the trust of minorities in his court and gave them respect and prestige.

At the heart of his reign were the embracement of art and the patronage he bestowed on his courtiers who came from as far as Persia and all corners of his kingdom to seek his benevolence.

He was responsible for changing the Timurid origins of his dynasty which he remained proud of but ensured that the other subjects of his kingdom were not discriminated against. Under him, the jizya tax on non-Muslims was abolished. Despite stiff opposition from the religious clergy, Akbar went ahead and planted the seeds of pluralism and co-existence which were the hallmark of his long and illuminating reign.

The dynamism of his reign can be gauged from the fact that he called for translations of sacred religious texts of Hindus into Persian from Sanskrit to better understand the culture of Hindustan. As the author highlights, he infused his empire with multiculturalism and diversity. Beyond the larger than life figure Akbar has been portrayed in popular folklore. His fondness and closeness with his mother, Hamida Bano and the close bond he shared with Abu’l Fazl have been extensively covered.

Mukhoty says Akbar ensured the inculcation of Indian traditions in painters of his court who received training in it. The artistic and architectural lineage of Akbar has been prominently featured in this biography. This includes the building of Fatehpur Sikri which also served as the capital of the Mughal Empire from 1571 to 1585.

The magnanimity of Akbar’s reign and the artistic patronage of his court reflect upon his persona which the author details using several manuscripts which were commissioned as court histories. Moreover, Mukhoty, unlike other authors, provides the illuminating role played by women in Akbar’s court. Women of the imperial household were not only artists but also avid manuscript collectors.

Weaving a narrative that would engage even the non-academic reader, Mukhoty has successfully captured the spirit and essence of Akbar’s personality, his reign, the diversity, and the intricacies that his court was renowned for. The biggest achievement of The Great Mughal lies in its coverage of various facets of Akbar’s reign, its highs and lows and how the emperor was central to not only laying the foundations of Mughal rule in the subcontinent but also the rich legacy that is still with us.

The writer is a freelance journalist. He tweets @MohammadFarooq_ 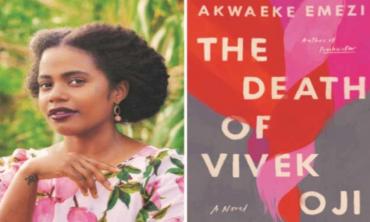