Prometheus, a Greek god, known for ingenuity and resistance, was persecuted by other gods for the same traits. Probably for these reasons, Eric Rahim, in his new book, A Prometheus Vision: The Formation of Karl Marx’s Worldview, calls the Marxist worldview as Prometheus vision.

Marx, because he challenged the status quo of his time, was deported not only by his own country, Germany, but also by France and Belgium every time he tried to settle down there. Finally, he came to live in England and stayed there until his death.

Rahim is a British scholar of Pakistani descent who was at the forefront of progressive politics in the early days of independence in Pakistan. He began his career as a journalist working for Dawn, the newspaper, in Karachi.

He was working for The Pakistan Times in Lahore when the country’s first martial law was imposed. He eventually had to leave for England, where he did a doctorate in economics and started teaching at Strathclyde University in Glasgow, Scotland.

Marx developed his theory through several phases of his life, starting from his “Young Hegelian” days to an in-depth study of political economy, and completion of his theory of Scientific Socialism in 1845-46 in Brussels.

By clarifying the concepts of the centrality of workers in the production process, conflict of interest between workers and capitalists, and the notions of base and the superstructure, the author analyses polemics of historical materialism, more specifically, the primacy of forces of production.

Spread over seven chapters, the volume covers critical perspectives on Marxism, such as the early philosophical influences on Marx, the evolution of his thought process in Paris, the discourse on political economy, and the materialist conception of history in terms of its conceptual framework and polemics of communism.

Hegel’s two theoretical notions influenced Marx: his emphasis on society based not on individual members but their social relations, and the evolution of society through historical stages as a rational process. Later, however, Marx rejected several of his conclusions.

Criticising the classical concept of materialism that the human mind gets inspiration from an external force, Marx’s new interpretation of historical materialism considered humans as independent thinkers in gaining knowledge that became the primary source of developing societies through a rational process of development.

In this theory of historical materialism, two related concepts should be clarified. We base our development using the “original nature” as primary natural resources, and the products we develop as “historical nature.” By producing crops, for example, we are creating historical nature using the sources of original nature. Consequently, the world we live in is created by humankind through a rational process of development.

This evolution went through several stages of modes of production, from tribalism to slavery, feudalism, and capitalism. While going through this evolution, however, humankind is bound to socioeconomic conditions handed over by their preceding generation to them.

Apart from accomplishing the monumental task of contextualising Marxism with the 19th-century developments, the author has also clarified several myths and misconceptions related to the Marxist worldview.

First, Marxism should be considered as a theoretical framework to comprehend reality; it is not reality itself. Marx himself elaborated on this perspective in Contribution to the Critique of Political Economy, and Capital.

Second, capitalism does not always lead to communism. Marx only explained the transition from feudal to capitalist modes of production. Transition to communism takes place when capitalism reaches its maturity. In other words, chances are, highly developed capitalistic societies can evolve into communist societies, but it is not necessary.

Fourth, communism is a theoretical framework for all schools of thought. In the author’s view, Marxism is not just for the committed revolutionaries as several of its components could be useful to diverse ideological worldviews to comprehend the social, economic, and political dynamics of different societies.

Fifth, communism is a global system. Although Marx studied the internal dynamics of societies to explain his philosophy, for him, in addition to the socio-economic dynamics of a society, communism should be considered as an international system as no society can isolate itself from global changes.

This volume offers a reinterpretation of Marxism with two significant contributions. It recounts the evolution of the Marxist worldview within the context of Marx’s life and the sociopolitical dynamics of his age. It follows his intellectual journey during the first 30 years of his life from 1818 to 1849. Additionally, the author clarifies some of the critical myths related to Marxism.

The writer is an academic scholar and freelance journalist in the United States. He writes frequently on South Asian affairs, media, politics, and international communication 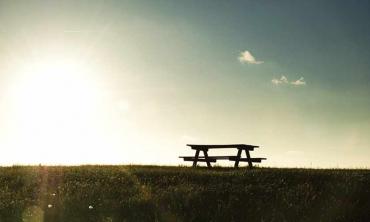 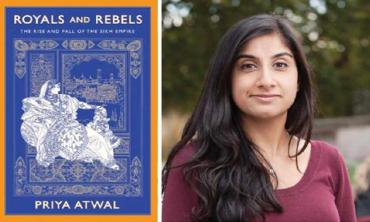