A trip to the deepest point on earth, the Mariana Trench amid unusual circumstances

I have been very fortunate in many ways, having the freedom to travel in life is something that I have always cherished. It has been a privilege to have travelled to the most interesting places in the world. Taking part in one of the most historical expeditions to the Mariana Trench, the deepest point on earth, became one of the finest experiences of my life. This happened at a time when the entire world was at a standstill due to Covid-19.

After viewing the negative results of my coronavirus test, the supervisor at the Heathrow Airport said, “Commander Ansari you are good to go”. It was surreal to hear those words. From showing my Royal Navy ID at the borders to being in my uniform as part of the expedition, I received so much respect and I felt so proud to be a part of the Royal Navy.

For the next seventeen hours in the air. After getting through tough Covid-19 immigration regulations in Holland and Japan, I reached Guam, a small island housing a US military base, tucked away in the middle of the Pacific Ocean.

On arriving at the hotel in Guam, I met six of the other expedition crew members who had all arrived from other parts of Europe. We had to be quarantined in the hotel for a couple of days and a couple of members of the team were tested for Covid-19. The staff at the hotel were all in military uniform. I wanted to know what time we met for dinner or breakfast. But there was no sign of a hospitality counter or a restaurant. I called up the reception, and in a thick American accent, a woman responded, “sorry ma’am, the food will be served to your room”. Ten minutes later there was a hard knock at my door. I was starving because from Holland to Tokyo and then to Guam there was only one hot meal served, besides a goody bag with a random assortment of cakes, chocolates and breakfast bars which was left on our seats in the aircraft. Also, all the shops, restaurants and airline lounges were closed at every airport. When I opened the door to my hotel room, there was no one to be seen, but there was a plastic box on the floor, with a message: “Have a good day”. The moment I opened it, an image of a TV ad for dog food emerged in my mind. I had a feeling I was not going to have a good day.

I messaged my fellow team member, the chief engineer, Derek, who by then had become a friend. He was more furious than me and texted me a picture of the exact same box, that instead had ‘Good wishes’ scrawled upon it. As a French man who clearly was used to the finest cuisines, he was extremely disappointed. All I could eat was an orange, as a pile of mincemeat and pre-fluffed American rice was out of the question. For the next two and a half days the Guantanamo Bay-like hospitality was quite disheartening.

At last, it was time to get to the port of Guam, where the DSSV Pressure Dropship was awaiting. For the rest of my team it was work as usual. Only I was going as an observer/guest. I was the first woman of a South Asian origin to reach the waters above the Challenger Deep and the first Muslim Honorary Commander in the Royal Navy. There was great excitement, the stage was set and the show was about to begin. I was rubbing my eyes to see if I wasn’t dreaming and making sure it was all happening in real life.

On the way to the seaport, which was about a 30-minute drive from the hotel, I was mesmerised by the endless rows of mango trees. I had never seen so many outside India and Pakistan. Then, I saw the ocean, which began to run alongside the car with me. As I stared in awe at the deep turquoise sea that seemed to blur into an endless horizon, I thought, “here I come, take me into your arms”. It was at this moment that I recalled a conversation I had had back home in London with my Navy colleague Commodore David Elford OBE. I had asked him, “How can you keep your fear away once you’re in the deep sea?” He had replied, “Just keep your eyes on the horizon but off the waves. Also, make sure that you take the anti-sickness medicines two hours before the ship’s departure”. Well I took his latter advice but ignored the former and I could not take my eyes off the waves throughout my journey.

When we reached the vessel, I felt like a child again, I was so excited to be on board. On Navy vessels in England, as we get on the gangway, we receive a salute and hear a whistle announcing that a senior officer or a special guest is stepping on board. Instead, as I boarded, there were two men in blue jumpsuits on the gangway, to welcome me onto the ship. My heart began to beat faster with excitement. The young men took my bags and I started following them to my cabin. I was impressed with the ever so well-maintained vessel. It was sparkling clean.

On my first night aboard the ship, I did find the thought I was directly above the deepest part of the ocean intimidating. After getting accustomed to my beautiful cabin, I eventually lay down to sleep. However, I was restless, and wide-awake, so I decided to go to the top deck. From there, I had a clear view of the ocean. For hours I sat there, hypnotised by the mist that rolled off the ocean and the panoramic view of the galaxy. It was silent. The silence calmed me. I closed my eyes and was finally able to take everything in - any fear I had had for the ocean was gone. When I opened my eyes, all I could see was what the ocean had to offer. After this, the Pressure Drop became my home.

I feel so blessed to have met so many incredible people. From scientists to divers to chefs – everyone was so talented and yet so down-to-earth. We enjoyed so many delicious meals together and had so many fascinating conversations. It was great to see the humanity in one of its finest forms.

During this trip, three dives in the Submersible to the deepest part of the ocean, Challenger Deep, were to take place. On the first dive, the energy on board was like that of a festival. Everyone was in the highest of spirits and doing the necessary final checks before the dive. The owner of the vessel, Victor Vescovo was going to be joined in his dive by Dr Kathy Sullivan – known as ‘Most Vertical girl in the World’, as she was the first US woman to make a spacewalk and was about to be the first women to ever reach the deepest part of the ocean.

Along with the team I watched as the submersible disappeared into the vast ocean and began its 11,000 metres descent. After over four hours, Victor announced that the submersible had touched down on the seabed and everyone on board cheered. The whole team on the boat could hear him cearly as he started giving the depth readings through the wireless. The journey took approximately 12 hours.

On the second dive, Vanessa O’Brian, the fastest woman to summit seven mountain peaks, joined Victor on the dive. This was when the Navy flag and the Pakistani flag I had brought from London, were taken down on the trip to the Challenger Deep for the first time.

John Rost, a mountaineer and an entrepreneur was on board for the third dive. He is also the owner of exotic cars, two private jets, and a yacht. All he and I had in common was a sense of humour. John became a very good friend of mine during this journey. Everyone on board was from a different league of people –all accomplished people in different ways.

The highlight of this astonishing expedition was the skilled crew, handpicked from around the world. They were all the furthest thing from ordinary. It was like I was on a ship filled with 007s. And the ‘T’ behind this group of ‘Bonds’, was Victor Vescovo. Once a former, US Navy commander, then a mountaineer and now a pioneer in deep ocean exploration.

I feel so blessed to have met so many incredible people. From scientists to divers to chefs – everyone was so talented and yet so down-to-earth. We enjoyed so many delicious meals together and had so many fascinating conversations. It was great to see the humanity in one of its finest forms. I learnt so much from Dr Kathy Sullivan, who is a great example of remaining humble after having achieved a lot. It was a great experience, not only to learn about the ocean but also about the incredible people I was with. Such people can only be found doing amazing things like scaling the heights of space and the depths of the sea.

Towards the end of the trip, the leader of the expedition, Rob McCullum, said to me, “Durdana why don’t you give some Pakistani recipes to our lovely Austrian chef, Manfred”. At this point, I had already become good friends with the lovely kitchen staff, so, taking Rob’s advice, I decided to join the chefs and help them make one of the last meals on board. Manfred and I raided the cupboards and eventually found some masala, so I decided to make a Hara Masala Chicken and a Chana Daal dish.

That day, my cooking became the talk of the Pressure Drop town, with the headline: The Commander is cooking! Whilst enjoying the meal I had prepared with my now good friends I recalled the meals I was given during my stay in Guam. The meals that were prepared on board the ship over the past 12 days were incomparable. The overall hospitability on the vessel could only be compared to that of a 5-star hotel.

On the last day, when I had to leave the vessel, I felt as if I was leaving my family behind. I even felt sad to be leaving the sea, after I had become so connected to its vastness and overwhelming beauty. Even though most of the earth is composed of water, we still seem to lack understanding of our oceans. So much of the sea remains a mystery. In collaboration with the Natural History Museum, I hope to share my experiences with the outside world and help educate people about the amazing research that has been undertaken in the ocean, as well as what else we have to learn about the deepest depths of the world. Now more than ever, we must educate ourselves on how we can protect our beautiful planet.

– The writer is an Honorary Commander and Instructor on diversity and inclusion, in the Royal British Navy. She is a former charity director, journalist, presenter and producer at the BBC World Service. 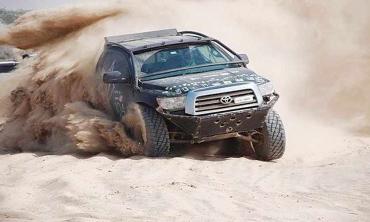 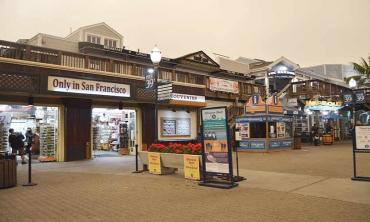 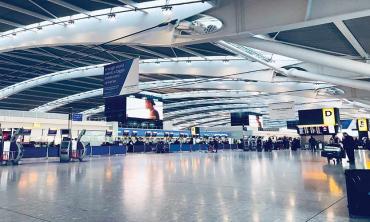