We always owned a car, but never a brand new one. Our 1952 Morris Oxford, station wagon, Traveller, was particularly notorious in the city because of the many incidents and accidents blamed on it. It had a split front screen and wooden back doors with sliding window panels. Children of our neighbourhood had nicknamed it “Road roller”.

For an imperial gallon, it could cover 16 miles, while petrol was available for less than four rupees a gallon. With us four friends on the front seat and another four on the rear seat, it would merrily sail through the then not-so-congested traffic. If it hit some electric pole, people would inspect the pole for any damage and would ask as to how we managed to stop the car where there was no pole or tree.

It was, perhaps, the finest car built by the post-war Britain. It had only one built-in (read manufacturing) ‘fault’ and that too we came to know about much, much later. One fine evening, my father was returning from Model Town when the car refused to move. Its gear was somehow stuck in the reverse. It was acting like a rebellious horse.

My father had to leave the vehicle at his friend’s residence. The following day, my cousin, Babar, and myself reached the ‘spot’ and took the car to the mechanic, Gulla, on Hall Road. But the car refused to budge.

All my elementary knowledge about the machine had failed me. We decided to hire a tonga or rerrha to tow the car. To our dismay, no one was willing to put their animal through that torture, despite our ‘generous’ offers. After all, how could the poor animal pull the vehicle that was stuck in the reverse gear?

My foot constantly pressing the clutch had also proved an unviable option. Under the circumstances, we decided to save the money by driving the car in reverse all the way. We weren’t sure as to which side of the road we could drive it backwards without causing alarm or horror.

All the traffic we met on the way went into disarray. My companion was constantly shouting, asking me to watch out for the likes of bullock carts and camel trains that plied on Ferozepur Road in those days for onward journey to Kasur.

Soon all the roads were cleared for us by the panicked people and all sorts of vehicles opted for alternate cape routes. I, too, sitting in the driving seat, holding the steering, had to position myself in an about-turn or twisted angle. Even the rearview mirror wasn’t of any help. My both feet had to do rock ‘n’ roll while alternating between the clutch and the accelerator and at the same time keeping ready to apply brakes.

No wonder, I developed painful, tickly cramps, while my eyes squinted in opposite angles pointing at the blind spots, and my optic nerves sent high-resolution images in wrong directions.

My right hand was at the steering while with the left one I was holding the back of the seat. It seemed the 1952 model of the car had been specifically designed for that fateful day.

The car had no gear stick on the floor. Instead, it was under the steering wheel, like a tree branch. Thus they were able to provide a full-bench seat to allow as many as four passengers on the front, unlike the separate bucket seats in the later models. I was able to stretch myself on most of the front area leaving Babar to occupy the back seat which had no emergency exit doors either (it had only two doors). If he had contemplated escaping through the two wooden doors at the back, he would have risked being run over by the car moving in reverse.

Honking at delinquent juveniles and shouting at the more stubborn ones was another problem. My friend was sending psychedelic caution signals and at one point even wanted to jump out of the moving car through the sliding glass panels of the side windows, but seeing its speedometer did not dare attempt a spacewalk.

After some more struggle my whole body got accustomed to this reverse mode. I felt as if for the rest of my life I would be able to drive a car only in this position. I could see tongas plying in reverse and floating in the deep blue sky, upside down. I thought of giving ourselves a little rest and stopped at a roadside tea stall. The stall person was really frightened to see a car coming towards him in reverse at a considerable speed. He must have been quite relieved when Babar alighted and took me out of the vehicle through the driver’s seat.

My physiology, muscular composure and anatomy were still in a twisted critical mass. Babar had to struggle to bring me back to somewhat human shape, shaking me with a wrestler’s (or physiotherapist’s?) expertise.

Sitting at the table, I could still see cars moving upside down. The teacups too were upside down, with the contents sticking in, defying Newton’s laws of gravity and motion. Thankfully, I was able to gulp the nectar in one go. However, I was unable to straighten my forearm and reach for my pocket to pay for the tea. Babar had to foot the bill.

I climbed into the station-wagon car, started the engine and put it into the first gear. And voila, it obediently began to move forward, much to the horror of my friend and to the relief of the tea stall owner.

Babar nervously warned me that the car was moving in forward direction, which I did not find a cause for alarm. It seemed that the car, like the modern computers, had some built-in system of correcting specifically this one fault. Maybe the engine had come out of its reverse gear at the very start of our journey and we had needlessly struck horror in the hearts of the onlookers.

We had a hearty laugh at our own absurd adventure. On another occasion, when the same problem occurred, we drove the car in reverse motion for a while and the problem was soon resolved. From then onwards we revelled in the whimsical behaviour of our baby.

When we asked the mechanic to fix the problem, his quoted an estimate that was beyond us. So we found it more affordable to drive the car in reverse every time. We even told my dad to practice this whenever the occasion might arise.

Once, when he was getting out of the Cosmopolitan Club in Lawrence Gardens, after a happy hour, past midnight, the car again got stuck in the reverse gear. But my dad followed our instructions — he began to drive it in reverse, in circles in the parking lot. The guards must have thought he was tipsy.

(This dispatch is dedicated to my cousin, Babar Saeed) 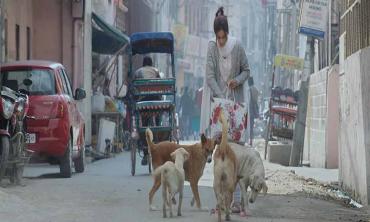 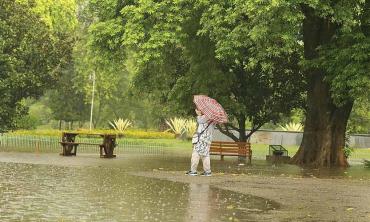 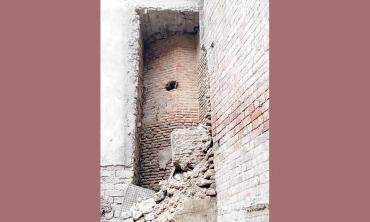