Flying back to Lahore on a repatriation PIA flight

I dated this entry, laid my pen and bucked the mahogany covers of my diary shut. No sooner did I lift my head up than the same rumble and frenzy of Pakistan International Airlines (PIA), which I had been trying to escape with casual writing, leapt forth like a Bengali tiger, drawing me back to the grand Circus Maximus: a delayed Pakistani repatriation flight amid a global pandemic.

There were students, there was staff, there were elders pretending to have heart attacks, there were babies growling like panthers caged for hours, there were Chanel handbags hanging on slender arms that pointed and snapped like pitcher plants, and then there was I with eyes hooked on the clock that aggressively implied a two-hour unannounced, unapologetic, unexplained delay.

A sigh was my only contribution to the waltzing stage of a hundred jampacked.

Well, the thing is that after 50-odd hours and three airports, I expected to have become acclimated to half-glass, half-marbled milieu of air travel during a pandemic. I had jumped at the first chance to leave the sunny San Francisco, with its hammocks rocking between palm trees, to come to Lahore for its, you know, inescapable charm.

Sporting an ajrak mask and soaking my ears in Noor Jehan melodies, I had managed to cruise through desolate airports punctuated by overstuffed terminals. The yearning for the street side chai and the volcanic appetite of the Walled City people, kept me grounded as I looked at the locked, shut and sealed Louis Vuitton stores with anorexic figures advertising a way of life that spoke of grotesque consumerism. Now these stores were as empty as the materialism they stood for.

But Lahore has a whole-another sensibility — one of hope, yet haplessness, because from the skeletal junkies of Patli Gali to the bloated demons chanting at us from TV screens, to everyone Lahore promises belonging alike. It took me a trip from San Francisco’s airport to Houston’s to now Chicago’s to realise that these huge shops and kiosks deserted of their alluring crowds represent nothing but the carnal human desire for stuff and more stuff. Lahore, at least, is pure of such seduction.

My train of thought was suddenly disrupted by a petite, young woman with long black hair snaking down her, almost, corset-tight black blazer. She commanded the microphone like a leash and delivered to us another non-explanation for why the plane was not ready to board, leaving us thirsting for details. At that exact moment, a student in a college sweatshirt roared at the staff, yelling, “Shame on you!” She took off towards the plane mumbling all sort of obscenities, and was followed by the PIA ‘ringmasters’ who performed all sort of acrobatics to calm her down.

The ring/terminal was rife with performers: an elderly woman chastising the younger crowd for not masking up, a handful of staffers instructing passengers in a tightrope line, burqa-clad women juggling three children and a man-child, mustachioed uncles swallowing sword-long sandwiches… What a sight, definitely not six feet apart!

Finally, the doors of the plane opened and all men and woman rushed to board what now seemed like Noah’s ark that would rescue us from a pandemic that was no less horrific than the Biblical flood.

Dodging limbs that plunged forth in all directions like wild animals, I finally reached my seat which, luckily, was the only one with the middle seat empty. I slid on my eye mask, turned my headphones on and tried to escape the mania when all of a sudden I felt someone’s pelvis thrusted onto my cheek. I opened my eyes to the towering figure of a bearded man in a taqiyah, who raged at me that I dared open my mouth to hold him accountable for his actions. The last act of the circus finally ended with the man telling me to shut up.

Traumatised to sleep, I remember not much of the plane ride except being, occasionally, woken up with a temperature gun to my head held by shadows in Hazmat suits. Snoring noses peaked from under masks, a disinfectant was sprayed over everything as if it was holy water. The dimly-lit vessel reminded me of the underground accelerator lab, which I had worked at earlier this year: silent and ominous. I guess everyone was exhausted after their performance in the PIA circus maximus.

I landed at the Islamabad International Airport instead of Lahore airport, because I was a passenger on the limited and sporadic PIA flights operated by the Pakistan embassy to repatriate Pakistanis stranded abroad and this was its only destination. After three months of Fox News in four walls, I was at last greeted with a cotton swab rubbing down my throat as promised. I walked out in a delirium, the kind that overwhelms you when you make a pilgrimage (to Lahore).

Lahore might be prosaic and vulgar to its residents but is transmuted to a status at once magical and also camp for its expatriates. I would take a million such flights to come back to a city so mine.

The writer is a student at Stanford University, currently doing research in experimental plasma physics at SLAC National Accelerator Laboratory. She can be reached at [email protected] 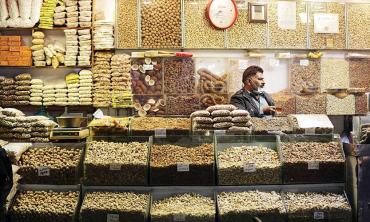 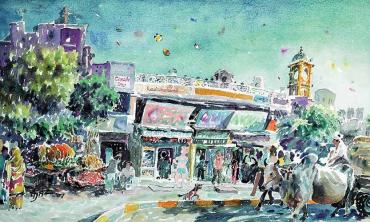 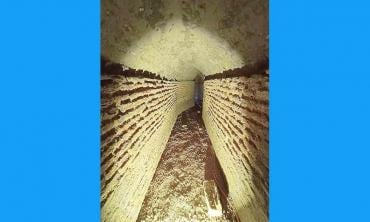