Friends Will Be Friends

Friends Forever is a fully illustrated and authorized episode guide celebrating the hit sitcom, Friends, on its 25th anniversary.

Some TV shows have a short shelf life. They’re good enough to be seen but only once. Others hold nostalgic value and stay in our memory forever. However, not many shows tend to grow with you, like NBC’s Friends did. Though its first episode aired in 1994 and the final one in its tenth and last season (in 2004), the show is magnetic enough to stay embedded in memory of loyal fans even today. Part of its charm is that no matter what age bracket you belong to, if you’ve seen Friends once, you will love it. Demographics don’t apply to Friends. The same can be said for Friends Forever, a fully illustrated and authorized episode guide celebrating the show’s 25th anniversary. It not only introduces you to the hit sitcom but also makes you feel as if you knew nothing about it. Strange, isn’t it?

Yes, this book includes information that wasn’t common knowledge beyond the sets (yes, those apartments were sets). It also gives you a ton of information that every Friends fan would like to know.

How the idea of Friends was conceived and how that theme song was created; what made the sets so vibrant and the casting coup because of how ‘perfect’ the six actors were in the roles they essayed. Each character’s initial description will leave you speechless because what had been written and what we saw in the episodes were not always the same thing. Every episode including the cult favorites are discussed in this book at great detail here. If that’s not tempting, I don’t know what is.

Thanks to the interviews of the show’s creators - Marta Kauffman and David Crane – as well as set designer John Shaffner and the many writers, directors, and people who never appeared in front of the camera, Friends Forever is nothing short of a collector’s item. The book reveals how they managed to cast the actors who went onto become superstars; the actors who were busy elsewhere and were only added after their ‘other’ show was canceled and how the writers managed to create a scenario that seems relatable even after so long.

Before the series aired, director Jim Burrows took the cast to Las Vegas and told them to have fun at the casino, because in his prophetic words: “Your life is going to change. The six of you will never be able to do this again!”

How true his words turned out to be. You will be surprised to find out that when the show’s creators wrote the characters, Joey was not supposed to act as a big brother to the girls but would have been in his How You Doin’ mode all the time? The material featured in this book includes how the character of Ross Gellar was written with David Schwimmer in mind and the only obstacle was to convince him to play that character as he had gone back to the theatre; Jennifer Aniston didn’t like The Rachel look even after the whole world had fallen in love with it. It was Matt LeBlanc who decided to make Joey act like a big brother besides being a little dimwitted to give his character a personality. The failed spin-off Joey is mentioned somewhere as well, but that happened because he was the only one from Friends who didn’t get a happy ending like the others.

The book also tells you why How I Met Your Mother, The Big Bang Theory and even Sex and the City couldn’t shrug off the Friends inspiration tag. The original show was one-of-its-kind, and way ahead of what was being shown on TV. Phoebe’s character was inspired by Ursula Buffay that was also played by Lisa Kudrow in Mad About You but the way Friends introduced six young characters living together in New York made them relatable somehow. That’s what made it popular from its debut season. From “We were on a break!” to “How you doin?”, Friends was full of catchphrases and oddities that are found in every one of us. In fact, many non-regular cast members became so popular such as Tom Selleck’s Richard and Maggie Wheeler’s “Oh My God” nasal-sounding Janice that people have been unable to recall them in any other way.

Although most of the book covers the ten seasons and every season’s 24 episodes in an emphatic manner, it also takes fans back to where it all began, with exclusive images of the cult-classic sitcom.

A true Friends fan will go down memory lane after reading about each episode. Newer fans might switch to Netflix to check out exactly when Bruce Willis, Brad Pitt, Jean Claude Van Damme, Sean Penn and Julia Roberts appear in the sitcom as guest stars. Friends Forever goes on to explain how many of the popular lines were written, what anecdote was added by whom and why Monica’s apartment was so huge and Joey’s wasn’t!

Take this book to your ‘Central Perk’ and find out everything there is to know about the show.

Friends Will Be Friends 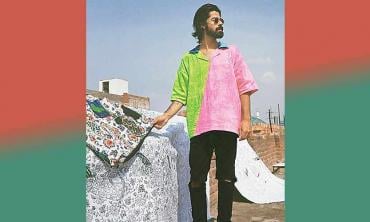 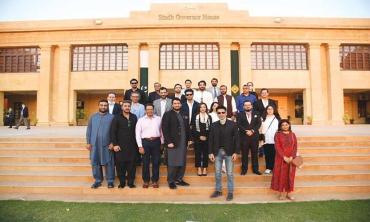 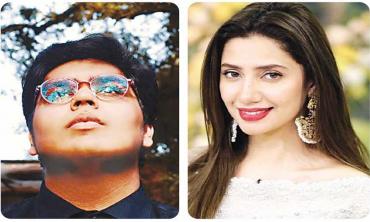