As some two dozen civil servants at the BS-21 level are either “superseded” or “denied promotion”, many in the service press for greater clarity in mechanisms of appraisal

According to official record, prepared by the Establishment Division (ED) and later sent to High Powered Selection Board (HPSB), Mian Jamil Afaqi, a BS-21 officer of Pakistan Audit and Accounts Services (PA&AS), was ineligible for promotion because he had not completed two years of service in BS-21 till the time of the Board Meeting. Afaqi was promoted but several senior civil servants were denied promotion to BS-22 by the HPSB in its 24th meeting held on June 5.

The ignored and superseded civil servants have shown resentment at a time when over 200 government officials are being investigated either by the National Accountability Bureau (NAB), the Federal Investigation Agency (FIA) or the provincial Anti-Corruption Department for alleged corrupt practices and misuse of their positions.

According to official record, six of Afaqi’s colleagues, including Shahid Gul Qureshi, Siddique Tariq Joiya, Ajmal Gondal, Shujauddin Zaka and Tanweer Hamid, either retired weeks before the promotion or were ignored by the HPSB headed by Prime Minister Imran Khan.

“Services of an officer newly-promoted into BS-22 were transferred under Section X to the Secretariat Group; as no BS-22 quota was available, he made a smart move and got his name listed in the PA&AS Group. He got a promotion against the Accounts post and now claims that he belongs to the Secretariat group and should be posted as federal secretary,” says a senior civil servant.

Ghulam Muhammad Memon (PA&AS), who was facing a NAB inquiry in the Employees’ Old Age Benefits Institution (EOBI) corruption case has also been promoted according to the official record. The NAB approved an inquiry against him in the mega-corruption EOBI case on October 10, 2018. The Supreme Court had taken suo motu cognizance of the matter following alleged corruption involving around Rs 40 billion.

In Ejaz Minhas’s case, the 25-years service requirement was not yet met in Pakistan Postal Services (PPS). He managed to get promoted to BS-22 and four of his senior colleagues including Arshid Ali Khan were superseded. Rule 8-A of the Civil Servants (Appointment, Promotion and Transfer) Rules 1973 clearly says that an officer must serve (without any service gap) at least 25 years to get BS-22 after serving two years in BS-21.

A senior diplomat who was superseded for the 12tth time despite having an excellent service record says, “I feel that serving under such a governance system is derogatory and injurious to my widely-acknowledged reputation.”

“I’m directed to inform [you] that minutes of HPSB are categorised as secret and there is no provision in the Civil Servants (Promotion to the Post of Secretary, BS-22 and Equivalent) Rules 2010 regarding communication of reasons for non-promotion to the officers concerned,” says a confidential letter Foreign Office handed over to diplomat Mushtaq Shah, who retired weeks before the last HPSB meeting.

A senior diplomat who despite having an excellent service record was superseded consecutively around 12 times says, “I feel that serving under such a governance system is derogatory, injurious to my widely-acknowledged reputation.”

16 BS-21 officers, including Fazeel Asghar (PAS), Arshid Ali Khan (PPS), Fahimulhaq (IRS), Siddique Tariq Joiya (PA&AS), Tashfin Khan (PAS), Ahmed Aurakzai (PAS), Shahid Qureshi (PA&AS) and Dr Israr (FSP) were superannuated when the HPSB was delayed for three months. Some officers in the Establishment Division (ED) suggest that the move was meant to get a few deserving officers out of the promotion race.

Senior civil servants complain that denial of promotion to upright officers as a punishment has been a practice for quite some time. They cite the case of Haroon Khan Tareen of the IRS as an example. Tareen was not promoted to BS-22 despite a Supreme Court order. They say the apex court had directed the Establishment Division to hold the HPSB again and reconsider all eligible officers (in service on the date the previous HPSB was held) but the ED did not reconvene the particular HPSB to consider his case for promotion. After his retirement from service, they added that the the said officer is in litigation again.

Asked if decisions taken by the HPSB were manifestation of the PM’s desires, Azam Khan, the principal secretary to the PM said that the question should be addressed to the ED. “It is the ED’s mandate as per RoB. Generally speaking, your facts are accurate.”

While responding to a question about corruption inquiry against Ghufran Memon, a PA&AS officer, Dr Munir says, “the pendency of an inquiry is not a bar against promotion, vide NAB letter No.3 (20) Gen-COS-2006 (NAB). The same rule was applied in the recently held Board meeting. The Board in its 24th meeting recommended/promoted 27 officers.” He says the meeting was required to be convened “in March as per approved/circulated schedule.”

The meeting, he says, was not held due to inevitable circumstances i.e. the Covid-19 pandemic situation. He says Ghufran Memon is an officer of PA&AS and posted as Additional Secretary on Deputation under Section 10 of Civil Servant Act, 1973. “He could only be promoted against one of the vacancies in PA&AS. The officer was recommended for promotion against the post apportioned in Federal Secretariat as share of PA&AS”, he says.

Dr Mukhtar Ahmad, another recently-retired Grade-22 officer, however, says that the civil service of Pakistan needs massive reforms in the structure.

“Powerful groups in civil service are either not governed by any rules or make and break the rules in their favour. One prominent example is that federal civil servants are promoted against the quota in Balochistan but are never ready to serve there and get adjusted in the Punjab,” Dr Mukhtar Ahmad says. 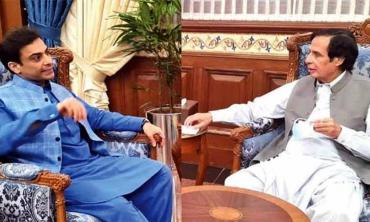 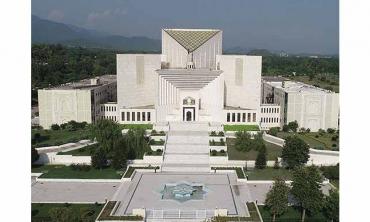 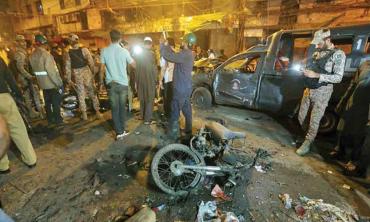