‘Street theatre is the best tool for social awareness’

If you have seen the movie Train to Pakistan, chances are you remember Davinder Daman, who has performed in this and several Hindi, Punjabi, and English films. But acting is not his only identity. Instead, he is better known in India as a scriptwriter, a stage actor and a theatre director.

During his extraordinary career spanning over half a century, Daman has penned almost 50 plays that have been performed in Pakistan, India, the US, Canada and Thailand. These raise social awareness on gender bias, inequalities, and marginalization in agrarian societies. He also runs the Norah Richards Rangmanch theatre group in his hometown of Mohali near Chandigarh.

He has recently published a collection of his plays. The Punjabi Academy in New Delhi has included an English translation of his play Qatra Qatra Zindagi in an anthology of plays it has published.

In the following interview, Daman talks about a wide variety of issues including street and popular theatre, freedom of expression, and theatre’s contribution in raising social consciousness.

The News on Sunday: You were raised in rural Punjab, where stage drama and literature are not a part of life. How did you develop an interest in theatre?

Davinder Daman: As a child, I was thrilled to watch nautankis performed in my village. In those days, bhands and comedians used to perform at weddings, and it was great fun to watch them. Then I started performing as a child artist in the street theatre produced by some progressive groups that visited my village. These activities became a primary source of training that prepared me to participate in school plays, where the visiting Parsi theatre companies also inspired me to be part of the amazing world of theatre.

TNS: How would you differentiate between street theatre and popular theatre?

TNS: Street theatre has had a critical role in India historically. How did the progressive movement utilize this medium to initiate a dialogue with the masses on poverty, workers, farmers, and class issues?

DD: Yes, the street theatre in India began examining political and social issues in 1941. Independence and people’s rights were its major themes. As street theatre participated in the freedom movement against the colonial government of those days, British rulers suppressed these performances in several areas, mainly for its nationalistic content. A play spearheaded by Bhagat Singh was banned at the Lahore National College of Arts. Street theatre was also a significant force behind the 1946 rural uprising in 4,000 villages of Hyderabad, where feudal lords were removed from their land. The farmers also refused to pay taxes in the Punjab in 1957-58 with support from street theatre. Numerous people lost their lives or were arrested during the struggle.

TNS: We hear a lot about curbs on freedom of expressionin the subcontinent these days. Do you think it has reached the world of theatre yet?

DD: Governments do not have to curb the media these days as media houses are controlled by corporate lobbies that do not allow any criticism of the government as part of media discourse. This helps keep alive an illusion of democracy. Historically, however, the theatre has always been a prime target of government restrictions in India before and after independence. My play Suraj ka Qatl (Killing the Sun) was banned in the 1975-76 emergency in India even though it was based on the life of Guru Taigh Bahadur as a historical figure. Another play, Tapish (The Heat), was banned as it exposed the state intelligence agencies. My play on Bhagat Singh also came under attack during the resistance movement in the Indian Punjab when a university in Haryana cancelled it and called the police. The audience, however, kept watching the play in the dark using their cell phones as a source of light after the university cut off electricity supply on the campus. Four different groups have performed the play in Pakistan. One of the performances was at Shadman Chowk in Lahore, the place where Bhagat Singh was hanged.

TNS: You have been a stage performer and a playwright for a long time. Do you think TV has adversely affected the theatre in India?

DD: Theatre has been a part of the Indian tradition for a long time. It survived the film industry first, then TV and now social media. I don’t think other media outlets can replace theatre. In fact, theatre has now become a culturally integrated institution. Festivals are now being organized, and conferences being held on various aspects of stagecraft and theatre. I would say people the new media can mesmerize the people, but its overarching influence is temporary.

TNS: In what sense is Punjabi theatre different from the Hindi theatre? How do you see the future of theatre in India?

DD: The Punjabi theatre is indeed a recent phenomenon as compared to the Hindi theatre in India, which has been active since 1914 when an Irishwoman, Norah Richards, produced the play Suhag written by Ishwar Chander Nanda. As the Punjab has been a target of foreign invasions, theatrical tradition took a long time to take root here. In its absence, the tradition was kept alive by the popular folk comedians known as bhands. Let me say, however, that the quality of Punjabi theatre is no worse than the Hindi theatre. The future of street and pop theatre seems to be very bright in India. At the same time, the plight of the creative lot associated with the stagecraft continues to be deplorable.

The author is an academic scholar, media strategist, and freelance journalist based in the United States 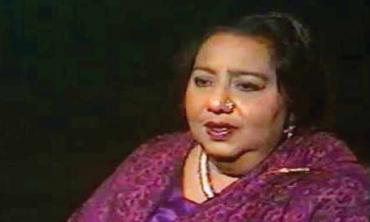 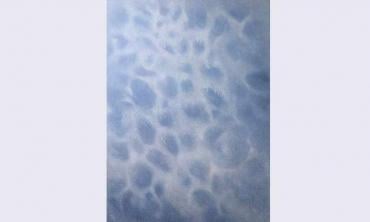 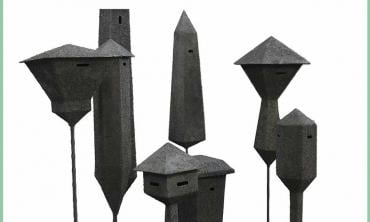