Despite being located in a volatile region, Jordan has held up well and deserves to figure in the itinerary of those who want to experience something out of the ordinary

Location, location, location. We Pakistanis often lay blame for some of our woes on our location and our ‘volatile’ neighbours, mainly Afghanistan and India. But when it comes to being in a tough neighbourhood, some countries have a one-up on us.

Spare a thought for Jordan.

It shares its borders with Israel, Syria, Iraq and Saudi Arabia. It says something when your most stable neighbour is Saudi Arabia.

Despite its being in the heart of ancient Levant - the cradle of civilisation - I hadn’t given much thought to visiting Jordan. The country always seemed to be a step away from a major regional conflagration. That was until I received an invite from my cousin. He was stationed there with the World Food Programme (WFP). Unsurprisingly, the WFP runs its food aid efforts for refugees in war-torn Iraq and Syria from Jordan. The capital Amman is only 200 kilometres from Damascus and 350 km from the border with Iraq.

On a crisp and sunny winter’s morning, I landed at the smart and efficient Queen Alia Airport. It was surprisingly cold. I was told that it can snow in Amman. It is just another large Arab city characterised by concrete overflow and chaotic traffic.

My cousin, a foodie with Lahori genes, immediately exposed me to the local delicacies. The cuisine is influenced by both Syrian and Palestinian food. I had one of the best shawarmas (recommended: Reem) and kunafas in Amman. Rainbow Street is the happening part of the town where cool restaurants and cafes abound.

I rented a car as the real tourist action in Jordan is outside Amman. Though to be fair Amman (known as Philadelphia during Roman times), has a well-preserved amphitheatre and a citadel on a hill overlooking the city. There is a palace from the Omayyad era right next to the citadel. Rest is the standard Middle East.

On this trip, I decided to skip Wadi Rum and the coast of Aqaba. I was already a resident in the Middle East. The desert and the Red Sea had less of a novelty value. Leave it for some other time, I thought.

Jordan is part of a region known as the Holy Land, sacred to the three Abrahamic faiths - Judaism, Christianity and Islam. Earlier, I had associated Israel/Palestine with that experience. But Jordan surprised me. Bethany on the Jordan River is where Jesus (AS) was baptised and is a popular draw for Christian pilgrims. Mount Nebo is where God showed Moses (AS) the ‘Promised Land’. A land which he was to see but never visit as Moses (AS) died soon afterwards. He is said to be buried somewhere in the vicinity and location of his grave forever remains a mystery. Bible (both the Torah and the New Testament) are replete with references to these locations.

Standing at the viewing point on Mount Nebo, the Jordan Valley stretched out before me, on a clear day, one can see all the way to Jerusalem. It was an eerie experience to know that the view before me had been described vividly in the Bible (Deuteronomy 34:1-10) and, moreover, the same view also seen by revered prophets thousands of years ago.

Jordan is part of a region known as the Holy Land, sacred to the three Abrahamic faiths - Judaism, Christianity and Islam. Earlier, I had associated Israel/Palestine with that experience. But Jordan surprised me.

The drive down to the Dead Sea is spectacular. The road dips 400m below sea level - the lowest point on earth - in the Great Rift Valley. It was cold but the trip could not be complete without a Dead Sea swim. Water was cold, dark and, due to excess salinity, smelt of Bromine. I caked myself with the mud which has medicinal properties. I have to admit, my skin felt noticeably softer for days afterwards. And of course, I could not sink in the Dead Sea despite my best efforts. Along the way, we stopped by at Lot’s (AS) cave in a hill overlooking the water.

One of the earliest skirmishes between the Muslims and Roman Byzantines occurred at Mu’tah. It is notable for the martyrdom of three of the most important companions - Hazrat Jafar Tayyar (RA) (brother of Hazrat Ali (RA)), Hazrat Zayd ibn Harithah (RA) (adopted son of the Prophet (PBUH)) and Abdullah ibn Rawahah (RA) (one of the favourite poets of the Prophet (PBUH)). Their tombs have been lovingly restored and the plaques acknowledge the support of the Bohra community in that effort.

Jordan was also in the thick of the Crusades and home to several castles. For me, two stood out due to their stunning hilltop location, Kerak Castle and Shoubak Castle. It is said that Sultan Salahuddin Ayubi (Saladin) besieged the Shoubak Castle for two years before it fell. Surveying barren and mountainous landscape that surrounded them, I could not help but admire the tenacity and bravado of those who attacked and also those who defended.

Post the capitulation of the crusaders, they were occupied by the Ayyubids, Mamluks and lately the Ottomans. Each dynasty left its architectural marks on these historical sites.

Clearly Jordan has more to offer than a perfunctory visit to Petra. Not that Petra was a disappointment. It is the most recognised landmark of Jordan and hence suitably touristy. I spent a night at a Bedouin camp close to Petra. Though bitterly cold, the starry desert night was worth every penny. In the daylight, my guide led me to several crevasses and passes in hills surrounding Petra that have several ancient structures off the beaten path. As I went around Petra, I recalled my trip to Madain Saleh in Saudi Arabia. It is the other jewel of the same Nabatian civilisation. It has been off the tourist trail for decades. Once it is open, it will be a tough competition for Petra.

Driving was easy and traffic very manageable especially if you have been trained in Lahore. During my road trip, I discovered more exciting stuff. Roman ruins at Jerash were impressive and on a large scale. The stunning mosaic floor of the Church of St George in Madaba depicts one of the earliest maps of the Holy Land. To discover Jordan proper, one needed more time which unfortunately I didn’t have.

As far as nation-states go, Jordan is a peculiar case. It never existed independently and was exclusively the creation of two colonial powers, France and the United Kingdom, following their victory over the Ottomans in World War I. In fact, the Jordanian royal family was transplanted from modern-day Saudi Arabia. They were the ruling family of Hejaz, a region which includes sacred cities of Makkah and Madinah.

Gingerly, the world is looking to open up to travel post-Covid. Jordan deserves to figure in the itinerary of those who want to experience something out of the ordinary.

The writer is a finance professional based in Dubai. He tweets at @Travelutionary1

Exploring Jordan: For those who want to experience something out of ordinary 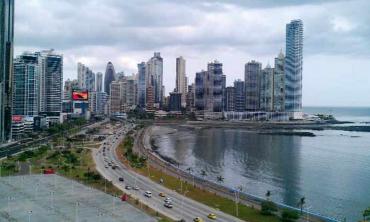