In memory of the late artists who have left behind an unmatched legacy and raised the bar, for those who wish to follow in their footsteps.

The year 2020 has not been kind to anyone, least of all to celebrities, all around the world. And the deaths of those artists who left an indelible mark through their work has been devastating for Pakistan, especially. In just the first six months of this awful year, we have seen the passing of the ‘First Lady of Pakistani cinema’, a talented lyricist, a budding model, a handful of comedians and a playwright. Above all, the death of the person who announced the arrival of television in Pakistan, Tariq Aziz, has left generations shocked and nostalgic.

Here’s to remembering the various artists who elevated the bar through their work and their persona - for fans as well as those who aspire to walk in the paths they created.

Pakistan will always remain indebted to Tariq Aziz for a lot of things. He was the first person to appear on our television screens when TV was launched in the country in 1963; he was the first announcer, newscaster and ‘host’ - as we call it nowadays. He then went on to act in films and TV, usually playing the righteous guy who was wronged for one reason or another.

However, it was the growing success of Neelam Ghar that made him a part of our lives. The show that Tariq Aziz started in 1974 and hosted (continuously) for more than 45 years influenced more than three generations; it is considered the ultimate game show, even now at a time when game shows are part and parcel of our lives. He was a poet, intellectual, and above all, a patriotic man who left everything - in his will - to the country. Just when people like him were needed to steer humanity in the right direction, he left this world, leaving us poorer than we were at the start of the year.

In a sea of playwrights and poets, it was difficult to be just Athar Shah Khan so the famous writer and poet created an alter ego and became Jaidi -one of the earliest television comedians in the country.

Donning an overcoat, the bungling Jaidi could say the most difficult of things in the easiest manner, hitting where it hurt the most. The name of Athar Shah Khan was not just synonymous with comedy but also with quality entertainment, from his work as an actor to a playwright.

He didn’t restrict himself to television. Khan also wrote a handful of films and even directed one of them. He had a huge career with Radio Pakistan; his show Jaidi Kay Sung pioneered the format that is now followed by Khabarnaak and Hasb-e-Haal to name a few. The legacy he left behind includes hit television dramas like Lakhon Mein Teen, Intezar Farmaiye, Ba Adab Ba Mulahiza Hoshiyar, Burger Family, Family 93, Rafta Rafta and Haye Jaidi.

His popular poetic works including Meri Marzi were ahead of the times.

Young and upcoming model, Zara Abid, was one of the passengers on the ill-fated PIA Airbus 8303 that crashed in Karachi on May 22, this year. The tall and dusky supermodel made it to the top of the fashion scene due to hard work and dedication. She was also moving into films with Azeem Sajjad’s Chaudhry. Earlier this year, she won the trophy for Best Female Model at the 4th Hum Style Awards. During her short career, she worked with nearly all top brands in the country. The void left by her sudden demise will not be filled for a long time because dedicated, passionate and humble figures like her are really hard to come by.

Nearly everyone has seen Umar Shareef’s hit stage drama, Bakra Qiston Par and thus are familiar with the character of ‘Mirza’ from the play. The actor Mirza Akhtar Shirani who played that role became so popular around the world - especially to fans of Urdu stage dramas - that no matter what he did, people remembered him as Mirza of Bakra Qiston Par. He was suffering from a respiratory ailment and was having difficulty breathing during his final days, passing away from kidney-related complications last month. He is also known for his work in Budha Ghar Par Hai and other dramas that were written and produced by the comedy king.

The norm in Pakistan is such that lyricists don’t have a following like pop singers, rock stars, and music composers but Shakeel Sohail was an exception to the rule.

The 55-year-old lyricist had a long career in the Pakistani pop scene and later, the film industry where he exclusively worked with those who understood him, including his most frequent collaborators Shiraz Uppal and Azaan Sami Khan to name a few. In fact, every song composed and sung by Shiraz Uppal was written by Shakeel Sohail and everyone knew for a fact that Shiraz - Shakeel were (sort of) one and the same person.

Ever since the film industry went through a revival more than a decade ago, Shakeel Sohail has been there to give it a further push. From songs in Sharmeen Obaid-Chinoy’s 3 Bahadur franchise to Wahajat Rauf’s Karachi Se Lahore, Lahore Se Aagay, Ehteshamuddin’s Superstar and Nadeem Baig’s Punjab Nahi Jaunga, Shakeel Sohail penned a variety of songs that ranked amongst the best in the business.

His countless OSTs including ‘Yeh Dil Mera’ (title) track became highly popular and his untimely death has saddened the fans of local cinema as well as the TV industry.

Veteran TV actor Tariq Malik, best known for his role as Murad in Guest House, also passed away this summer. Although Afzal Khan’s ‘Jan Rambo’ became more popular through the comedy serial, Tariq Malik became a household name for his constant ‘Asking for Tip’ routine. After Guest House, he didn’t do too many TV plays in the Urdu language but was still a force to be reckoned with when it came to regional dramas. The actor contracted coronavirus (Covid-19) a few days prior to his death and died of a cardiac arrest a couple of days later.

Without any doubt, Sabiha Khanum was Pakistan’s very own first female superstar. Unlike Noor Jehan and Swaran Lata, she never acted in India. Instead, she became a part of the fresh industry that emerged three years after the country gained independence. She went on to marry co-star Santosh Kumar and became the unofficial First Lady of Pakistani cinema, representing the country wherever it was needed. Her elegance, beauty and acting prowess gained her fans all over the world.

From the 1950s to the 1990s, she was an active star, first in films and later on television, playing all kinds of roles and winning accolades for her performance(s).

Besides playing the leading lady in many super-hit movies of the ‘50s and ‘60s, she went onto play the traditional mother to nearly every actor of the next generation, including Mohammad Ali (four years older to her), Waheed Murad (three years younger), Nadeem Baig, and Qavi Khan (who were hardly five to six years her junior) and that too when she was in her early ‘30s.

On TV, her dramas Ehsaan and Dasht were quite popular. She sang the national song ‘Jug Jug Jiye’ on PTV long before it was sung by other singers. She wasn’t active on the showbiz circuit since moving abroad in the late ‘90s but her body of work kept her alive for a long time. Her sad death is a great loss to the industry. 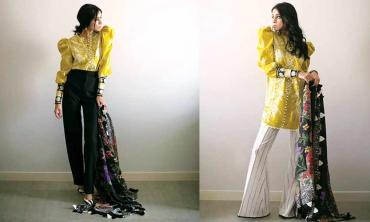 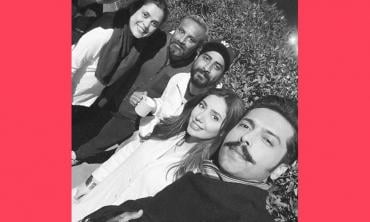 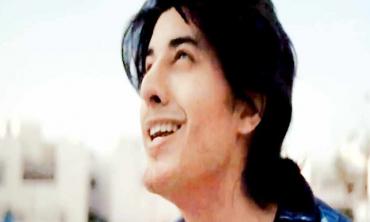