There is no proper writ in the Ministry of IPC and Pakistan Sports Board (PSB). Quite unexpectedly and for the first time ever national federations were released grants just hours before the close of the financial year the other day.

It was good to see the PSB finally doing the right thing - at a time when federations needed its support. But the timing raised many questions and exposed how sports affairs are run in the country at the elite level. It’s totally unacceptable. According to sources, the officials of the federations were called Monday night to collect their cheques as the fiscal year was going to close on Tuesday.

Azam Dar, a senior PSB official, told me the other day that every effort had been made to release grants to federations on merit. He said that those bodies that got the grants said that it was too little and those that did not get were also unhappy.

In Pakistan usually standard is checked on the basis of performances in the South Asian Games as we don’t have world beaters. If South Asian Games is the standard then why were some federations which got silver and bronze given grants and those which got gold were not? For example, in handball Pakistan is the top country in South Asia, having won two gold and one silver in three editions. But it was not given a single penny.

Pakistan Handball Federation (PHF) is the only federation which has organised internationally recognised events in Pakistan without state support. I don’t consider such grants enough for sports development. It’s just peanuts. You cannot do anything noteworthy through such paltry amounts, especially after the huge devaluation of Pakistani currency. Pakistan sports need much more financial assistance than they have got.

The PTI government hasn’t taken any major step to develop sports. I am not saying that the government should meet every one of their needs. Federations also have the responsibility to improve their governance and start generating funds. And some federations are doing a good job. However, some only wait for the grants. Marketing a national and international standard brand is not that difficult. Most federations have solid brands in the shape of some top players but they are unable to make the most of them.

Another thing is that the government has started maltreating boxing which has been the major discipline of Pakistan. Although the sport has been struggling for some years, it deserves support just like hockey which needs to be revived. The only way to revive boxing is by financially supporting it.

The PSB official said that the grants were released on the basis of performance. I agree. But if a discipline struggles, will you not back that? They should be backed more if they had a glorious past. We should understand the situation. We should be selfless in our approach and spend the money entirely for sports promotion.

Now I want to come towards another serious issue. The issue is that the government’s position about hosting the 14th South Asian Games is not clear. The state will have to give guarantee for hosting the SAG. But time is passing quickly. The IPC minister Dr Fehmida Mirza should meet the POA chief Lt Gen Arif Hasan immediately and after finalising the things about the biennial event which Pakistan is going to host in 2021-2022 she should inform media about the situation. Just announcing budget for infrastructure development for the Games is not enough. After the COVID-19 pandemic Pakistan should start their camps immediately. Why? Because if we are going to host the spectacle we will have to prepare a solid lot in a bid to earn maximum medals. We must at least finish second, if India participates with its full contingent.

If the IPC minister hesitates to meet Lt Gen Arif then the time will slip off our hands. Countries like Sri Lanka and Bangladesh are ready to host this event. It’s a very important event as it helps connect, reinforce and strengthen political, financial and cultural ties among the nations of the region.

We should prepare for it strongly. If we are unable to prepare solidly then other nations will object, particularly India. We should be 200 percent ready. And it will be done only if both IPC and POA are on the same page.

I remember officials of India’s sports ministry and its NOC came to Pakistan to build confidence level between the two nations when India was going to host the 12th South Asian Games in Guwahati and Shillong in 2016. 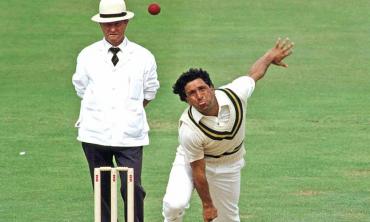 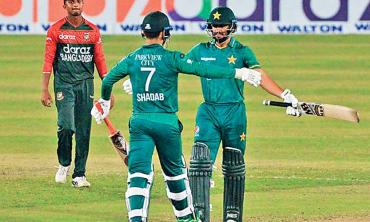 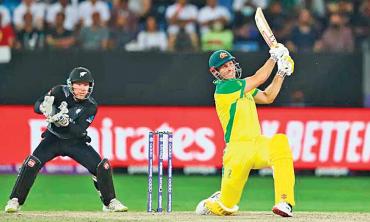 T20 has gone too far in the direction of entertainment