The passage of time

The scary part of growing old these days

When I was young, growing old was an amusing idea — Prufrock’s “I grow old... I grow old… /I shall wear the bottoms of my trousers rolled” — entailing a quaint adjustment. Parting one’s hair behind or daring to eat a peach didn’t seem all that onerous and walking along the beach in white-flannelled trousers seemed actually quite suave to one who had encountered neither.

Prufrock was worried that the mermaids wouldn’t sing to him but given that they had not ever sung to me, I didn’t envisage that as a particularly major loss.

Those were days in the life of the country when one could still have a cosmopolitan education. My father was an MA in English in the 1940s, from Lahore’s Government College, and his library continued to occupy the bookcases and shelves in all the houses we moved in and out of. I particularly remember a slim blue-cover copy of Spenser’s The Faerie Queene that I read through for no particular reason before I had entered the teens.

In those days, before 1947, the most coveted credential was an MA in English, followed, I am told on good authority, by ones in Persian and history — in that order. All those who made it into the prestigious IAS had a degree in one or the other of these subjects.

But things were to change quite rapidly. By the mid-1960s, when I was ready to go to college, we had entered a different world. I distinctly remember a conclave of my father’s classmates from Government College, almost all senior civil servants by then, gathered to deliberate on my desire to study English literature. It must have had to do with their personal experiences but as one they questioned the worth of a degree in literature in the new Pakistan. Only dullards were now pursuing the arts. One needed a skill in one’s hand so that if thrown out for not toeing the line of some illiterate politician or arrogant soldier (this being the era of the Field Marshal, EBDO, and Justice Rustam Kayani, whom they all admired) one could survive on one’s own. They had wisely anticipated the ‘three-nought-three’ of the second soldier and the ‘lateral entry’ of the Quaid-i-Awam aka Napoleon Bonaparte.

Skills in those days meant engineering or medicine — the dreaded IT and business studies had not been invented. And because the school I had attended did not offer biology, I was shunted into engineering. That, however, was not the biggest change of the times. Following on its heels was the encroachment of Islamic studies in the educational curriculum.

By the time the third soldier took charge in the mid-1970s, a much more parochial and pious Pakistan had come into being with civil servants being docked points for dodging Friday prayers.

In this newer Pakistan, even the narrative of growing old became Islamised. Now one learnt that the measure of one’s age was the frequency of quls one was obliged to attend. This, unlike Prufrock’s, was a dreadful prospect for one who hated ritual, in particular the need to go for afsos (condolence) when one really didn’t feel any grief. It seemed unnecessary, hypocritical, and a waste of time. The very thought of having to go to an endless series of quls was enough to wish one to be the first to die.

The latter entailed its own risk and I penned a poem in Urdu to express my apprehensions. Its quality is no better in the English translation (The People are Coming), an outcome I attribute to the mediocre quality of a numbing engineering education at a university that did not think anything else, except, of course, Islamic studies, was worth teaching:

Today, when I am not here

These people are coming

Look at them making their small talk

Some are laughing, some are weeping

Some are eating, some are sleeping

I did not wish them to come

But now I am not here to stop them

And these people keep on coming.

Is it possible I have been heard because, strangely enough, we are now in an even newer time where a Pakistani Prufrock would wonder if he dared go for a qul? Personally, I am quite relieved that no one will come for me but there are actually a few people who merit an afsos. One is prevented from doing so by the ‘smart’ lockdowns that are the source of so much national pride, courtesy of the same people who have recorded the least confused response to the pandemic in the entire world. Never mind that the number of deaths continues to climb higher by the day.

This is the scary part of growing old these days. With all those MAs in English and Persian and history gone and replaced by IT-wallahs and accounting and finance types, smart has become a frightening term. Smart pilots are flying planes without skills and training, and smart apparatchiks are running governments the same way. Who could have known life would end this way when one really grew old.

The writer is the author of  Transgressions: Poems Inspired by Faiz Ahmed Faiz, Delhi 2019; Karachi 2020

The passage of time 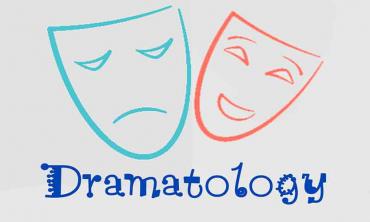 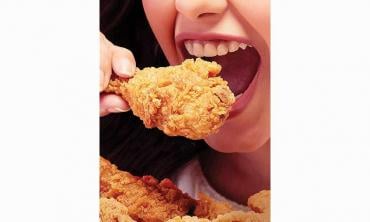 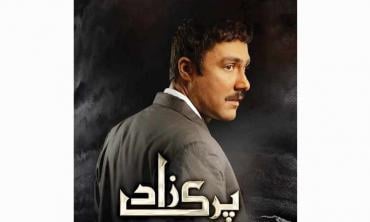 The second introduction of an enslaved man