The lockdown enforced to curb the spread of Covid-19 has affected every aspect of the life and animals are no exceptions. The ban on opening of shrines imposed by the Sindh government has raised fear among the keepers of the Manghopir shrine where over 200 crocodiles live. They worry that amidst a food shortage, the crocodiles’ health could suffer.

The mazar, located in the north of Karachi, is famous for these crocodiles, who are considered holy due to special blessing by Sufi Hazrat Khawaja Hasan known as Manghopir Sakhi Sultan. It is said the Manghopir was a follower of Hazrat Baba Farid Ganj Shakar who had migrated from Iraq by 13th century when Iraq was being attacked by the Mongols. Manghopir is considered to be the patron saint of Karachi’s Makrani and Sheedi communities.

The pir travelled from southern Punjab to Sindh and settled on an outskirt of Karachi which is now known as Manghopir. It was once a fishermen’s village along Arabian Sea. The shrine has a big pond in the vicinity, where over 200 crocodiles have lived for centuries.

Some archaeologists claim that the fossilised remains of crocodiles found in the area are thousands of years old. These reptiles are facing the food challenge due to lockdown and a ban on visitors at the shrine.

“We are facing challenges to feed the crocodiles in this lockdown. Usually visitors bring food, including meat, which is given to crocodiles in front of them,” says Muhammad Sajjad, a caretaker of the shrine.

The ban on visitors at the shrines has disrupted the crocodiles’ food supply, he says.

Sajjad says that these crocodiles can survive without food for months but he worries that the ban has been extended, despite the fact the lockdown has been eased for many sectors. The devotees are the only hope for these crocodiles as what they bring is the main source of food for them, he says.

“We cannot feed them in for long. It’s already been 50 days,” Sajjad tells The News on Sunday. He says they have appealed to the people and the government to supply meat for these crocodiles whom he calls the “pets of the Manghopir”. Sajjad says that the Auqaf Department had, in the beginning provided food for these crocodiles for a brief period.

“Almost 80 days have passed with the ban on visitors. We are running out of food”, he says.

“Some of these crocodiles are 200 years old. There are several generations here in the pond of Manghopir shrine. Zaireen (visitors) are the only hope for these crocodiles who feed them meat. They eat virtually all kinds of food, ranging from meat to sweets”, says Abdul Ghani, a social worker living in Manghopir.

He says that Manghopir has a population of over a hundred thousand people, comprising mostly Balochi-speaking Makranis and Sindhi-speaking Sheedis, among them descendants of African slaves who were brought here by Arabs, Persians, Turks and European invaders.

“Sheedis hold a festival every year at the shrine to honour their African roots. They kick it off by putting colours and flowers on these crocodiles”, he says.

Even on a routine day, the crocodiles get plenty of food.

“At least 200 to 250 devotees and followers of Hazrat Khawaja Hasan used to visit daily. They brought 200 to 250 kilograms meat on daily basis to feed these crocodiles. The Auqaf Department and the Wildlife Department have not been proactive during lockdown”, he adds.

He says the crocodiles’ pond is spread over an area of between 400 and 500 square feet.

“This is not a lot of space for housing 200 crocodiles. The government has failed to protect these crocodiles during this lockdown. Their health could deteriorate quickly”, he adds.

“What challenges or food crises the crocodiles are facing at Manghopir Mazar’s pond is not our headache,” says Jawed Mehar, a Sindh Wildlife Department official. “We cannot take care of or interfere in the issues of shrines or problems of their pets,” he says. It is the duty of Auqaf Department, which also collects donations from the shrines under its control.

“The Wildlife Department only protects the animals and birds in zoos. The crocodiles in Manghopir are the property of the shrine’s management”, says Mehar, adding that these are ‘pet crocodiles’ and interestingly, there have never been reports of these crocodiles attacking people. “The shrine management has to look after these crocodiles,” he says.

Mehar, too says crocodiles can live without food for almost a year. This may be due to their unique metabolism which allows them to store nearly all of the food they consume. Under extreme circumstances, crocodiles have shown their ability to shut down and live off their own tissue for a long period of time.

The fear among the keepers of the shrine of the crocodiles’ declining health is also perhaps tied to the cultural significance that they hold, and post lockdown the closure of shrines that were once bustling with activity and visitors. The future looks uncertain for everyone. 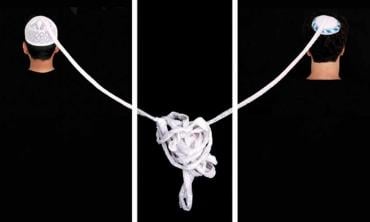