With his amazing record in ODIs, Inzamam-ul-Haq can fit it on any side, any time but since when he started his career and bowled left-arm spin, he automatically becomes part of this list

Last week we discussed Pakistan’s Ambidextrous Test XI that comprised players who could either bat left-handed and bowl with their right arm, or bat right-handed and bowl with their left arm. Since Pakistan has been playing Test Cricket since 1952, a lot of players were considered, selected and discarded for one reason or another. However, this week we will try to select Pakistan’s Ambidextrous Limited Overs (LOIs) XI, which will comprise players who have represented Pakistan in either T20Is or ODIs, and have done well with either the bat, the ball or both. The list might be different from the last one because we have had different kind of players in limited overs internationals, some of whom have done well in coloured clothing but failed in whites. Read on:

Those who could bat left-handed, and bowl slow with their right arm

Slow bowlers and leftie batsmen ... now who fits this criterion, even if he doesn’t fit the selection criteria of Pakistan’s national team. I would go for hard-hitting Sharjeel Khan for he can score quick runs while batting (over 100 strike rate in ODIs and T20Is) with his natural left-hand, and bowl an over or two with the other arm. Imran Farhat also stakes a claim for he had a good ODI record, scoring as many as 1 hundred, 13 fifties and even taking six wickets with his right-arm leg breaks.

Taufeeq Umar comes into the side as the only leftie to keep wickets for Pakistan in LOIs and he edges out the competition that comprises Awais Zia (who failed to score runs despite five chances), Shadab Kabir (who failed to score a single run on his three ODI appearances), Sadiq Mohammad (who was too slow for this format), Salman Butt (who was too sly for any format) and the late Akhtar Sarfraz (who wasn’t lucky enough to cement his place in the national side).

Those who could bat left-handed, and bowl fast or medium with their right arm

The first choice for this category would be the Clown Prince of Swing, Mohammad Asif who was among the best bowlers while he was playing cricket for Pakistan. He would lead the attack of this team as well because had he not gone rogue, he would have shattered records and won Pakistan a lot of matches. The other person who would make to this list is Hussain Talat who has an impressive T20 record for Pakistan. Not only does he have an average of nearly 30 runs per innings, his strike rate is over 100 and he has two scores of over 50 which is not bad at all. In addition to this, he has taken four wickets at an average of 13 runs per wicket in T20Is, and he gets my vote over Sami Aslam, Shan Masood and/or Umar Amin.

Those who could bat right-handed, and bowl slow with their left-arm

With his amazing record in ODIs, Inzamam-ul-Haq can fit it on any side, any time but since when he started his career and bowled left-arm spin, he automatically becomes part of this list. He can even lead the side the way he did during the last four years of his career and impart knowledge about batting, strategy, and winning to the young talented squad. With the experience of Zulfiqar Babar, this team will have a genuine left-arm spinner but also someone who can hit the ball for six, if the match came down to it. His bowling record was much better in T20Is than ODIs but who knows, he might do well under a changed leadership, and as the sole spinner of the side.

Those who could bat right-handed, and bowl fast or medium with their left arm

Compile a list of the best ODI number three batsmen produced by Pakistan and then check which one of those players is ambidextrous. If the name Ijaz Ahmed doesn’t come to mind, then you need to learn a lot about the game. Whenever the master-blaster opened the innings in the 1990s, he made Shahid Afridi look small; in fact most of his innings, where he decimated the opposition, had him score like a maniac on the run.

Three left-arm pacers will join him in this category - Junaid Khan, Mohammad Irfan and Usman Shinwari. Why these three and not Saleem Jaffer (who bowled the luckless final over in the 1987 World Cup semi-final against Australia), Kabir Khan (born in the wrong era), Wahab Riaz (too expensive in both T20Is and ODIs), Rahat Ali (too inconsistent in his short career and a terrible fielder) or even Rumman Raees (needs to improve) is not a mystery. Junaid Khan is a fine bowler who doesn’t get the respect he deserves; Usman Shinwari can develop into a lethal bowler if he is coached by the right people and Mohammad Irfan’s record speaks for himself, despite his laidback attitude towards fitness.

Faheem Ashraf, who registered a hat-trick for Pakistan in T20Is, automatically gets a place in this list. He is a capable batsman who can hit the ball out of the park and a bowler who can deliver the goods, becoming the only genuine all-rounder in the squad. And if he and the rest of the team is coached by the outstanding Wasim Raja who batted left-handed, bowled right-arm leg-break and won over fans with his personality, then this team will be a world-beater in no time. 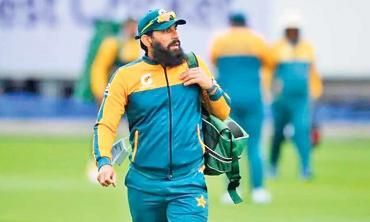 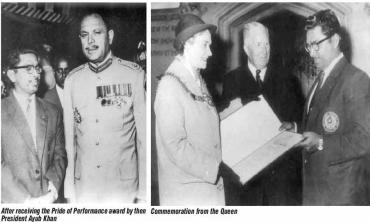 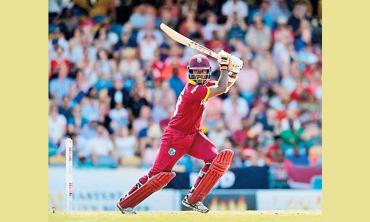