On June 17, President Donald Trump signed into law the new Uyghur Human Rights Policy Act passed unanimously by the Senate and the House of Representatives. Its passage into law drew a furious response from Beijing. The law imposes sanctions on Chinese individuals and companies over alleged mistreatment of Uyghur Muslims in Xinjiang autonomous region.

President Trump says that this was the only option left to him. He is looking to improve his image ahead of elections, hoping to be returned him for a second term in the White House. The legislation has taken the US-China relations to a new low.

Trump’s leadership has been questioned over alleged mishandling of the novel coronavirus epidemic and a series of protests spread over five continents against racism triggered by the killing of African-American George Floyd by a white policeman.

President Trump signed the Uyghur Human Rights Policy Act immediately after former national security adviser John Bolton disclosed that during a meeting in Japan last year he had agreed with Chinese President Xi on the desirability of the construction of re-education camps for Uyghurs and asked him to help ensure his re-election in November.

Trump has called Bolton a ‘liar’ and said his signing the new legislation showed that he was in fact tough on China.

The issue is not merely the violations of human rights of Uyghur Muslims in Xinjians. It also has political and economic goals. A 57-page memorandum prepared for the US National Republican Senatorial Committee pertaining to the November presidential election was earlier leaked to the press.

“America should impose sanctions on China and treat China like the ‘pariah state’ it is,” Brett O’Donnell, a strategic advisor to Secretary of State Mike Pompeo, had suggested.

The Republicans are advised in the note to keep saying: “The coronavirus was accidentally released by a Chinese research facility” and “China fabricated a story about the Wuhan Seafood Market to cover it up.”

The scientists who analysed the genome sequencing of the virus have rejected the lab theory outright.

In addition to the aggressive anti-China rhetoric, Trump’s decision to pull funding from the World Health Organisation accusing it of being too close to Beijing has also set back America’s claim to global leadership. China, on the other hand, has kept its cool in responding to the accusations and focused on its international image-building by sending medical supplies to several countries.

A recent opinion poll taken in Germany by Koerber Foundation showed that out of 1,000 respondents 73 percent voiced negative sentiments for the US and 71 percent said China had been more transparent in its crisis management to slow down the Covid-19 spread.

US-China tensions have deep roots. The virtual trade war initiated by Washington last year and the latest sanctions against certain Chinese individuals and companies look like the beginning of a new Cold War.

The 21st century has seen the incredible economic growth of China after it joined the WTO in 2001. Even more rapid economic progress started when Xi Jinping became the president in 2013. A few months after taking office, President Xi announced the Belt and Road Initiative (BRI).

The BRI, starting in Kashgar and Urumqi, will connect China with Central Asia, the Middle East and Europe. The top priority for Beijing has been the development of Xinjiang infrastructure and handling the issue of terrorism blamed on Uyghur separatists. According to Chinese authorities Eastern Turkistan Islamic Movement (ETIM), also known as Turkistan Islamic Party (TIP), has carried out dozens of terrorist attacks in Kashgar, Urumqi and other parts of Xinjiang province after establishing a base in Afghanistan.

After the emergence of Abu Bakar al-Baghdadi’s Islamic State, then ETIM leader Abdullah Mansour went to Syria to fight Bashar al-Assad regime in Damascus. Currently, the ETIM has its headquarters in Idlib, Syria. Some of its members are in Badakhshan province of Afghanistan.

President Xi’s vision for the 22 million people of Xinjiang is to make it a commercial. China says it has established “re-education centres” for the Uyghur Muslims to enhance their skills and enable them to contribute to the country’s economy.

The writer is senior journalist based in Islamabad 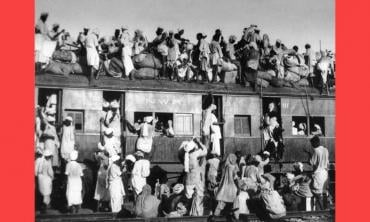 How Pakistan was set up to fail