The recent death of author and academic Dr Asif Aslam Farrukhi was a huge blow - not so much a personal loss as a terrible national loss. The reason I say this is that he was part of the wider effort to get people in Pakistan reading and thinking, discussing ideas and trying to understand other viewpoints.

This is a hugely important effort. Pakistan is a wounded nation, still reeling from the scars and ravages of conflicts - both national and international. The attempt to steer people away from obscurantism, ignorance, prejudice and hatred, and towards intellectual understanding and reason, is an attempt to create harmony and communication. But it seems that such efforts are doomed.

That was my first thought when I heard that a decision had been taken to not renew Dr Pervez Hoodbhoy’s contract at FC College University. Dr Hoodbhoy is, of course, a nuclear physicist and professor who taught at the Massachussetts Institute of Technology (MIT) and Quaid e Azam University (QAU) and for a time at the Lahore University of Management Sciences (LUMS). He is also an activist for freedom of speech, scientific education and secularism and an outspoken advocate for rational thought. The latter is of course almost a crime in Pakistan.

In this day and age, where science and mathematics are disciplines crippled by a lack of good teachers, Pakistani universities were fortunate to have Dr Hoodbhoy on their faculty. In the case of FCCU he was with the university for the past seven years (after a controversial decision by LUMS to end his contract there). FCCU has now decided apparently that his contract would not be renewed. I do not know the details of this decision - there could be many reasons for it - but the problem is that in the existing environment of intellectual oppression and the silencing of rational and independent voices, one suspects that ‘the powers that be’ may have had something to do with the matter.

This impression was reinforced by a report a few days later that Professor Ammar Jan’s contract was also not being renewed by FCCU and that he too would no longer be teaching at the university. This could be a mere coincidence, of course. A truly remarkable coincidence is that Dr Jan, too, is an activist and an outspoken advocate for workers’ rights, students’ rights, minority rights, human rights and so on. He is a historian with a PhD from Cambridge. Two years ago, he was ‘let go’ by Punjab University after a large human rights rally was held in Lahore. Apparently, the professor was considered a ‘security threat’. It is unclear exactly whose security was threatened by the historian’s efforts to mobilise and empower students and workers and promote better communication between various ethnic groups on campus. He had joined FCCU as an assistant professor. This was downgraded to a contract as a visiting lecturer, which has now been terminated

In yet another coincidence, in Karachi, Habib University chose not to renew the contract of one of their visiting faculty: the well-known author Mohammed Hanif. After news of this was linked to the cases of Drs Hoodbhoy and Jan on social media, Habib University quickly clarified that they had not acted under any sort of pressure and that Mohammed Hanif’s contract had simply come to an end and was not renewed because, following the sudden death of Professor Aslam Farrukhi who’d led the literature programme, the university was in the process of re-organising the programme.

So, it seems that all of us who are upset by the fact that Pakistani universities have lost intellectually strong and eminently well qualified individuals are overreacting. It seems that it’s just that time of year – non-renewal of contracts season. This is, of course, perfectly plausible — except for the coincidences, what are we to do about the coincidences?

The timing is not the only coincidence: all three of these professors have been critical of particular forces and supportive of various causes. Each argues their case rationally and analytically rather than emotively. Each was teaching their students to reflect and reassess – in other words to think critically and rationally.

Anyway, people should definitely not overreact and declare that these three individuals were all let go under pressure from ‘the powers that be’. No, no, no. It’s just a coincidence that they have all been removed from the landscape of higher education in the country. People should also not overreact to the fact the Punjab government is amending the law so that universities could soon be run by retired judges and bureaucrats rather than career academics (presumably retired individuals from other services will also be candidates for such ‘managerial’ posts). Associations of academic staff have reacted very angrily to the amendments which include funding cuts and the suggestion that government institutions should do their own fundraising.

But why are academic staff panicking? Why do so many people fear that these developments are all part of an assault on universities? Why are so many people worried that this is part of a process to take control of campuses by reinforcing rightwing groups? Surely, everybody is just overreacting? And the people who say this is reminiscent of the Zia era, when religiously aligned student groups unleashed terror across university campuses, are also overreacting. Those people are probably just getting agitated because they can recall incidents like when a college principal in Lahore was thrown out of his window by students aligned to a militant campus group, or when students were killed or blinded in clashes with this armed group.

It is clear that people are overreacting: there is no conspiracy by oppressive forces to reclaim the campuses and stop the dangerous trend of thinking and of students demanding their rights and calling for justice. There is no conspiracy, this is all just a coincidence. 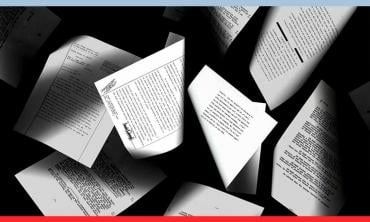