Locked down and vulnerable

Statistics released by Punjab Safe City Authority (PSCA) and Punjab Unified Communication and Response (PUCAR-15) show a tremendous rise in domestic violence during Covid-19 lockdown. The statistics are based on the calls received on two emergency helplines; PUCAR-15 emergency line has the data of the whole province except Lahore, and PSCA-15 helpline has collected separate data of Lahore.

The statistics show that 13,478 calls reporting domestic violence were received on 15 helplines from Lahore only between January and May 2020. 2,096 calls were received in January, 2,360 in February, and 2,853 in March. The helpline received 3,079 calls in April and 3,090 calls in May. The statistics clearly indicate an alarming surge in domestic violence cases during the Covid-19 pandemic.

PUCAR-15 statistics show a 25 percent rise in domestic violence reports during lockdown across the province. 2,581 cases of domestic violence were reported in the month before lockdown (February 22 to March 22). After the lockdown was imposed the number of reported cases rose to 3,217 (between March 23 and April 23). There was a 10 percent decrease in complaints during the partial lockdown (from April 24 to May 23) with 2,889 cases.

Former Punjab Commission on the Status of Women (CPCSW) chairperson Fauzia Viqar considers these statistics fairly high. She tells TNS, “Men are at home during pandemic and it would be very challenging for women to report and seek any relief. According to my experience, women used to report such cases usually at night or when men were away from home. Now, most of the private and public services are disrupted, therefore, it is really hard to know the accurate statistics and magnitude of the specific nature of these crimes.”

In addition, women with various types of physical disabilities would be facing more challenging situation if they want to seek any relief against domestic violence, she adds.

The Ministry of Human Rights has issued a Covid-19 alert that provides a helpline, 1099, and a WhatsApp number, 0333 908 5709, to report cases of domestic violence during lockdown. Nevertheless, the Toll-Free Helpline, functional from 10am to 10pm, is receiving a smaller number of domestic violence-related calls from across country. The statistics indicate that the number of calls to report domestic violence has dropped from nearly 3 calls a day to 1.

Rozan, a women’s rights organisation, has reported that state-operated women shelters (Dar ul Amaan) in the Punjab are not prepared to take up new residents. This is due to their lack of financial, infrastructural and technical capacity to deal with victims. Some of the shelter homes have been converted into quarantine centres due to which domestic violence cases cannot be entertained. The head office of Punjab Commission on the Status of Women (PCSW) is also closed for public due to lockdown but their Helpline 1043 is functional. A UNODC (United Nations Office on Drug and Crime) report says that the pandemic has amplified existing barriers to access help in abusive relationships.

It is crucial to focus on better services for women facing domestic violence says Viqar. “Based on my experience, when services are more gender-sensitive and readily available, the call reporting ratio rises considerably”, she states.

Violence against women has been consistently on the rise in Pakistan. According to a survey conducted in 2018 by Thomson Reuters Foundation, Pakistan was ranked as the sixth most dangerous country for women after coming third in the 2011 poll. Pakistan was named as the fourth worst nation when it came to discrimination in the workplace, access to economic resources such as land, and risks to their safety owing to cultural, religious and traditional practices including so-called “honour” killings. Pakistan ranked fifth when it came to non-sexual violence including domestic abuse.

The World Bank data shows almost one in three married Pakistani women report facing physical violence from their husbands. Informal estimates are much higher. In the 2019 Women, Peace and Security Index, Pakistan ranked 164 out of 167 countries, only above Syria, Afghanistan and Yemen, and worst among nine South Asian countries on access to mobile phones, financial inclusion, and discriminatory norms for women.

She adds, “Pakistan is an exceptionally patriarchal society and aggressive behaviour against women at home is an endemic social issue. Such abusive behaviour at home is often viewed as a private family issue and no suitable intervention and relief is provided. Unfortunately, social and cultural values of our society are also major sources of domestic violence against women.”

This is unacceptable, says Mughal, as the effects of violence are often long-lived. The risk of violence for women and their children during the Covid-19 crisis must not be ignored.

Since the 18th Amendment to the constitution of 1973 that has empowered provinces, the Punjab, Sindh and Balochistan have introduced laws to empower women and ensure gender equality. Sindh enacted its Domestic Violence (Prevention and Protection) Act in 2013. Balochistan passed a similar law in 2014.

Unfortunately, there is no law in Khyber Pakhtunkhwa at the moment to protect survivors of domestic abuse “due to push back from religious authorities” says the UNODC report 2020.

Sangat Development Foundation (SDF) project coordinator Asma Aamir says that it has taken a long time to introduce certain laws for the protection of women. She says the laws are not result oriented in terms of ensuring women’s safety. “There are many forms of violence against women, which have potential health consequences for women and their children. Still many cases unfortunately go unreported, and many of the reported cases go unprosecuted”, she says.

“Violence against women is a grave violation of women’s human rights, no matter when, where, or how it takes place”, she says, “Our state faces serious challenges to tackle such acts of violence because of lack of coordination among stakeholders and public departments. There are few campaigns to create awareness and challenge societal barriers. Accurate statistics are really hard to collect. Also, public departments have limited resources and capacity to tackle violence issues.”

It is important to observe that the Policy Brief: Gendered Impact and Implications of Covid-19 in Pakistan, issued by the Ministry of Human Rights states that: “with already very low indicators of socio-economic development, an epidemic is likely to further compound pre-existing gender inequalities.”

The author is a staff member. He can be reached at warraichshehryar@gmail.com 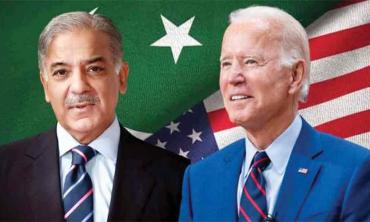 Has Pakistan been a client state? 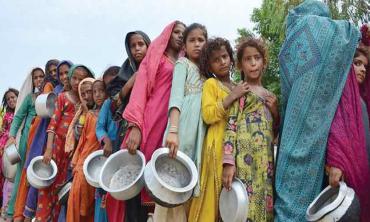 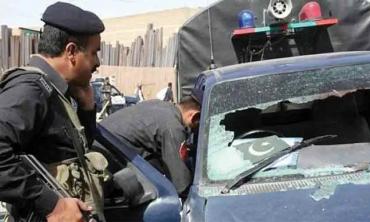