Dreaming of a new order

We cannot get a new economy without a new politics

How amazing that governments all over the world that could not find any money for public health or education have now, all of a sudden, discovered they can conjure up over ten percent of GDP to revive the economy after the Covid-19 pandemic. What this means is that we don’t have to worry where the money will come from. Governments have signalled they have it and presumably, they have figured out how they will pay for it – by monetising the debt or growing out of it or inflating it away.

What this does mean is that we can move on to thinking about the economy that is to be revived with all this money. Are we aiming to restore the wretched economy that was damaged by the pandemic? Was that economy really all that great? Weren't we fighting against its inequities all these years? Isn't this the economy that has gotten us into this crisis by devastating the natural habitat? Isn’t this the economy that was hurtling us towards a global climate catastrophe whose previews we have seen with torrential rains, out-of-control fires, and unbearable heat? Have we suddenly fallen in love with the same economy and cannot think beyond wishing to restore it?

Paul Krugman has hit the nail on the head: The economy is not an end in itself. It is a means to improving the living conditions of all the people who labour to make it work. It is in that perspective that we should be thinking. Every incapacitating tragedy also provides a pivot that can reorient the future born out of the ashes of the past. So our task is to think of the kind of economy we want and what we have to do to get it. We should dream big. We will not get everything we want but we can set a direction in which to go and chart a vision to move towards.

We can begin to articulate this vision by reimagining the scene of the millions of migrant workers trudging out of the cities they had built to the villages where they had to leave their parents and spouses and children behind while they slaved away as fodder in the economic system that has collapsed. We have to ponder over the millions of people who didn’t have a home to stay in when the stay-at-home orders were passed, the millions who didn’t have access to clean water when the advice to wash hands frequently was given. Who among us is going to say this is the natural order of things; this is how things should be again?

Think back to Iqbal who said: jis khayt se dehqaaN ko meyassir nahiN rozi / us khayt ke har khosha-e-gandum ko jala do (burn to the ground every sheaf of the field that cannot feed its tillers). We all love Iqbal, don’t we? So how can an economic system that treats its newly-discovered “essential workers”, in the words of one returning migrant, as “vermin” be considered acceptable in the new economy. The new economy has to put a floor below every one of these workers, provide them a livelihood where they can afford to keep their families together. Does this mean creating jobs in small cities closer to rural areas? Perhaps, but that is a matter of detail.

We need to get money into the hands of these workers so that they can kick-start the new economy by effectively demanding what they value instead of being given what some Mughal potentate thinks they need. Again, whether this purchasing power would come from some initial income transfer or some version of a universal basic income is a matter of detail that can be thrashed out at the appropriate time. But clearly the new economy would have no place for turning the entire country into a housing society where plots are allotted and flipped over and then ring roads are constructed to transport the fortunate beneficiaries back into the cities. There would be no place for signal-free corridors which these denizens of low-density enclaves would speed through while the pedestrians and bike riders who built them have to risk their lives to cross from one side to the other.

I am waiting to be asked how all this is going to be paid for. But, in my turn, I will ask if we want to have an economy in which a dozen individuals in a country own more wealth than the entire bottom half of the population? Mahmood and Ayaz should prepare to stand in the same line, and not just in the mosque. I propose a very generous ratio of 50 to 1 between the lowest and highest monthly take-home incomes – everything above that should be taxed away entirely. Raise the floor and the ceiling will rise. I am sure our patriotic public organisations will also readily make their contribution to the achievement of a Riasat-e-Madina by tightening their belts and downsizing. The beneficiaries know full well how much sacrifice the people have made for them over 70 years and now is the right time for them to pay back. There is no longer a place for white elephants, bottomless pits, and honeypots. The demobilised workers should be employed in a public works force to repair and renovate all rural infrastructure that badly needs revitalising.

The people dreaming of a new order know, despite whatever they may be told, that the economy doesn’t exist independently of society and its politics. It was over a half century ago when Karl Polanyi told us that the economy is embedded in society. So, we cannot get a new economy without a new politics. It has never before happened in history. Therefore, people have to struggle for a new politics as well. I have two suggestions, one more radical than the other. The less radical one would require all elected representatives to live in the lowest income localities in their city, send their children to area public schools, and seek health care in local facilities. The improvement in standards would be so rapid it would shock the world.

The more radical suggestion is prompted by the reality that our robber barons would never willingly cease their control of politics and economics. The way around would be to demand a system in which governance is turned over to a group of citizens chosen at random for a fixed tenure. Nothing could be worse than the lots that have lorded over us. This is not as outlandish as it seems; this mode of governance, sortition, has a long history. Even today the American system of justice relies on juries chosen at random and it has not suffered on that account.

So, let us articulate the world we want to live in. Let us dream big and let the struggle begin. We will know when the budget is announced whether it will be business as usual or a step in the direction of a New Pakistan. Watch where the money is headed – to the fat cats or the wretched of the earth.

The writer is a former dean of the School of Humanities and Social Sciences at LUMS. He is the author of Transgressions: Poems Inspired by Faiz Ahmed Faiz.

Dreaming of a new order: Pakistan cannot get a new economy without new politics 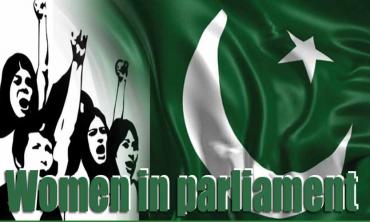 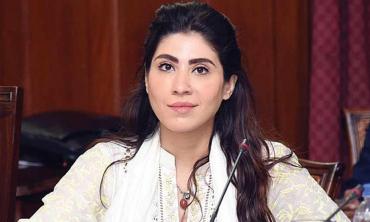 “Women must get more important ministries” 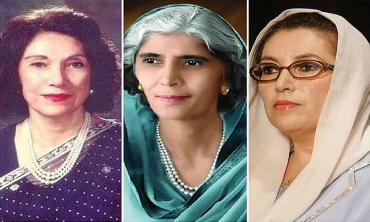