Vladimir Birk, a character in Aleksandar Hemon’ novel, The Lazarus Project, describes himself as “a reasonably loyal citizen of a couple of countries”. Artists, too, can simultaneously belong to more time zones than one, if not countries. They may reside in one region, but become visible at a distant location — by transporting their visual works and even their virtual self.

The group show, curated by Zehra Jumabhoy, includes Ali Kazim, Faiza Butt and Salman Toor. On the opening day, there was a Zoom panel discussion between the artists and curator and director of Canvas Gallery, Sameera Raja — thus, connecting artists from three time zones (Lahore, London, New York) to viewers in the gallery, and those safely located in their homes or workplaces around the world.

Humans cannot be confined to their immediate reality. You can leave your surroundings, gender, belief, ethnicity, and history behind, irrespective of whether you are a creative person or not. All of us, at some point in our lives, have enjoyed day-dreaming, and have fantasised about the future as well as the past.

Societies dream too. Plans, strategies, sermons, marketing all are means to introduce a substitute reality; a promised land. Some people find it in emigration, some discover it in faith; still others are converted by commodities.

In the works of three artists, picked by Dr Jumabhoy, a leading academic and writer on contemporary art, one reads multiple messages regarding the human body, its metamorphosis and other factors.

Each artist has rendered male and female figures, but their forms reveal more than mere muscles, features and expressions. These denote the state of being, which cannot be detached from one’s surroundings both physical and psychological (in most cases both merge with one another).

The effect of religion on individuals is nothing new. The world has witnessed this transformative power of faith, especially in the period around 9/11. More noticeable is how religion alters one’s looks.

Ali Kazim attempts to capture this change in his portraits executed with immaculate skill and control. To him “it is fascinating how beliefs change one’s appearance”.

Portraits of men and a young female from his series Man of Faith and Woman of Faith denote characters, who appear as if in a trance. Against light or bright spread of singular colour, these dark faces in profile suggest something eternal — as if stone statues have surrendered their variety, vividness, and volume of paints with the passage of time.

The artist’s choice of profiles adds another layer, somehow turning these types into archetypes; reminders of Indian miniature paintings in which profiles were generally preferred due to their identity.

In Kazim’s imagery, “beliefs shape our identity”. In that sense, his work is not about identity or options of one person, but of a society that forces ideas and ideologies upon individuals: from a podium, through upbringing, and using media.

Media’s power and programme is illustrated in works by Faiza Butt. Living in the UK, Butt is conscious of the role of media in colouring certain figures in desired and designated hues; especially in creating fear about Muslim men sporting beards and wearing Pathan dresses.

Hence, this has created the current perception of Taliban and jihadis in Western population. Butt punctures this conditioning by portraying Pashtun males holding their rifles or without them, in groups or alone, surrounded by a patchwork of candies, ice-creams, cakes, hair dryers, water bottles, footwear, medicines, cigarette packs, toy swords, fruits, leaves, and occasionally parts of the human skull along with seashells and flowers.

Her “ornately rendered drawings” indicate an unavoidable experience. Media projects the notion of fundamentalists in the same tone that it sells commercial products. The fabrication of Muslim males in traditional Pathan gear could be a misleading ‘product’, projected for some (political, commercial) gain.

Butt takes a step further. In two of her works (The Epoch 2018, and In Memory of Arcadia 2020) the figures are not of Afghan origin, but what we describe as Western white males. It’s either a child in a woollen cap or two men normally facing each other. The irony is that in appearance both the ‘orthodox’, ‘backward’, ‘militant’ Afghan and the civilized European are not much different in terms of complexion, eye colour or shade of hair.

She draws “from mass media images of masculinity (e.g. in sports photography, cinema and politics)” which “to subvert the history of the male gaze with reference to the female nude” can also be about the gaze of West towards East. Or the angst of a xenophobic community on encountering the ‘other’.

The other side of life is introduced in the art of Salman Toor, who has been focusing on interior space to depict the interiority of self. His paintings are so remarkably executed that even in brush marks you glimpse a desire found in his humans.

Borrowing from Arthur C Danto on Eric Fischl, one can say about Toor “that he means us to see ourselves reflected and, through recognizing our defects and shortcomings, to begin to change our lives”.

Whether you are in your drawing room in Gulberg, Lahore; Clifton, Karachi; or your loft in Manhattan, you are dislocated. Toor, in his words, is dealing with “a kind of dialogue between the comfort of safe spaces and the self-reflective encounter of immigration, between confinement and confrontation, and freedom and repose.”

Today, the condition of being an immigrant is not the same as that prior to Covid-19. Now everyone who is securely situated at his/her place is akin to somebody shipwrecked on an unseen, unreachable island. TV screen, or cell phones — our windows to outside world — receive pictures of another world, another reality; may be another couple, strangely identical to the man and woman busy with their food in the sanctity of their living room.

Toor, an artist of great merit, has delineated this fluid situation of the present — in which everyone is displaced, no matter what time zone he/she is following, or intending to breach.

The exhibition will continue at Grosvenor Gallery London till June 26, 2020 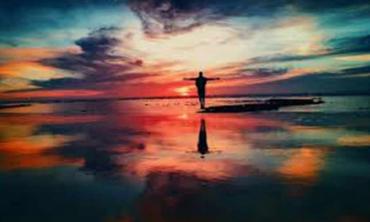 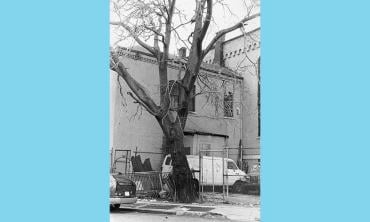 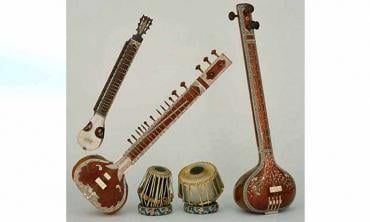