Just when we thought that consumer anxiety would be settled this Eid which comes right amid a pandemic, the Lahoris prove us wrong. Is the recent easing of lockdown to blame for it?

This is about a marketplace that could be called the common shopper’s Taksim Square — or, Connaught Place, if you like. Here, you found a wide variety of clothing brands, mostly of affordable, local variety; an array of big and small stores that sold everything from shoes to books; and also juice and food corners, not to mention the myriad florists and paan stalls which lined the road separating the main Liberty Market from adjoining shops. And who can forget Khussa Mahal, and even the dyers! Every year, around Eidul Fitr, the place would traditionally turn busier, and livelier, as happy crowds of people showed up in large numbers. Everyone’s favourite Eid buys were new clothes, shoes, and (for the girls) bangles and other accessories.

However, just when you thought that consumer anxiety had settled this time around, because Eid happens to fall right amid a pandemic, the Lahoris prove us wrong. And how. A recent visit to Liberty showed that the place continues to be a hotspot of Eid buying, lockdown or no lockdown. It was flooded with shoppers — most prominently, eager ladies who seemed to paw at every jewellery piece on display and lawn design that caught their eyes.

The girls swarmed stalls of bangles available in every colour imaginable. The nonstop chatter, which was punctuated by giggles, often mixed with the noise of women haggling with the shopkeepers/salesmen over the prices of traditional dresses which are however extravagantly overpriced. A great deal of effort was invested in ensuring that the shade of the print matched that of the bangles freshly picked.

It was daytime, yet hordes of people were spotted walking through the narrow alleyways in an attempt to avoid direct sunlight. The shops overflowed with customers climbing on top of each other at the cash counters.

Outside, stalls were being set up especially for henna. A significant amount of time would be invested in selecting the latest henna designs to be applied on the palms of your hands.

The fact that the shops close at 5 in the afternoon instead of discouraging the shoppers seems to have motivated them to step out of their homes on a hot, late-May morning, even as they are keeping fast.

Surprisingly, despite it being a Ramazan morning, some food kiosks and juice shops were also open. The tempting smell of freshly prepared potato chips and samosas wafting over the pathway of this bustling U-shaped market, was un-missable. Shoppers were seen stopping by for a glass of fruit juice or milk shake, while the shopkeepers hollered their best prices, and the unyielding lot of beggars refused to budge. Even so, everyone looked excited and chirpy.

The year 2020 has brought with it a global crisis — Covid-19. The disease, which has been declared a pandemic by the World Health Organisation (WHO), has taken hundreds of thousands of lives across the world and shut down most businesses, educational institutions, and brought all sorts of socialising to an abrupt halt.

Outdoor activities took the biggest hit. Though, the governments of varous countries are now gradually easing the lockdown and allowing businesses to reopen, albeit with caution and by adhering to stringent SOPs, it is unlikely that the kind of disregard for social distancing and safety protocols that was witnessed at, for instance, Liberty Market, Lahore, would not be taken serious notice of anywhere else in the world.

Oblivious to the world fighting a war against the deadliest of human enemies, the shoppers gallanted about the market. You would occasionally see a lady with a facemask that covered her mouth but left her nose exposed; or a man with his mask pushed down to cover a part of his beard while exposing his nose and mouth.

The fact that the shops close at 5 in the afternoon instead of discouraging the shoppers seems to have motivated them to step out of their homes on a hot, late-May morning, even as they are keeping fast. It cannot be argued that they are unaware of the global situation, but for sure they do not seem to care as much as they need to.

When questioned, a policeman who was present at the market said that there was no point in using force. “The nonchalant attitude of the shoppers makes it difficult for us to enforce the SOPs. The easing of the lockdown seems to have encouraged [the shoppers].”

Not everyone is being irresponsible. There are those who are religiously following strict hygiene and social distancing guidelines. Some of them haven’t stepped out of their houses even for grocery buying; they purchase everything online. These are also the people who plan on dressing up on Eid in old clothes and stay home.

The writer is a communications manager at a private company. She can be  reached at [email protected] 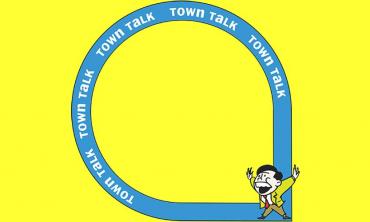