Women at work and the pandemic

In Pakistan, only 22 percent of women of age 17 years and above participate in the formal labour market. This can create the impression that women are either not working or are prohibited to take part in economic activities. This inference is both right and wrong at the same time.

What is wrong about this perception? Women perform many tasks from dawn to dusk at homes; in some cases, they work for more hours than their male counterparts. However, the effort is often not considered ‘work’ because it remains unpaid or is largely regarded as a duty towards their families in exchange for the care and love they receive.

Performing more household chores is gender-specific in South Asian countries and Pakistan is no exception. Women are socially labelled as home-care takers.

The second inference likely to be derived from the low female labour force participation too is partially correct as most women are deprived of opportunities to work due to strict social norms, cultural values, limited job opportunities, and gender discrimination. Sometimes, women themselves avoid participating in the job market because that can mean increasing responsibilities and less equal distribution of work at home.

The recent outbreak of Covid- 19 has affected all working women, including women who are employed, under-employed and offered underpaid work in the definition of working women, keeping in view that non-recognition of the women’s share in unpaid work is sheer discrimination and violation of their rights.

The pandemic has compelled the government to take some unpopular decisions. One of these was an extended lockdown. Those hit hardest by the extended lockdown included small businesses and manufacturing units.

The Survey indicates that only 25 percent of males and 60 percent of females take care of children and ill persons at home in Pakistan. It can be inferred that during the pandemic, women are bearing more burden in terms of taking care of ailing family members.

Female health professionals, such as midwives, nurses, paramedics and doctors, are on the frontline and more susceptible to the deadly virus and also socially bound to keep performing multiple responsibilities.

In Pakistan, a tiny proportion of female population joins health sector as physicians and consultants, the unavailability of protective equipment at hospitals and administrative negligence can deprive the country of the already scarce female workforce in the health sector.

Gender-budgeting calls for extensive information on the number of coronavirus affected people, deaths, and recoveries by age and gender. It will help target the most vulnerable of the vulnerable in Pakistan.

Another largely neglected group of women is private school teachers, home tutors and home-based workers. The closure of most businesses has deprived them of their opportunities to earn and have a decent standard of living. Most of the internally displaced and migrating women who were working as domestic help have become similarly unemployed on account of social distancing.

These poor women are not registered in any welfare programmes because they chose to earn livelihood in a dignified manner. Further, they have mostly been underpaid due to their weak bargaining positions. These women, like many others, are likely to bear the brunt of Covid-19.

Women who used to help the small eatery businesses of their spouses or family from home by providing cooked food, offering help in commercial laundry and tailoring etc have been rendered unemployed. The increasing number of infections and deaths and subsequent extension in the lockdown are aggravating their distress and deprivation.

In major cities, many women were working in textile and readymade garments sector. The breakup of supply chains, cancellation of orders from abroad and looming business uncertainty have left them without paid work.

According to a study by International Labour Organisation (ILO), in the garments, textile and footwear (GTF), nearly all women (96.1 percent) were employed in small firms with five and fewer staff. In comparison, 69 percent of males were employed in 2014-15. Most of these firms are unregistered companies.

Less than three percent of women were employed in registered firms while 42 percent of males are employed with them. Besides, the gender wage gap in garments, textile and footwear was 66.5 percent in 2014-15. The gender wage gap is attributed to occupational segregation, inequality of access to education and vocational training opportunities, and a lower rate of union membership among women. The lingering of the pandemic will likely increase the wage gap and further limit job opportunities for women.

The median age of employed women is 25-34 years in GTF. This indicates that most of them are young bread-winners. Unlike male workers, females have fewer chances to resume the job after the pandemic is over and get any compensation during the lockdown.

The document shows that non-compliance with minimum wage was higher in firms operated by an individual with two to three staff members.

The LFS data shows a decline in the employment of females from 2012-13 to 2014-15 in garments; it decreased from 62 percent to 53 percent while employment of male workers remained unchanged. A decline in female employment with a decrease in the total employment rings the alarm about the layoff policies of the industry.

There is no official data on the number of home-based workers producing garments in Pakistan. Many garment workers operating from homes do not even know the names of the brands they are working for. It may be due to illiteracy and not being on the front in dealing with contractors; as it is a common for male family members to negotiate with the contracting firms on behalf of the women.

According to the ILO, only 23 percent of the total labour force is unionised in Pakistan. Most of the unions are at worksite. The home-based workers, comprising mostly women, are thus unable to fetch support of unions for the compensation.

Gender-disaggregated data should be available for women at work. The collection of such data will help the government assess the vulnerability of women to coronavirus impacts. Gender-budgeting calls for extensive information on the number of coronavirus affected people, deaths, and recoveries by age and gender. It will help target the most vulnerable of the vulnerable in Pakistan.

The writer is an assistant professor, at the Department of Economics at the University of Karachi. She can be reached at Lubnanaz@uok.edu.pk

Women at work and coronavirus pandemic 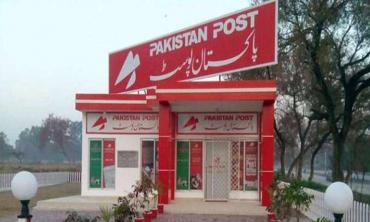 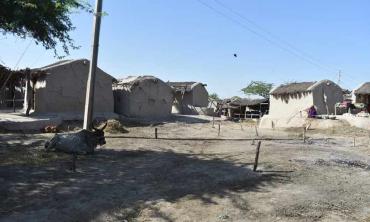 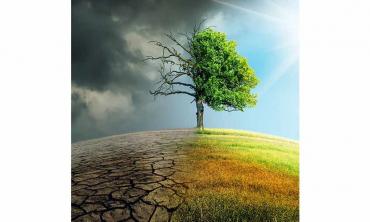