It may not be for everyone, but The Willoughbys is likely to delight fans of quirky whimsy.

Tagline: A family story for anyone who ever wanted to get away from their family.

After garnering considerable success with the Annie-winning (and Oscar nominated) Klaus, Netflix has released its second animated feature which is just as delightful as the first. (The computer animated) The Willoughbys may not have many thematic or stylistic similarities to (the traditionally animated) Klaus, but the movie once again finds the streaming service embracing offbeat, whimsical, riskier projects and triumphing as a result.

Built around the grim premise of children being so unloved by their parents that they reckon they’d be better off as orphans, the film brightens its dark tale with colourful visuals and buoyant levity. The story – which is based on the book of the same name by Lois Lowry – often takes a bleak turn but also exudes warmth and dispenses several lessons in the process.

Narrated by a sardonic street cat (voiced by Ricky Gervais) who warns us from the very get-go not to expect a typical fluffy and fuzzy kids’ yarn, the movie tells the tale of the Willoughbys, a family with a shining history thanks to generations of great men and women, all with very impressive facial hair. But the present day Willoughbys are a different story altogether. The parents – Walter (Martin Short) and his knitting-obsessed wife Helga (Jane Krakowski) – are so in love with each other that they have no affection left for their children. The kids – pragmatic Tim (Will Forte), budding singer Jane (Alessia Cara), and the inventive Barnaby twins (Sean Cullen) – are starved, ignored, and neglected; their frustration ultimately reaches the point where they decide to hatch a scheme to get rid of their parents.

Taking the bait, mother and father Willoughby go off on a vacation that has been designed by their offsprings to be full of peril and hazards. But soon after the departure of the grownups, the arrival of an eccentric babysitter (Maya Rudolph) cuts short the youngsters’ celebration of freedom, a series of events then leading the kids’ to concoct a scheme to get rid of the nanny as well.

But when things go from bad to bonkers, the siblings are forced to reassess their situation and try to find a fix for their predicament while learning lessons on the importance of family, both the one you’re born into and the one you choose.

It’s an inventive, off-kilter outing that skewers tropes while tipping its hat to several children’s classics but never losing its own identity, both in terms of its distinct voice and its terrific visuals. Plenty of grim topics and ideas are at the core of what otherwise feels like a whimsical adventure. Despite its seemingly cheery disposition though, the difficult themes may not be very suitable for sensitive young viewers; parents will be better able to assess if this type of content is something that their respective kids are able to process and enjoy.

Nonetheless, there are plenty of teachable moments about family and enough warmth to offset the gloom as well as gags to keep viewers entertained.

The voice cast is wonderful, each actor chosen perfectly. Their delivery is energetic and vivacious, and the script makes good use of the performers’ skills, be it their comedic backgrounds (Rudolph and Krakowski shine in particular) or singing abilities (Cara’s song is woven into the narrative).

All in all, The Willoughbys is an amusing, dark, colourful, fast-paced outing, and it feels like the kind of projects that make much better use of the streamer’s resources than the many dull to middling live-action films that Netflix has been releasing of late. Its quirkiness may not resonate with some viewers and its humour may not be for everyone, but if you enjoy irreverent, zany adventures, then The Willoughbys is well worth checking out. 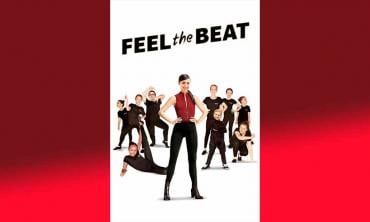 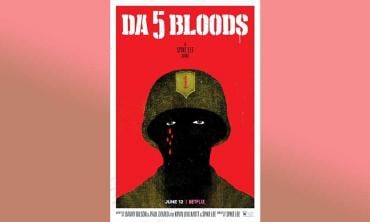 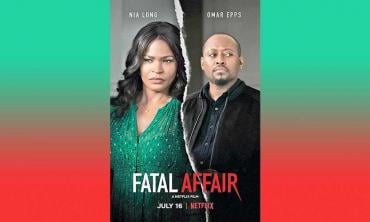