With his wizardry and determination, Qamar Zaman became the man, who finally won back the coveted British Open crown for Pakistan in 1975 after a long, barren run

It was finally a magician from Peshawar, who ended the barren run. Qamar Zaman, the man, who added colour to the international circuit with his dazzling array of shots, swam against the tide to win the 1975 crown, beating compatriot Gogi Alauddin in the final at the Wembley Squash Centre in London.

“What a tournament it was for me,” remembers Qamar as we chatted on a video call last Friday.

“Before the final, nobody, especially Hunt, took me seriously and it wasn’t their fault as I was seeded eighth. But I won. I believe it was the greatest honour that I’ve earned for my country,” he adds.

“My great grandfather Aurang Khan was a prominent player. Then came Zain Khan, who was an all India champion. My uncle Aftab Jawaid was a world amateur champion. My father was a squash professional in Quetta while I was the world number one player for three years. My sons were world class players. Squash runs in our blood. It has been our profession for five generations,” says Qamar.

Initially, Qamar was more interested in tennis but it was on the insistence of Aftab Jawaid that he switched to squash.

A gifted player oozing with natural talent, Qamar didn’t take squash much seriously as a youngster.

“When I was around 16 I played in a squash tournament in Peshawar in which I lost to Torsam Khan in the first round. But despite my loss, everybody present there appreciated my performance and that praise really encouraged me to start taking squash seriously.”

Qamar started working hard on his game and was rewarded in 1969 when he won the National Junior Championship in Lahore. He returned to Peshawar with a job in Pakistan Railways, knowing fully well that squash was now his profession.

Qamar started working harder. “It was really hard labour,” he recalls. “I used to practice for hours at a stretch. I played so much I tore more squash balls than I could afford. So I used to ask my mother to stitch them.”

Qamar’s poverty turned out to be a blessing in disguise both for him and for the game of squash. It was because of those torn balls that Qamar developed his signature drop shot, that the world of squash had never seen before.

“Since I had to play with torn squash balls, I could not hit them very hard. So gradually I developed a slow game which I mastered in those years.”

In 1972, Qamar became the national champion beating Hidayat Jahan in the final. PIA hired him after the victory. That same year, he made his debut in the British Amateur Championship and reached the final as an unseeded player. He also played in a series of smaller contests, winning them all.

“When I came back to Pakistan I had 30 rackets given to me by Dunlop. Four hours I used to put them in front of me just watching them. It was a great sight. Before my trip to England I owned a low quality wooden racket but now I had 30 and that, too, of the best quality. For the first time in my life I had proper gear and even had money in my pockets.”

Soon, Qamar became a regular on the international ciruit, reaching the British Open semi-finals in 1973 and ‘74.

Finally, in 1975 came the crowning glory.

“In 1975, I was in a great form,” says Qamar. “But I was seeded eight. Hunt was the top seed and favourite to win the title. Rex Bellamy, who was an eminent squash reporter, asked Hunt if he failed to win the title, which other player had the ability to claim the crown.

“Hunt said Jonah Barrington, Cam Nancarrow, Gogi Alauddin, Hiddy Jahan and Ken Hiscoe. Bellamy asked him ‘what about Qamar’? Hunt’s reply was ‘we can handle him’.

“I met Hunt in the quarter-finals and defeated him. I was suffering from a terrible toothache and was just surviving on soups. But I still managed to beat him in a match that last two hours and 27 minutes.

“But when I won against Hunt, people thought that now Hiddy would go on to win the title. But I beat him as well.

“Strangely, before the final everybody predicted that Gogi Alauddin would easily beat me and win the title. But once again I proved them wrong. Really confident, I hit 36 winners in the final and just three tins. It took me just 65 minutes for me to beat Gogi, who was one of the best players in the world at that time. It was seen as a big upset.”

The British Open triumph gave Qamar’s status a big boost. He became a star on the world circuit with his unorthodox style, cool temperament and witty behaviour on the court.

“I won a lot of tournaments after winning the British Open. Hunt was my biggest rival and I beat him in the finals of many international tournaments. But somehow I could never beat him in the British Open (after 1975),” recalls Qamar. “After Hunt retired, I faced a new Hunt called Jahangir Khan as my main rival. I played and lost against him in a lot of finals during the last six years of my career.”

Qamar finally decided to call it quits in 1989 and chose the Pakistan Open as his swansong. He requested the organisers to field him against Jahangir Khan.

“I wanted to play my last match against the world’s best player. I lost, obviously, but lost to a better player. I retired in a graceful manner and was given a memorable farewell.”

After retiring Qamar made a career with PIA and also devoted him time in the administration and development of the game. He was later elected as a Vice President of the Pakistan Squash Federation.

“I’ve seen the glory days of squash. Those were certainly the golden days of the game. I was friends with everyone from Hunt to Hiscoe and from Gogi to Hiddy. I was also friends with Jahangir and Jansher Khan. I have so many cherished memories with all of them.

“I am really thankful to God Almighty that he gave me a full life. I’m also thankful to PIA and the Pakistan Air Force who played great roles in the shaping of my squash career.”

Khalid Hussain is Editor Sports of The News [email protected] 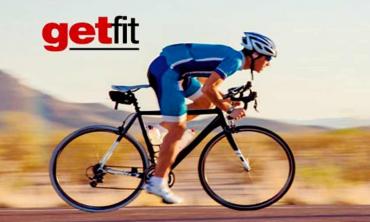 Cycling your way to fitness 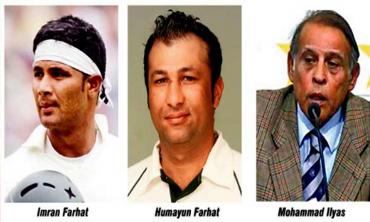 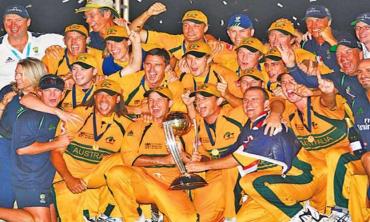