The coronavirus pandemic is exposing the slippery underpinnings of a globalised world where the spread of virus is globalised but responses to it are along nation-state lines. Take the case of India, where Hindu nationalism is being used to mobilise fear during a pandemic

In films like Contagion when a calamity strikes the world, individuals from different countries rise above national loyalties and work together to overcome and reaffirm their shared humanity. If only it were so in the real world.

The coronavirus pandemic is exposing the slippery underpinnings of a globalised world where the spread of virus is globalised but responses to it are along nation-state lines with big powers, such as China and USA, playing blame game and propaganda. While the virus is dominating the news-space in all parts of the world, there is little evidence of the crisis leading to a more collective, humane response where prejudices and bigotries that divide human beings are shelved – at least temporarily. In each country, those controlling the state are seeing the fear resulting from the pandemic as an opportunity to reinforce the ruling ideology.

In India, officially a secular democratic republic, the ruling party propagates a far-right Hindu nationalist ideology. Led by its strong leader Narendra Modi, Bharatiya Janata Party (BJP) has its base in Rashtriya SwayamSevak Sangh (RSS), a fascist movement, almost a century old, that claims to defend the Hindu nation from ‘perceived’ enemies. In my work, including the book Hindu Nationalism in India and the Politics of Fear (Palgrave Macmillan), I have investigated how Muslims, Christians, Communists and Secularists are all represented as enemies of Hindu individuals, communities and the nation. Muslims, the largest religious minority in India, are seen as the ‘enemy number one’. This political process of enemy construction deploys stereotypes of Muslims as ‘backward’, ‘excessively religious’, ‘extremist’, ‘conspiratorial’, ‘expansionist’ – and thus, ‘lethal’ to Hindu bodies and the Hindu Indian body politic.

The case of Tablighi Jamaat congregation in Nizamuddin area in New Delhi unfortunately becoming a vector of coronavirus provided a perfect excuse to Hindu nationalists to demonise all Muslims, conjure up and distract the attention of the public from state failures by focusing it on the behaviour of a minority.

The irresponsible behaviour of Tablighi Jamaat in organising major congregations mid-March, a time when the corona pandemic had already become part of global and Indian consciousness, came as a golden opportunity for Hindu nationalists who were reeling from criticism of a lockdown that had left hundreds of thousands of migrant workers on the move, trying to escape to their homes. Images of long crowded queues and of individual emaciated workers trekking hundreds of kilometres to reach their homes was immediately replaced on Indian TV channels by the images of long-bearded Muslim men, Tablighi Jamaatis, crowding together and then travelling to different parts of the country, carrying coronavirus with them.

Narendra Modi, like Xi Jinping, Viktor Orban, Vladimir Putin and Recep Erdogan, is comfortable with political spectacles that display the cult of personality and authoritarian leadership as efficient and desirable. Rather than shifting public spending away from military into health and social sectors, these leaders indulge in scapegoating.

Tablighis are known for being ‘excessively pious’, ‘polite’, ‘conservative’ and ‘apolitical’ and yet if one scanned Indian news channels or the Twitter world, one would be excused for thinking the Tablighi is a mix of warrior Rambo, lethal ISIS, terrorist Al Qaeda, and the perfect Bollywoodesque conspirator. There is no doubt that the large-scale gatherings of Tablighi Jammat during the time of pandemic have been irresponsible but these have taken place not only in India but also in Pakistan and Malayasia. Yet, it is only in India that this irresponsibility has been represented as an ‘evil Islamist conspiracy’.

The behaviour of some members of a sect is being read as a predilection of all Muslim. Muslims crowd together in ghettos; Muslims are irrationally religious; Muslims want to spread the disease and harm Hindus; Muslims are wilfully working with some foreign forces to prevent India from becoming a super power — these stereotypes of Muslims are not mere cultural prejudices, they also underpin a bigotry that enables socio-economic exclusion and political marginalization of Muslims in the name of securing Hindu India. The ‘imagined Muslim’ is seen as an untrustworthy foreign element in the Hindu body politic that needs to be expunged, the way a dangerous virus is fought against.

This mainstreaming of dangerous ‘Muslimphobia’ during the time of pandemic serves three main purposes. First, it reinforces the ideological message of Hindu nationalists – Muslims are ‘irresponsible’ and ‘untrustworthy’ at best and ‘dangerous’ and ‘inimical’ at worst. The awakening of Hindu body politic to this notion of Muslim enmity is important to save India as a country. State and mob violence against Muslims thus, becomes legitimised in the name of security.

Second, it distracts the public from any democratic scrutiny of tackling of the coronavirus crisis by the government. The fate of hundreds of millions of impoverished workers and homeless people is no longer news, but the conduct of a few hundred Tablighi Jamaatis becomes the main news. This reinforcement of the image of Muslims as conspiratorial and dangerous will become part of the long-term memory of the crisis — at any point in the future, it can be weaponised by Hindu nationalists to further control, surveil and dehumanise all Muslims.

Third, it generates a spectacle. Narendra Modi is an expert in mobilising people through the deployment of spectacular shows. Getting hundreds of millions of Indians in different parts of the country to clap around at the same time or light candles in unison is less about thanking health and sanitation workers than generation of a political culture where a single person develops political messaging that is respected by many and feared by others. In that spectacle-based political messaging, purportedly for national unity, the images of bearded Muslim men as carriers of virus play the role of an anti-hero.

Narendra Modi, like Xi Jinping, Viktor Orban, Vladimir Putin and Recep Erdogan, is comfortable with political spectacles that display the cult of personality and authoritarian leadership as efficient and desirable. Rather than shifting public spending away from military into health and social sectors, these leaders indulge in scapegoating. Minorities, dissidents, and foreign forces are scapegoated and held responsible for all the problems. Coronavirus crisis will, hopefully, go away one day but the more dangerous virus of hijacking of public life by leaders and ideologies that crush individuals and communities in the name of abstract ‘people’ is likely to continue to flourish.

Professor Dibyesh Anand is based at the University of Westminster in London. He is the author of many articles and books including ‘Hindu Nationalism in India and the Politics of Fear’. Twitter @dibyeshanand

Coronavirus in India: Hindu nationalism being used to mobilise fear during pandemic 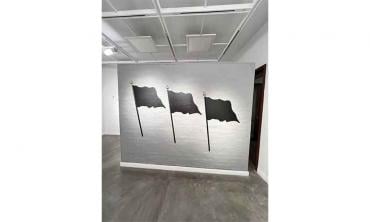 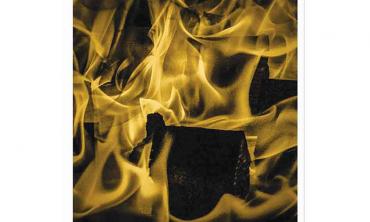