A tale of boyhood and tragedy

The story of an unlikely yet endearing friendship, set in 1964 colonial Ceylon

Gunesekera sets his latest novel Suncatcher in 1964 colonial Ceylon, a decade before it emerged as Sri Lanka, against the backdrop of political turmoil and the irrevocable whisperings of an impending revolution; marked by ethnic Sinhalese on the rise; appeasement of the political right and valorisation of the mother tongue. Though classified as a historical fiction offering, the narrative renders it as a coming of age parable, thematised by lessons of innocence and experience; and the inevitability of loss as a rite of passage.

The story begins with the same gambit that forms the crux of the novel; an unlikely yet endearing friendship between two boys, Kairo and Jay. This bittersweet novel, divided into four chapters: Crow, Gallinago, Lihiniya, and Fireflies, is narrated from a retrospective perspective by an older Kairo and self-serves as a bildungsroman of sorts. Kairo and Jay first meet in a Church parking lot in the capital city of Colombo and shortly afterwards engage in a bicycle race which quickly establishes their boyhood and dictates the nature of their friendship. Kairo describes Jay as “…a guide, a hero, an illumination” and himself as an “acolyte” that Jay needed at the time. It is this very subjectiveness that gives Gunesekera’s readership not only a haunting preamble of the likelihood of tragedy about to unfold but also an emotive friendship that is worthy of exploration, which blossoms with the turning of every page.

The boys hail from strikingly different backgrounds. Kairo belongs to a solidly middle-class family. He is the son of Clarence, a government servant by profession but also an extroverted Trotskyite. He has a fondness for sneakily betting on English Derby racing whilst also worrying about socialism and the Left disappearing as a political option; given the rise of Sinhalese linguistic chauvinism. Kairo’s mother works at Radio Ceylon whilst she worries about her only son’s future and considers the probability of his husband’s career being in peril because of his poor Sinhalese.

Kairo’s parents are sceptical of his friendship with Jay due to his family’s ‘petty bourgeois’ status. Jay is that slightly older boy who lives up the road, with a home grand enough to be called Casa Lihiniya – where adults unlike Kairo’s mother, are too distracted to interfere with him. Despite the luxury gardens and his uncle Elvin’s car collection; Jay is a bit of a Peter Pan; committed to developing disparate interests perhaps to distract himself from his father’s infidelity. His mother’s response to an unhappy marriage is to take to drink.

Suncatcher is a promising offering for historical fiction lovers. If one is drawn to South Asian literature, then Suncatcher is definitely worth a read.

Kairo is enamoured by Jay’s enigmatic personality and charisma and becomes increasingly aware of his precocious nature, intelligence, quick wit and talent. Talented with his hands, Jay builds an aviary with the finest collection of birds. He also has an aquarium with fish. This is the world that Kairo enters with fascination.

At some level, Gunesekera could potentially be seeking to create a metaphor with the aviary – constructing an idyllic world which would be inclusive of various ethnicities living together – as diversity was beginning to acquire redundancy at this point in Sri Lankan history.

As the relationship between the two develops, Kairo takes a liking to Jay as his mentor who would educate him on cars, guns, fish, birds and to a considerable extent, girls. Niromi, Jay’s love interest, sparks a romantic fissure into the narrative and highlights the inevitability of young love. There is definitely something Tom Sawyerish about Jay’s character; a playfulness, a yearning to achieve more and he finds his perfect Huckleberry Finn in Kairo; a slightly younger, more impressionable “acolyte” desperately waiting for his “childhood demons to die”.

As every teenager grows into adulthood, they relate to highly co-dependent friendships during their childhood years. This is exactly the background behind Jay and Kairo’s relationship where Kairo begins to experience separation pangs and anxiety once he discovers the romance between Niromi and Jay.

Gunesekera chooses sensibility over plot. This might be off-putting for some who are accustomed to more expeditious writings, with briefer chapters and suspenseful plots. Suncatcher, however, is delicately paced with great attention to detail regarding the chaotic political landscape and the boyhood that ensues between Jay and Kairo.

Gunesekera has a flair for artful craftsmanship of characters, which makes him a languorous and imagistic storyteller. His writing is particularly successful in parts where he describes the looming democratic uncertainty that plagues an unstable Sri Lanka in the 1960s. While the adults are trying to decipher the strange political atmosphere, the two boys are on an involuntary mission to discover themselves through their joint efforts in the construction of aviaries and aquariums – expressing their growing pains through the exploration of wild colours of nature and far-stretching paddy fields. Gunesekera does not labour these ideals too much in the wider narrative, he lets his readers tease them out, leaving a great deal to the imagination.

Suncatcher is a promising offering for historical fiction lovers. If one is drawn to South Asian literature, then Suncatcher is definitely worth the read. Gunesekera is a dedicated littérateur who has been surprising the literary world since 1994 with his debut novel Reef which was shortlisted for the Man Booker. He has been the recipient of the Yorkshire Post Book Award, among others and is also a renowned literary critic.

The reviewer is a curator and culture writer

Gunesekera sets his latest novel Suncatcher in 1964 colonial Ceylon, a decade before it emerged as Sri Lanka 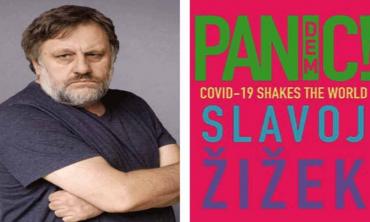