How much data on the spread of the coronavirus have the officials collected? The question is critical in that the answer will help determine the outbreak’s impact on the country

It is over a month since the coronavirus started sweeping across the country. The first case was detected on February 26. The first death was reported on March 17. With the number of infected cases rising by the day, experts predict that the crisis will get worse by mid-April. We are told that what we have seen is only the tip of a very dangerous iceberg.

The government is in a race against time to try to understand the nature of the virus, frame policies and execute those to contain the pandemic. The people are fearful, and want to be reassured that the government has a grip over things. They want to know how fast the disease is spreading? How bad is it? Are the published numbers of the infected accurate?

Currently, no one has good answers, simply for the reason that there are not enough tests being carried out.

The World Health Organisation has made forceful pleas that epidemiological testing is the only way to break the chains of transmission, alongside social distancing and personal hygiene.

But health authorities in Pakistan are saying that if you suspect yourself to be a carrier of the virus, stay away, alone, isolated — and seek a testing facility only if you show dire symptoms.

In a country like Pakistan, where testing facilities are sparse, this can perhaps be justified. Hospitals and laboratories are rationing testing kits – because, for a population of 220 million, the Ministry of National Health Services has identified only 15 labs that have biosafety level 3 testing expertise for Covid-19.

The National Disaster Management Authority is trying to buy more testing kits and expand lab capacity. It is also talking about starting a training programme for paramedics and lab staff. That’s all good stuff but whether it is enough to control the virus and to make an epidemiological assessment is another story.

The RT-PCR test is the most effective method to detect the virus. But its efficacy is dependent on how well healthcare workers take samples from patients, from the nose and the back of the throat. According to experts, the deep nasal swab test can be up to 70 percent accurate.

A senior pathologist based in Lahore tells me that there’s no shortage of trained staff but their safety is a cause of worry. SOPs must be put in place to protect the lab staff from high-risk infections. “They are on the frontline, and must be tested for Covid-19,” he says.

He adds that the turnaround, the process of sorting the infected and non-infected cases, must be quicker, “especially now that we are seeing an increase in locally transmitted Covid-19 cases”.

Testing is absolutely vital to understanding the nature of the pandemic. Take the small Italian town of Vo, where a pilot project, in collaboration with researchers at the University of Padua and the Red Cross, was launched where all the 3,000 residents were tested. This included those that did not show any symptoms. They quarantined people even before they began to show signs of the infection. “In this way, they were able to eradicate the virus in less than 14 days,” claim Andrea Crisanti, a professor of microbiology at the University of Padua, and Antonio Cassone, a former director of the Department of Infectious Diseases at the Italian Institute of Health, in an article printed in the Guardian on March 20, 2020.

Health authorities are saying that if you suspect yourself to be a carrier of the virus, stay away, isolated — and seek a testing facility if you show dire symptoms.

Unfortunately, it would be impossible to replicate the Vo model in Pakistan, due to the number of people needed to be tested. But it illustrates that the best line of defence is testing — to catch out the virus before it spreads.

Testing is also fundamental to gathering data; on, say, the symptoms, number of mild and severe infections, number of persons recovering and the source of the infection.

Dearth of specific data in Pakistan is frustrating experts trying to understand the dynamics of the spread of the virus. Although the National Institute of Health (NIH) website provides the number of suspected cases at hospitals, lab results and hospital occupancies, and the number of patients in quarantine province-wise, they are sketchy, as the Institute collects statistics only on extreme cases. Data on asymptomatic patients or ones with milder symptoms is not maintained.

The Pakistan Institute of Development Economics is using official data to estimate the actual number of infected persons. As the data set grows with time, they are hoping to improve their model to get better results. Given the time sensitivity of the matter, the Institute thinks that their model provides a good base to see where things are heading.

On the basis of analysis of the data on March 27, when the total number of confirmed cases was 1,235, and the total number of deaths was 9 they drew the following conclusions: First, that the death rate is currently not very high for the number of confirmed cases. Second, that the range of undetected cases is between 2,000 and 9,000; the more accurate this estimate is, the better position the government will be in to decide on how to deal with the problem. Finally, that if we persist with only testing symptomatic cases, there is a high likelihood of the actual number of infections to explode over time. “That’s exactly why the PIDE advocates the use of mass-testing,” says Amin Husain, a PIDE consultant. “Actual numbers are important because they can be used for more accurate predictions of the course the infection is going to take than ‘confirmed’ numbers.”

For now, the PIDE is treating Pakistan as a single large population. When it breaks it down to a more granular level, where it inspects data from smaller geographical areas (cities and villages), it should be able to get better estimates, “especially if information of movement of people between cities is included,” says Husain.

These are important details for policymakers to develop strategies for checking the pandemic. Such models are the starting point of understanding the pandemic. Testing all citizens, irrespective of whether or not they have symptoms, provides the best way to control this pandemic. Presently, we don’t even know the true infection rate in Pakistan. There is good reason to suspect that the government researchers are relying on data from other countries to predict the spread of the virus.

In a press briefing on April 1, Asad Umar, the minister for planning, development and special initiatives, mentioned R-naught value that indicates how many people an infected person infects on average, is being worked on. However, further details of the model were not made public.

Till the data is shared, people will rely on guesswork. This can stoke paranoia.

Data on coronavirus spread to help determine impact on Pakistan 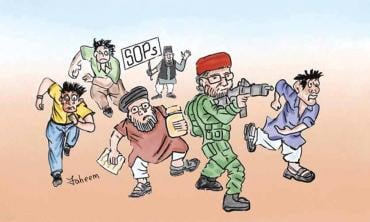 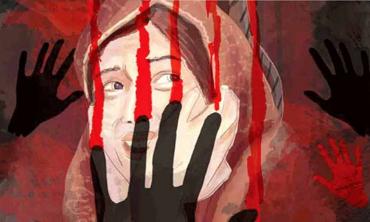 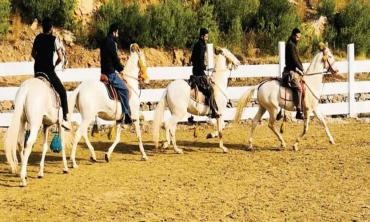