In her latest novella, Fauzia Rafique weaves an endearing story of love, resistance, and community in the South Asian diaspora

“We consider insects to be weak, insignificant, yet they know how to live their lives on the sly, quietly. They are resolute. Determined and tough. Big and small, crawling, floating, flying; their types are countless.”

This sentence from Fauzia Rafique’s latest novella, Keero, succinctly captures the sensibility the author brings to her portrayal of queer Punjabi life in the diaspora. Set in Surrey, Canada, the novel is structured around the ordinary lives of five principal characters, Keero, Haleema, Naila, Daljeet, and Isabella, whose small, seemingly simple, insect-like world becomes the conduit for exploring pressing themes of postcolonial literature: migration, identity, language, and community.

Haleema’s decision to name her son Keero, an unusual and comical epithet, is explained to a curious Naila as a paean to the humility and adaptability of keeray (insects). As the title of the book, Keero serves as a symbol for the quiet resistance of every day, a reminder of the resilience of the marginalised subjectivities and silenced histories in the subcontinent.

Fauzia Rafique is a Pakistani-Canadian novelist and poet. Her previous works include two novels, The Adventures of Saheban: Biography of a Relentless Warrior (2016), and Skeena, which was published in both Punjabi (2007) and English (2011). Rafique is also a prominent progressive activist in the Canadian diaspora, with a keen interest in regional roots and feminist consciousness, concerns that shape the political and cultural themes explored in her latest offering, Keero.

The novel’s opening chapters resonate with the optimism of Haleema and Keero, the mother-son duo who are reunited in Canada after a long separation. Keero has finally managed to arrange for his mother to join him in Surrey from Pakistan, and after years of working three jobs a day, he has managed to establish a small clothing business of his own.

The picture of content, middle-class domesticity painted in these early pages in punctuated by flashbacks that unearth a painful past in Pakistan. Keero had fled the country for his life, with a blasphemy allegation hanging above his head, while Haleema had spent years scraping by as a domestic worker, suffering abuse at the hands of a husband for whom she had converted from Christianity to Islam.

In particular, Haleema’s reminiscences of her past conjure the complex history of religious identity and communal relations in the Punjab. This history is embodied by her very own character: the daughter of a Sikh woman who was forcibly converted to Islam during the ruptures of partition, who herself later converts to Christianity, and then embraces Islam for marriage.

The character of Haleema Alice Bibi – a somewhat whimsical name akin to Keero, yet also arguably commonplace in the heterogeneous religious landscape of rural Punjab offers us a window into the precarity of low-caste Christian lives in Pakistani Punjab, a subject that remains largely invisibilised in contemporary writing across Pakistan.

This novel by a woman in a male-dominated literary sphere must be commended for its bold exploration of untouchability, gendered subjectivity and queer sexuality.

Keero recalls vividly how one of his Christian classmates was beaten bloody for drinking water during the month of Ramazan by the school children, who later turned on Keero when he tried to defend him, with cries of choorha (untouchable). Through these characters and their lives, Rafique lays bare the casteist construction of religious prejudice in Pakistan, yet avoids caricaturing them as hapless, immiserated victims by narrating these stories in their own voices:

“My dear Daljit, my mother and I, we are mussalli. In your parts, perhaps they call us dalit. Our ancestors were low-caste Hindus, who converted to Islam thinking they could escape the stigma of pollution. Yet it clings to us, even here, in Canada.”

The matter-of-fact manner in which the characteristically reticent Keero shares this visceral experience with Daljit marks the budding of their intimacy, taking us towards the core of the novel’s plot which revolves around the terse negotiation of queer desire in a diasporic Punjabi community.

Further, Rafique’s novel also explores the politics of language through the hybrid prose deployed by the author herself, and the character of Naila, who works a managerial job in Keero’s firm. Naila left Pakistan as a young woman of eighteen.

Married to her mother’s cousin, a much older man who was ‘settled’ in Canada, her marriage provided her family the means for fulfilling their middle-class aspirations for social mobility. The chapters narrated in Naila’s voice shine for their wit, candour, and immediacy of experience, as Naila lets the reader into her abusive marriage, and the process through which she eventually acquires the courage to stave off her oppressive circumstances, with help from Isabella and Haleema. While the persistence of colonial linguistic hierarchies is an oft-discussed theme in contemporary Punjabi writing, Rafique’s contribution lies in articulating a gendered critique of language in patriarchal Punjabi society.

“The question of language, really, how does Bela [Isabella] put it… ‘confuses’ me. When I talk to my phupheeaan, they tell me I don’t speak Punjabi properly. When I speak to my maaseean, they say your Urdu is far from proper, while Rahim [her husband] and the white people in Canada tell me I can’t speak English well. What am I hearing from all sides? That I speak three languages, yet I do not know how to use any of them correctly. Yet I speak all three. I can. I do. I feel that those who taunt me about my language, actually don’t want to hear what I have to say.”

Mediated by the structures of family and race, Naila’s relationship to English, Urdu, and Punjabi complicates the simplistic equation between language, nation, and culture, compelling us to examine the intersections of class and gender that refract the question of language politics.

While more attention could have been paid to developing an original narrative tone for each character in the book, this novel by a woman in a male-dominated literary sphere must be commended for its bold exploration of untouchability, gendered subjectivity and queer sexuality.

The author pushes the prevalent tropes of Punjabi writing beyond nostalgia and ethnic identity, forcing us to imagine a geography that traverses the Indo-Pak border, and reckons with the legacies of empire. Spotlighting characters who inhabit the margins of caste, class, and gender in South Asian society, Rafique weaves an endearing story of love, resistance, and community in the diaspora, with important lessons for fighting the structures of oppression both at home and abroad.

The writer is currently pursuing a PhD in Postcolonial Literatures at the University of Cambridge. 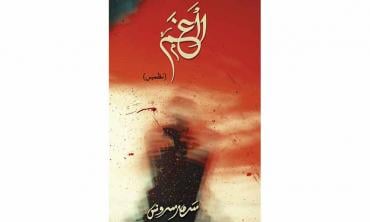 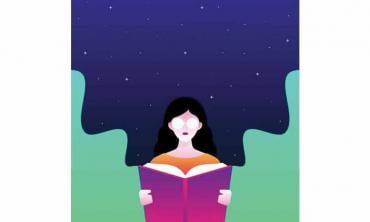 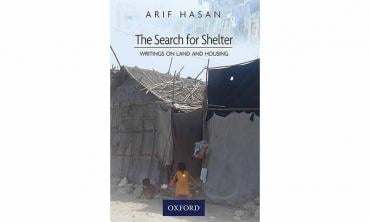