There comes a time in cricketers’ career when they decide to hang their boots and watch the game from the sidelines. However, there have been many cricketers who chose to stay within the boundary rope and perform their duties as international umpires. Some of them managed to do their jobs well and are well respected such as Srinivas Venkataraghavan, Asoka de Silva, Richard Illingworth and Paul Reiffel. In Pakistan, as many as six former cricketers managed to return to the field as umpires. Who were these cricketers and how did they perform, let’s find out:

Aslam was in his 30s when Pakistan gained Test status. At that time he had a first-class cricket experience of over a decade. Not only did he score the first-ever first-class century in the newly-founded country (in 1947), he was also part of the team that represented Pakistan in the first 'unofficial Test' against the West Indies in Lahore. It was unfortunate that despite a good enough tour of England in 1954, he played just one Test for Pakistan.
After retirement, he took up umpiring on the insistence of his “unofficial Test” captain Mian Mohammad Saeed and stood in three Tests during the 1970s. At the time of his death in 2011, he was the oldest surviving Test cricketer for Pakistan, living up to 91 years and 17 days.

Javed may have played just one Test for Pakistan but he was far superior to any other off-spinner during his playing days. He played 51 first-class matches from 1959 to 1976 and took 197 wickets at an unbelievably low average of 18.21 and at an amazing strike rate of 49. Interestingly, he entered the umpiring arena in the same year in which he retired as a player and his first assignment was an ODI between Pakistan and New Zealand in Sialkot. He continued his umpiring career till 1999 and officiated in 18 Tests and 40 ODIs.
His last Test that was played between England and South Africa at Headingley in 1998 was marred by controversy as he was accused of favouring the hosts, giving as many as eight terrible decisions against South Africa. The South Africans alleged that Javed was involved in match-fixing, long before their own Hansie Cronje was found guilty. The umpire rubbished the claims but quit umpiring after officiating in one more Test (at home) and in the World Cup where his final decision caused a spat between the two teams, one of them being the hosts England.

Saadat was also one of the many one-Test wonders to represent Pakistan. Despite being an excellent fielder, his Test career was limited to one appearance (against New Zealand at Dhaka), and his first-class appearances were limited to 17 matches. He did turn to umpiring after retirement but officiated in one match only — between Pakistan and India in 1978 at Sialkot, a match that Pakistan won by 8 wickets. He was always destined for bigger things and ended up serving as the Assistant Secretary of the Board of Control for Cricket in Pakistan (BCCP) for some time.

Nazir was a fine off-spinner who took 7 for 99 on his Test debut in 1969. Although Nazir Jr — as he was known — last represented Pakistan in 1983, he played only 14 Tests during the 14-year period, ending his career with 34 wickets. He turned to umpiring in the 1990s and officiated in 4 Tests and 11 ODIs between 1994 and 2000. His final Test match was marred by controversy as he let his fellow umpire Steve Bucknor extend the match between Pakistan and England despite bad light and time for Iftaar (the match was being played during Ramadan). That was the first and so far the only match that Pakistan lost at the National Stadium, and with it ended the umpiring career of Nazir Jr.

He played one Test and six ODIs for Pakistan, but Ghauri was a good left-arm spinner who could bowl according to the situation. In first-class Cricket, he was a star performer who ended his career with 641 wickets in 147 matches with a bowling average of less than 23, and a strike rate of 57.
As an international umpire, he enjoyed a relatively longer career. He officiated as a neutral umpire in as many as five Tests in 2005 and 2006. He also stood in as many as 43 ODIs and 4 T20Is from 2000 to 2010. He was one of the match officials who were riding with the Sri Lankan cricket team when it was attacked in Lahore in March 2009. His umpiring career ended on a sad note as he was banned by Pakistan Cricket Board for four years after its integrity committee found him guilty of being willing to accept money for favourable umpiring decisions.

Between 1969 and 1981, Sadiq was Pakistan’s first-choice opening batsmen, forming a dependable partnership with Majid Khan. He represented Pakistan in 41 Tests and 19 ODIs, scoring five Test tons, and two fifties in the limited-overs internationals. He enjoyed a healthy Test average of 36. He was among the first batsmen to don a helmet in international cricket, an act that saved many lives later. However, his umpiring career was not that great; it was short-lived as he stood as a local umpire in one ODI between Pakistan and Sri Lanka in 2000. It was during the Sri Lankan innings of that match that he put the ball in his pocket while moving to the leg umpire position, and the fielding captain Sanath Jayasuriya had to remind him that the bowler would need it in order to continue the match. 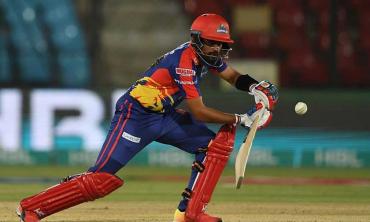 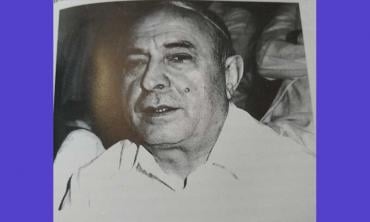 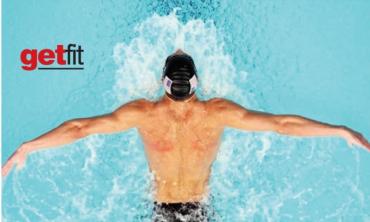