Coronavirus as a new sovereign

Basically, both in war and peacetime politics, the calculative mode of thinking prevails. In war, tribes and nations count their living and the dead. In politics, parties count their votes. The number of the living and the dead matters in a war dependent on the number of able-bodied citizens willing or unwilling to die while fighting for their rulers. To achieve maximum participation, some countries have introduced mandatory military training.

The entire national population in such states lives inside the war machine for one or two years. This is how the life of the sovereign is ensured. In the Western model of politics, the sovereign can declare war without consulting the citizens. In the native American and other tribal formations, the entire tribe has to approve of a raid on a neighboring tribe. Foucault theorised this relationship between living human bodies and politics as “biopolitics,” by which he meant the politics were basically about the governance of life and death.

Achille Mbembe developed this concept further and termed biopolitics as necropolitics. For Mbembe, politics is about death. The sovereign prevents the death of his/her citizens, declares war on other nations (to award them death), and also awards punishment to criminals (death sentence or life sentence) because they have attacked the lives of the subjects. For Giorgio Agamben, a sovereign is someone who can declare an emergency, a state of exception. During an emergency, the normal rules of life are suspended and people can be made to disappear (Musharraf demonstrated this) or executed without the due process of law (extrajudicial killings in fake police encounters). All this proves that politics is about the citizens’ right to live or die and the sovereign’s right to revoke that right.

Pathogens, viruses, and bacteria that start killing the citizens are politically and philosophically similar to an enemy nation but an invisible one. The sovereign has to protect the entire population from all enemies because that is the basic function and the claim to being a sovereign: the power to distribute death or to let people live. In this way, pandemics are a direct attack on the sovereign’s right to govern.

The right to govern is derived from the power to control the processes of life and death. In this way, pandemics-causing pathogens are a major challenge to the sovereigns of the world.

In this context, the prime minister’s statement that “poor nations cannot cope with such pandemics” is an admission that he is no longer a sovereign. The virus is the sovereign. Theoretically speaking, all taxation is then unjustified because people pay taxes so that they are protected from all internal and external threats. The police and the army are raised on the taxes collected from the citizens. But this new and invisible enemy has laid bare the false promise of the social contract in Pakistan. The Chinese, on the other hand, have proven themselves to be the true sovereigns and justified the collection of taxes because they have contained this threat successfully.

Colonised societies are too familiar with this scenario. They have experienced the extraction of resources, surplus, and taxation without any protection for centuries. Native Americans experienced the arrival of smallpox and syphilis with the arrival of the white people. They gave their gold and, in return, received infections. One historian has even found evidence of using smallpox-infected blankets at Fort Pitt: “Captain Simeon Ecuyer had bought time by sending smallpox-infected blankets and handkerchiefs to the Indians surrounding the fort — an early example of biological warfare — which started an epidemic among them. Amherst himself had encouraged this tactic in a letter to Ecuyer.”

This distribution of death to Others and life to the Self is an early example of using different life forms as weapons. Political power is basically power expressing itself through life. Taxation is basically the money given by the citizen to the sovereign for his or her safety from all threats that exist in nature or outside the borders of the republic.

Biological threats to the lives of citizens are thus not natural threats but political threats, because those who count the total number of citizens living within the borders of the nation, extract revenue from them after promising protection. If a sovereign cannot protect the citizen, that sovereign’s right to demand taxes is automatically abrogated.

This is what China has established within its borders and other countries are still trying to prove. The right to govern is derived from the power to control the processes of life and death. In this way, pandemics-causing pathogens are a major challenge to the sovereigns of the world. The virus is competing and challenging the sovereignty of our rulers. We shall see if the social contract remains valid in the coming weeks.

Coronavirus as a new sovereign 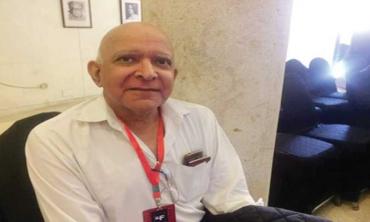 The voyage between two languages 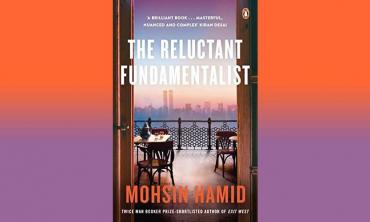 Discussing literature in a Texas jail 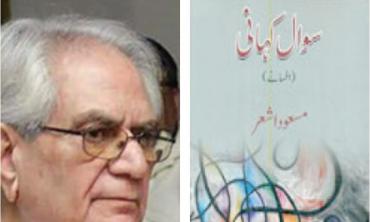