How to catch Dajjal in five easy and practical steps

Today we will show you how to catch Dajjal in five easy and practical steps.

Catching Dajjal has recently become a very popular pastime among people who love the great outdoors. You will have seen various manuals, guides and self-help books, some of them of questionable quality, on the very same topic. Although this can be a risky pursuit, if done properly and with expert guidance, there is no reason why it should not become a safe, rewarding and gratifying experience.

You will need the following essential items:

A TV anchor (only slightly unbalanced)

A red cap with tassels

Veena Malik with the veritable arm

A critical decision, before you set out on this adventure is which arena to choose for the hunt. There was a time when Dajjal used to roam freely in the vast plains of the Punjab, right up to the foot hills of Himalayas.

Babar writes in his Tuzk1 that he saw rhinos, elephants and Dajjals in the Soon Valley. In fact he opines that in a fight between a rhino and a Dajjal, the latter would have the upper hand. Unfortunately, with the advent of widespread agriculture and establishment of canal colonies, the natural Dajjal habitats have dwindled and now it is only seen in game reserves such as Positive News National Park.

Dr Oriole M Jan Jr is the world’s leading expert in this field. He says that the world’s finest specimens are now found in the Positive News National Park. If you are not careful, they can advance upon you on the sly and eat all your ratings and you will be left holding the Wage Board Award. Therefore, if you are camping out you must always have an adequate supply of denunciations to hurl and you must take care to keep your fatwas dry.

One would be greatly amiss, not to pay tribute to the doyen and the veritable patron saint of the Dajjal industry, Dr Shahid Mazboot, who revived a passion which at one time in our history was the high point of civilizational achievement, going back to the golden Abbasid Age.

In our zeal for Dajjal, there is a great danger that we will ignore the basic principles of sustainable development and put at risk, scores of anchors whose livelihood would be wiped out if this awesome creature were to disappear. Herein lies the invaluable contribution made by the world-famous conservationists, populating the media channels who have brought this threatened species back from the brink of extinction.

So here is how it goes:

You should choose an arena such as a PEMRA-approved private channel. Promise your audience that the end of the world is nigh and will be implemented during the commercial breaks and at the end of the programme. Choose a presenter from among the great public intellectuals of whom we have plenty. Get some pop corn. Get some archival Hollywood footage, with heavy bass sound effects. Voila, you are ready to roll.

All that now remains is to get some designer black flags (we would recommend Abu Muslim KhurasaniTM) and some thermonuclear re-mated weapons (fifteen to twenty will do). From then on, it is a quick scoot to Jerusalem, via Damascus and the everlasting Millennium.

Send an e-mail to [email protected]

Dajjal for beginners: How to catch Dajjal in five easy and practical steps 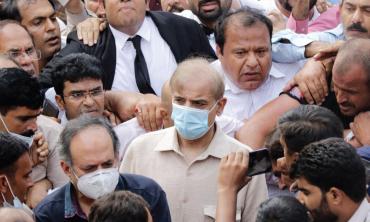 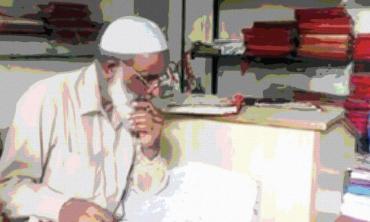 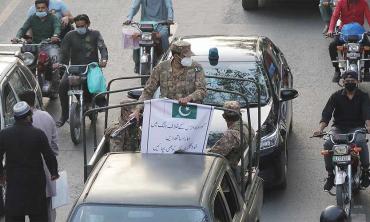