A conversation with the chairperson of the Child Protection and Welfare Bureau Punjab, Sara Ahmed, about her plans to tackle the challenge of protecting and rehabilitating children forced into beggary

The Child Protection and Welfare Bureau Punjab (CPWBP) was set up in 2004 to rescue vulnerable and neglected children in the province. But, the provincial government has yet to come up with some concrete policy reforms, and social programmes that safeguard the interests of children. The CPWBP needs not only to expand its ambit and services across Punjab but also bring other child protection institutions under its control.

The government’s initiatives for rehabilitation of the children leave a lot to be desired. There is a dire need to enhance the legal purview and scope of The Punjab Destitute and Neglected Children Act 2004 through amendments to cover various issues related to Child Protection in Punjab not yet covered by the law: a provincial plan of action for children, with a special focus on prevention, interventions, and rehabilitation of children from all forms of abuse and exploitation.

Though the CPWBP in a recent drive has taken as many as 300 beggar children into its protection, many are still begging on roadsides all over the province, and vulnerable to pedophiles. The rehabilitation process of these children moves at a glacial pace and is not as effective as it should be. The News on Sunday spoke to the chairperson of the bureau, Sara Ahmed about her plans to tackle the challenge of protecting and rehabilitating children forced into beggary.

“I agree that the CPWBP’s pace of rehabilitation work has been quite slow, especially in the tenure of the previous government. To rectify this, after assuming charge, I have initiated a number of new projects,” she says.

She says that the bureau is now also extending its jurisdiction and ambit of its work to provide protection to children working in hazardous environments and those who are victims of domestic violence.

“We are working to provide a safe and good environment to children we rescue. We are looking to give them proper education facilities, food, clothing, and medical care. The organisation has played a significant role in abating child begging, domestic violence, and sexual abuse cases, by lodging FIRs and taking culprits to task. We have been quite successful in ensuring a safe and secure fate of such children, handing them over to the most suitable families through an adoption procedure by child protection court”, says Ahmed.

“There are challenges that the Bureau has to tackle. There are financial issues, problems associated with the inadequate infrastructure here, and those relating to having an undefined bureaucratic hierarchy. But, we are working on improving things,” says Sara Ahmed.

She discloses that as per law they can only keep the children at CPWBP centers till they reach the age of 18 years. After that, they have to leave the centre and manage their own accommodation but the center supports them in the job hunt.

After runaway and lost children are rescued, they are presented before a court established for these purposes in the premises of the CPB. The Child Protection Officer (CPO) mentions the relevant sections in the indictment in accordance with the nature of crime before the case finally proceeds to the court.

Ahmed discloses that if the court orders registration of a case against the parents of a child taken into custody by the CPB, the CPO immediately gets the FIR lodged under Section 36 of the CP against the parents at the concerned police station. The maximum punishment for compelling children to beg or commit crimes detailed under the CPWBP Act ranges from the confinement of 3 months to 10 years or a fine starting at Rs10,000 which can go up to Rs100,000.

“Before I joined the CPWBP”, she says, “children were routinely set free shortly after having been taken into custody and hardly any punishment was awarded to their parents. As a result, these children were seen begging on the roadside again.”

Now, she says, no child is released soon after being taken into custody.

The child has to stay in CPWBP for at least a month.

“Parents found guilty of making their children beg on the roads cannot go scot-free. Our staff monitors such children,” she adds.

According to Ahmed, around 800 children are being kept at the CPWBP centres across Punjab. In Lahore alone the number is 350. “We have expanded our network to eight districts of Punjab by establishing state-of-the-art CPWBP centres,” she adds.

After assuming power, Ahmed says, she however, has called one meeting of the board to review the overall performance of the institution and speed up new projects initiated by her. She says that Chief Minister Usman Buzdar was not available to preside over the meeting, and in accordance with the law, she presided over the meeting in his absence.

With the Punjab cabinet finally approving the law to bring other child protection institutions under the jurisdiction of the CPWBP by making it mandatory for them to register with the Bureau, things seem to be moving in the right direction.

“There are challenges that the Bureau has to tackle. There are financial issues, problems associated with the inadequate infrastructure here, and those relating to having an undefined bureaucratic hierarchy. But, we are working on improving things,” she says. 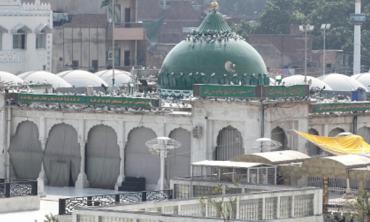 Preparing for the pandemic 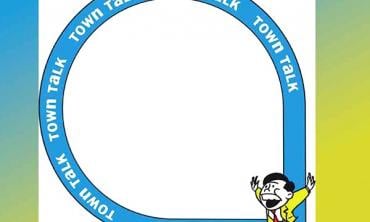 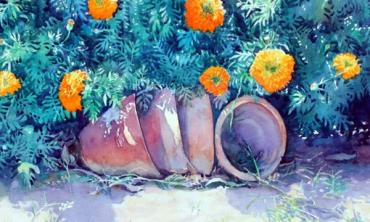 The true picture of Punjab